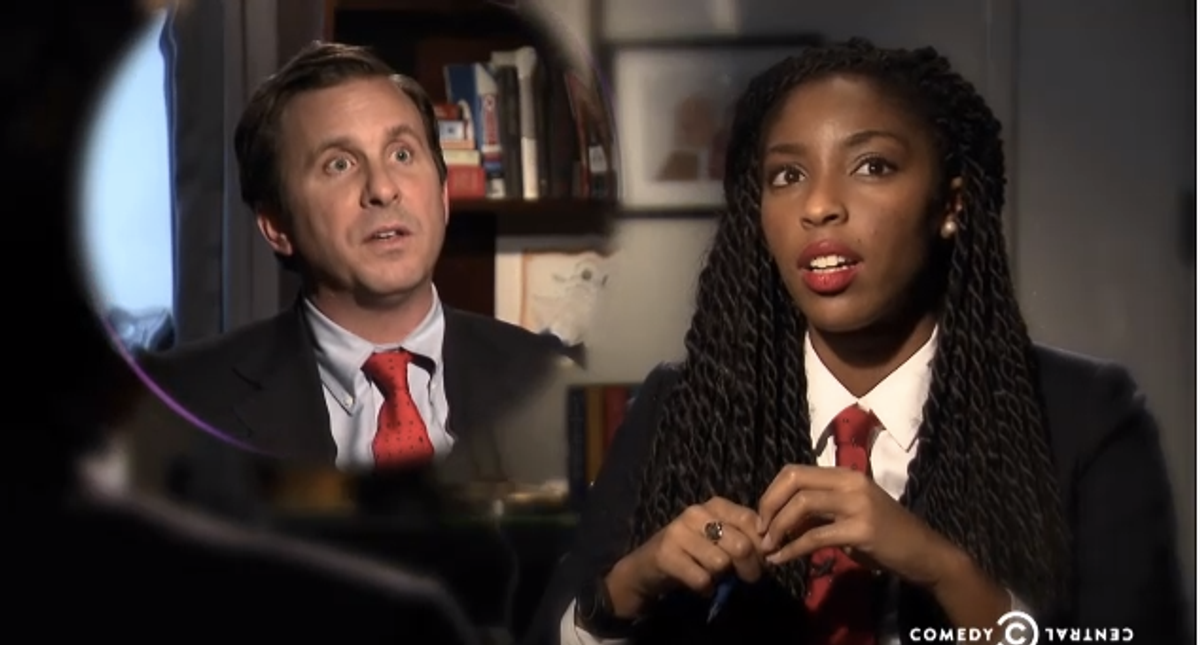 Progressive America has found a new person to hate in Forbes columnist John Tamny, who on Tuesday night's "Daily Show" told correspondent Jessica Williams that if he were in control of America he would "abolish" the food stamp program "altogether" because "food stamps are cruel."

"I don't think anyone is happy if they are relying on someone else," he told Williams, who was reporting on the government's massive cut to funding SNAP, a program that nearly 47 million Americans rely on for nutrition.

"I think if people were literally starving, you would see a massive outpouring of charity," Tamny continued, arguing that private charities would address the issue if and when it were to exist.

As Williams struggled to maintain composure, she asked, "What does 'literally starving' look like?"

"This is going to come off the wrong way," replied Tamny, "But I guess it's where literally people have distended bellies (does hand motion to demonstrate a protruding stomach) where they're getting almost nothing. We don't hear about the poor in this country starving on the streets."

"I wonder if there are any programs currently in place that are preventing people from starving in the streets," said Williams, now openly trolling a man who doesn't even know he's being trolled.

"I wonder too, I haven't heard of any of them, something tells me they don't exist, but I've certainly not heard of any such program," said Tamny.

"If you're going to be poor, this is the country you want to be poor in," he concluded.