Robert Reich: Trickle-down economics has made America an "indecent society"

Ninety-five percent of economic gains since 2009 have gone to the 1 percent. We have a moral obligation to fix this 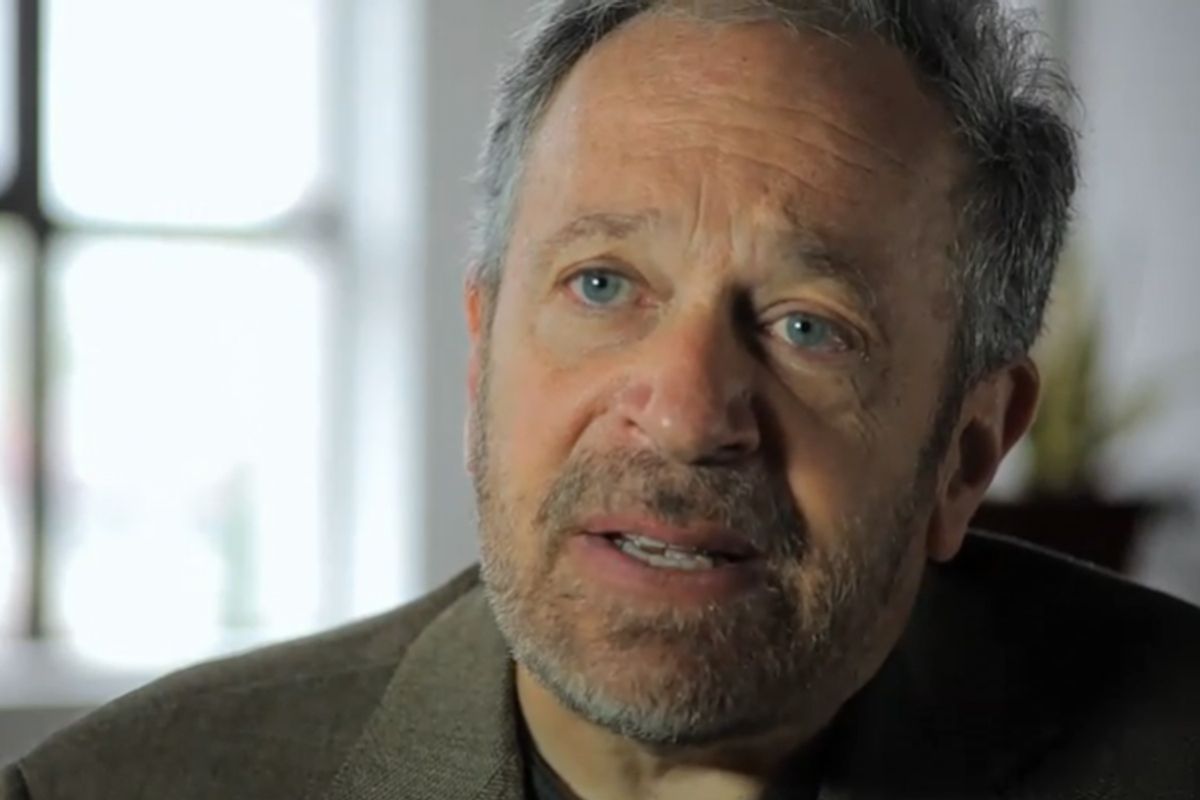 It’s the season to show concern for the less fortunate among us. We should also be concerned about the widening gap between the most fortunate and everyone else.

Although it’s still possible to win the lottery (your chance of winning $636 million in the recent Mega Millions sweepstakes was one in 259 million), the biggest lottery of all is what family we’re born into. Our life chances are now determined to an unprecedented degree by the wealth of our parents.

That’s not always been the case. The faith that anyone could move from rags to riches – with enough guts and gumption, hard work and nose to the grindstone – was once at the core of the American Dream.

And equal opportunity was the heart of the American creed. Although imperfectly achieved, that ideal eventually propelled us to overcome legalized segregation by race, and to guarantee civil rights. It fueled efforts to improve all our schools and widen access to higher education. It pushed the nation to help the unemployed, raise the minimum wage, and provide pathways to good jobs. Much of this was financed by taxes on the most fortunate.

But for more than three decades we’ve been going backwards. It’s far more difficult today for a child from a poor family to become a middle-class or wealthy adult. Or even for a middle-class child to become wealthy.

The major reason is widening inequality. The longer the ladder, the harder the climb. America is now more unequal that it’s been for eighty or more years, with the most unequal distribution of income and wealth of all developed nations. Equal opportunity has become a pipe dream.

Rather than respond with policies to reverse the trend and get us back on the road to equal opportunity and widely-shared prosperity, we’ve spent much of the last three decades doing the opposite.

Taxes have been cut on the rich, public schools have deteriorated, higher education has become unaffordable for many, safety nets have been shredded, and the minimum wage has been allowed to drop 30 percent below where it was in 1968, adjusted for inflation.

Congress has just passed a tiny bipartisan budget agreement, and the Federal Reserve has decided to wean the economy off artificially low interest rates. Both decisions reflect Washington’s (and Wall Street’s) assumption that the economy is almost back on track.

But it’s not at all back on the track it was on more than three decades ago.

How can the economy be back on track when 95 percent of the economic gains since the recovery began in 2009 have gone to the richest 1 percent?

The underlying issue is a moral one: What do we owe one another as members of the same society?

Conservatives answer that question by saying it’s a matter of personal choice – of charitable works, philanthropy, and individual acts of kindness joined in “a thousand points of light.”

But that leaves out what we could and should seek to accomplish together as a society. It neglects the organization of our economy, and its social consequences. It minimizes the potential role of democracy in determining the rules of the game, as well as the corruption of democracy by big money. It overlooks our strivings for social justice.

In short, it ducks the meaning of a decent society.

Last month Pope Francis wondered aloud whether “trickle-down theories, which assume that economic growth, encouraged by a free market, will inevitably succeed in bringing about greater justice and inclusiveness…”. Rush Limbaugh accused the Pope of being a Marxist for merely raising the issue.

But the question of how to bring about greater justice and inclusiveness is as American as apple pie. It has animated our efforts for more than a century – during the Progressive Era, the New Deal, the Great Society, and beyond — to make capitalism work for the betterment of all rather merely than the enrichment of a few.

The supply-side, trickle-down, market-fundamentalist views that took root in America in the early 1980s got us fundamentally off track.

To get back to the kind of shared prosperity and upward mobility we once considered normal will require another era of fundamental reform, of both our economy and our democracy.