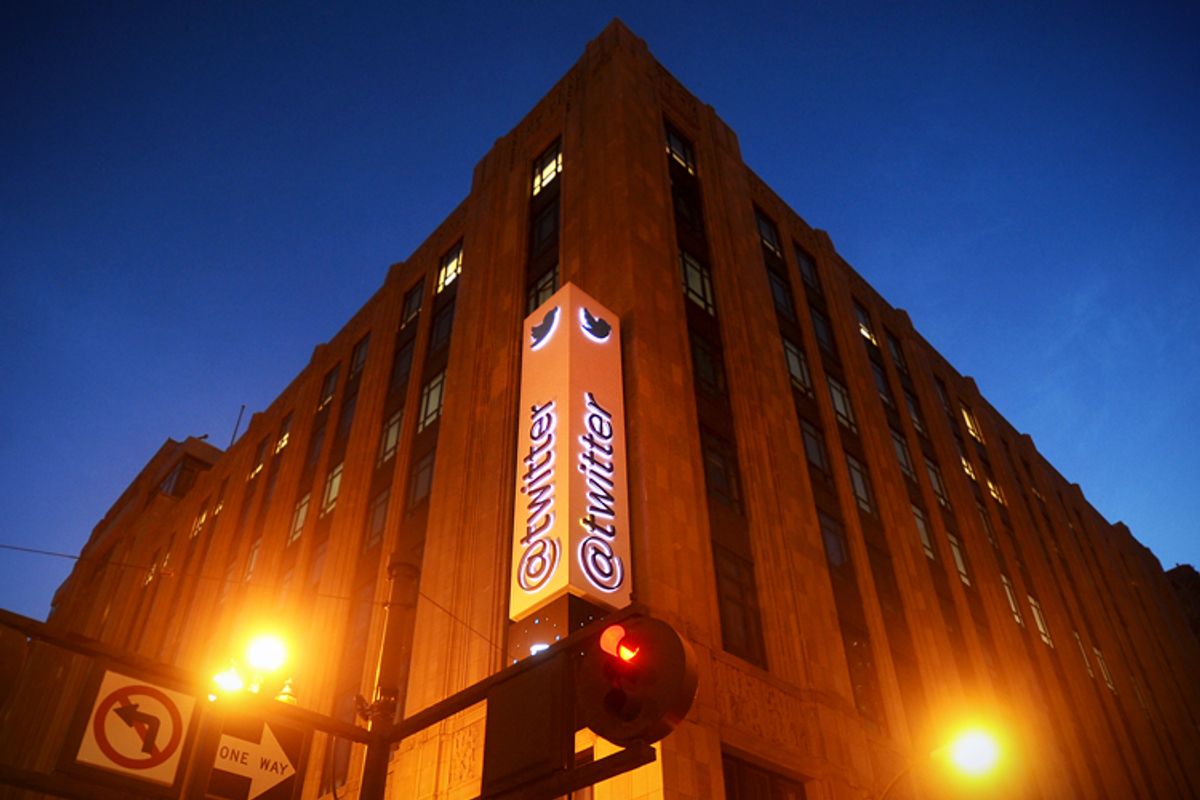 I'm not exactly sure what Bryan Goldberg was trying to achieve with his purported piece of satire, "Young Techies, Know Your Place." The co-founder of Bleacher Report and maestro behind the newish women-focused website Bustle is clearly upset by the cultural backlash against San Francisco's tech-driven transformation. So he does his ham-handed best to lampoon the ankle-biters who have been driven to such exasperation by the young Midwestern boys dropping out of college to hit it rich in the start-up scene:

What an obnoxious punk you are!

How dare you make an income based off an objective skillset that fulfills real world demand for your services! This is America. Where do you think you are?

You are 20 years old! That is not how this is supposed to work!

But in setting out to mock the backlash, Goldberg proved beyond any doubt why the backlash exists. His satire reeks of exactly the kind of entitled, politically unaware, moronically self-absorbed mind-set that has set the teeth so many of the San Francisco Bay Area's more progressively minded citizens on edge.

Angel investor and serial entrepreneur Jason Calacanis nailed exactly what's wrong with Goldberg's bleatings in one pithy tweet: "polarization of wealth & unemployment are important issues of our time -- not something to be a smug about."

You can simultaneously think that slashing the tires of a Google bus in West Oakland is imbecilic, and still believe that there is a social problem worth addressing when senior citizens are getting evicted from their apartments because landlords are cashing in on the new tech gold rush. Yeah, sure change happens, capitalism happens, and all that jazz, but how many times does the basic point need to be reiterated? Northern California is home to a great many people who are deeply concerned about social justice, growing income inequality and the fight to ensure that economic growth serves the needs of the entire community.

Many of us are also very excited about change and new technology and new ways of doing things. But we just want to make sure that everyone benefits from the incredible wealth being created. Because if we can't figure out how to make the future work for both rich and poor here we're going to have a hard time making it work anywhere.

But Bryan Goldberg is upset because people are being mean to people like him. (Or he's utterly self-deluded, and actually believes what he tweeted a few moments ago, that his post "was incredibly thoughtful satire." )