After government drops an investigation amid a Tea Party firestorm, giant contractor keeps squeezing its employees 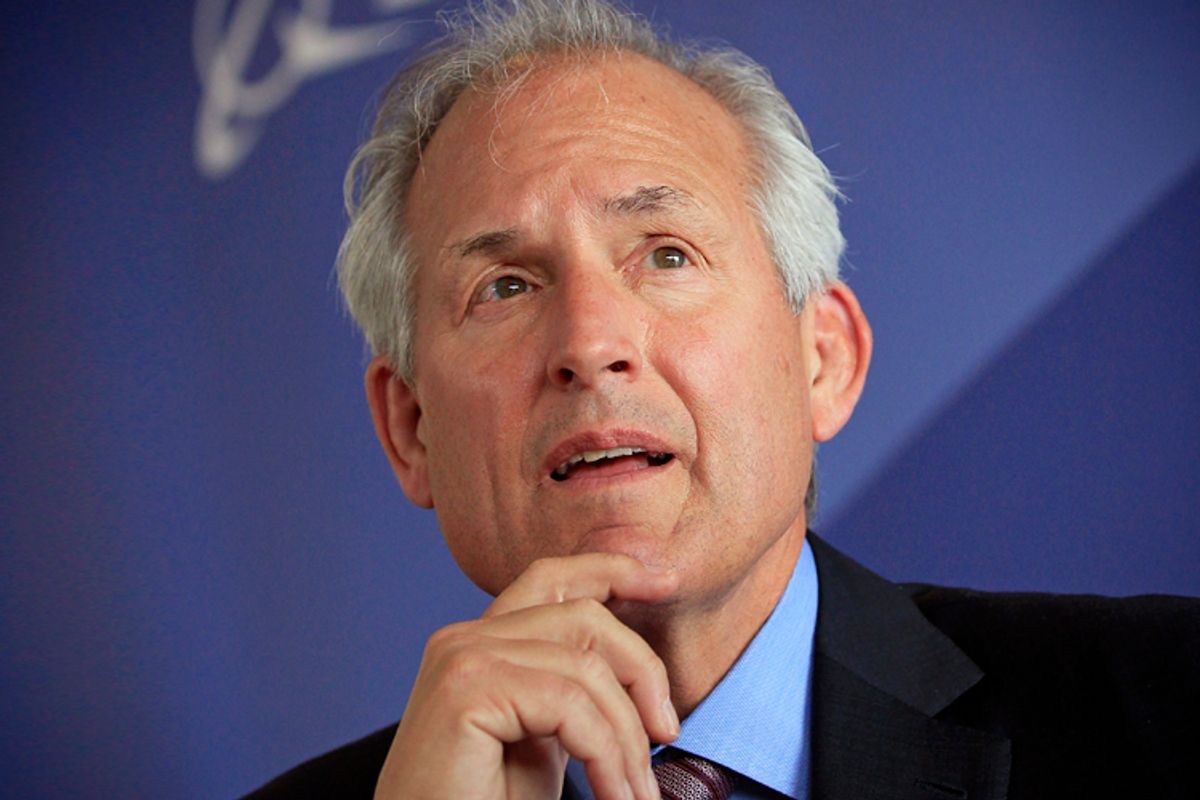 One year after the government dropped an investigation into Boeing’s CEO James McNerney citing strikes as a cause to shift production south, the specter of lost jobs has secured huge concessions for the aerospace giant. After voting down a different deal seven weeks prior, on Friday Boeing employees narrowly approved an agreement to keep a major new line of planes in Washington state, at the cost of indefinitely freezing their pensions.

“Inside the union hall Friday night,” the Seattle Times reported, “the announcement of the contract’s acceptance was greeted with shock, tears and one cry of ‘bullshit.’” Reuters reported Monday that some members plan to seek a recount or re-vote in hopes of averting that result, and to file Labor Board charges against their international union over the issue; International Association of Machinists and Aerospace Workers Union president R. Thomas Buffenbarger told Reuters “the tally is what it is.”

As I’ve previously reported, Boeing labor strife sparked a Tea Party firestorm in 2011, after the National Labor Relations Board issued a complaint against Boeing on allegations that the company was building a new line of planes outside Washington state as retribution for repeated strikes there – strikes that secured workers a raft of benefits and protections. (While such allegations are usually hard to prove, in this case the IAM could simply cite Boeing executives’ comments to the press.) After Republicans mounted a sustained attack on the agency and President Obama declined to defend the investigation, the International Association of Machinists union reached a contract settlement with Boeing that led to the Labor Board complaint being dropped.

The following fall, Boeing announced that unless the union approved a contract extension with deep concessions on future raises and benefits, a different new line of planes would be built out of state, a scenario some warned would be the beginning of the end of IAM’s stronghold of good union jobs in Puget Sound. Workers voted that deal down in November, 2 to 1. But in last week’s lower-turnout vote, an also-concessionary contract passed by a margin of 51 to 49 per cent.

Local union leaders had opposed the deal and the decision to hold the second vote, but were overridden by the national leadership of the IAM. “IAM members have built Boeing aircraft in Puget Sound for more than 60 years,” IAM International President Buffenbarger said in a statement announcing the results. “This agreement assures they’ll continue building them for decades to come.” The aerospace giant also issued a statement welcoming the result: Boeing Commercial Airplanes CEO Ray Conner said it means “the future of Boeing in the Puget Sound region has never looked brighter.”

In contrast, IAM Local 751 charged in a post-vote statement that “Politicians, the media and others who had no right to get into our business, were aligned against us and did their best to influence your vote.” Local 751 cited the deal’s “steep concessions on retirement and health care benefits and limits on future wage growth.” Former IAM official Jay Cronk, who’s challenging Buffenbarger for the IAM presidency in an election being re-run following a Labor Department investigation, charged to the Associated Press that Buffenbarger was betraying his past commitment to defend defined-benefit pension plans. Thirty-five year Boeing employee Jim Levitt argued at Labor Notes that “Our efforts to defend our contract were completely undercut by the International.”

“I expect the rest of corporate America to mimic Boeing’s tactics,” wrote Levitt. “Why wait until a contract is expiring? Just tell the union that it has to make concessions, or we’ll do x, y, or z – and it has to be done now, not when you have the ability to strike.”

The Boeing machinists follow union members at other top corporations – including Verizon and American Airlines – in agreeing to freeze pensions for current or future employees. That sacrifice, by workers whose willingness and ability to disrupt production secured dramatic gains for decades, is a sobering sign about labor's leverage in the face of political and economic assault. It represents a painful defeat for some veterans of Boeing’s strikes, who’ve long contended the company schemed at every turn to rollback their hard-fought gains. Boeing strike veteran Jason Redrup argued to me during the 2011 NLRB showdown that the company was out to do to his union what General Motors did to the United Auto Workers: “break our stranglehold on their production system.” His co-worker Brian Pelland alleged that manager friends of his had previously told him they’d been directed to privately tell employees Boeing “could take their business somewhere else.”

“Some people have been physically ill,” Boeing employee Shannon Ryker, who runs a Facebook page that promoted a rally protesting the vote, told Reuters. “A lot of members reported that they feel like there’s been a death in the family.”