Chicago cops accused of raping man with a gun

Angel Perez is suing the police department, claiming he was subjected to severe abuse to make him a drug informant 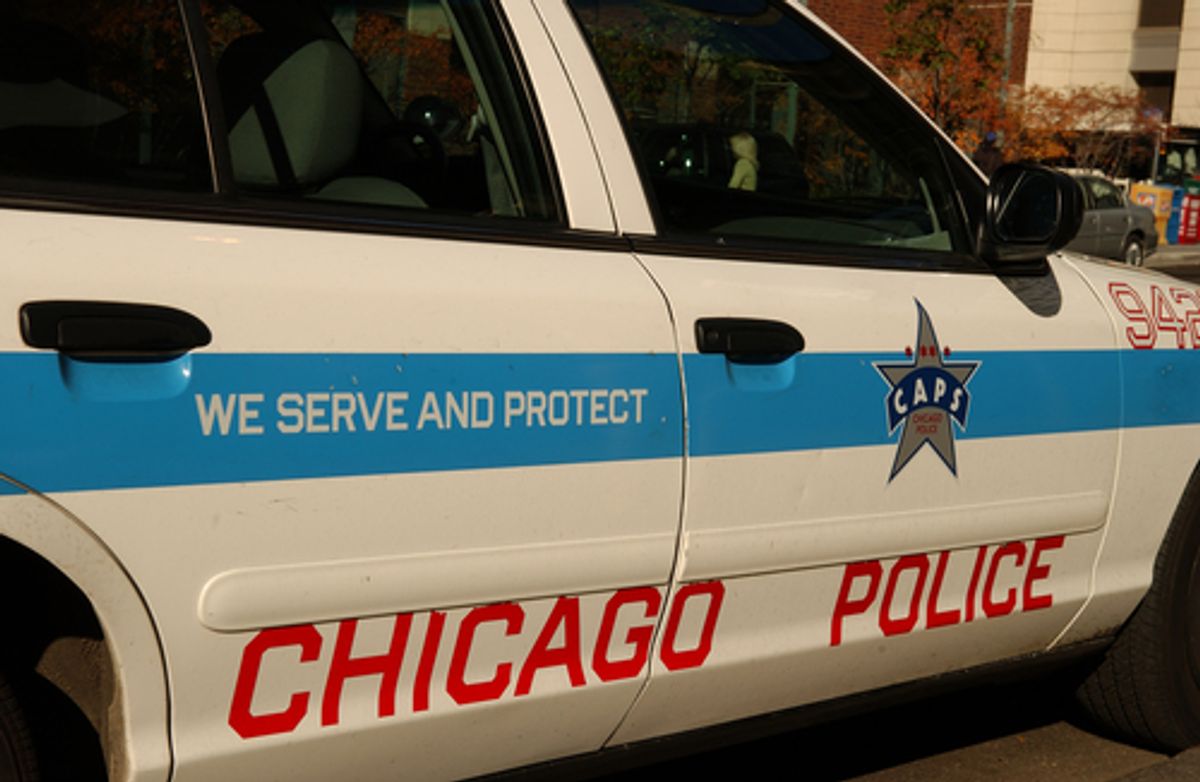 Angel Perez, 32, is suing the Chicago Police Department for the sort of abuse, as journalist Rhania Khalek noted in Vice, that "sounds like a horror story from the days when crooked cop Jon Burge tortured the city’s citizens with impunity."

Perez accuses Chicago cops of beating him and sodomizing him with a gun to force him to cooperate as drug informant in late 2012.

Perez spoke to Khalek about his ordeal, despite advice from his lawyers to save his statements for court. Perez explained that he wanted to make his story public, fearing that otherwise the Chicago officers responsible for his torture would not be sufficiently brought to justice, and police brutality would continue unimpeded. “I cannot live in a society where these guys are still on the streets," Perez said.

Angel’s nightmare began on October 20, 2012, when, he alleges, he was pulled over by two plainclothes officers while working as a driver for Castillo Delivery Service. The officers handcuffed Angel and drove to the police station, where they interrogated him for two hours about drug dealings and robberies he insisted he knew nothing about. The cops specifically wanted information about a contact in Angel’s phone named “Dwayne,” but he refused to tell them anything. Eventually they let him go but not before threatening to harass him every day until he told them what they wanted to hear.

And indeed, Perez was contacted again, and brought back into the police station, where he was shackled in painful postions and held in stress positions. Then he describes how he was raped by a cop gun:

According to Angel, once the cops realized that he wasn’t going to cooperate, they cranked up the torture. They said they were going to give him a “little taste” of jail life, then they bent him over a chair and pulled down his pants as Lopez taunted, “I hear that a big black nigger dick feels like a gun up your ass.”

Next, one of the officers (Angel suspects it was Cline) “inserted a cold metal object, believed to be one of officer’s service revolvers, into the plaintiff’s rectum.” The complaint continued: “The two officers laughed hysterically while inserting the object” and Sergeant Cline joked, “I almost blew your brains out.”

The officers threatened to sodomize Angel again if he didn’t comply. Crying and terrified, the prisoner obliged. He contacted Dwayne and purchased heroin. The police demanded he offer to sell Dwayne drugs as well but Angel refused and was finally let go.