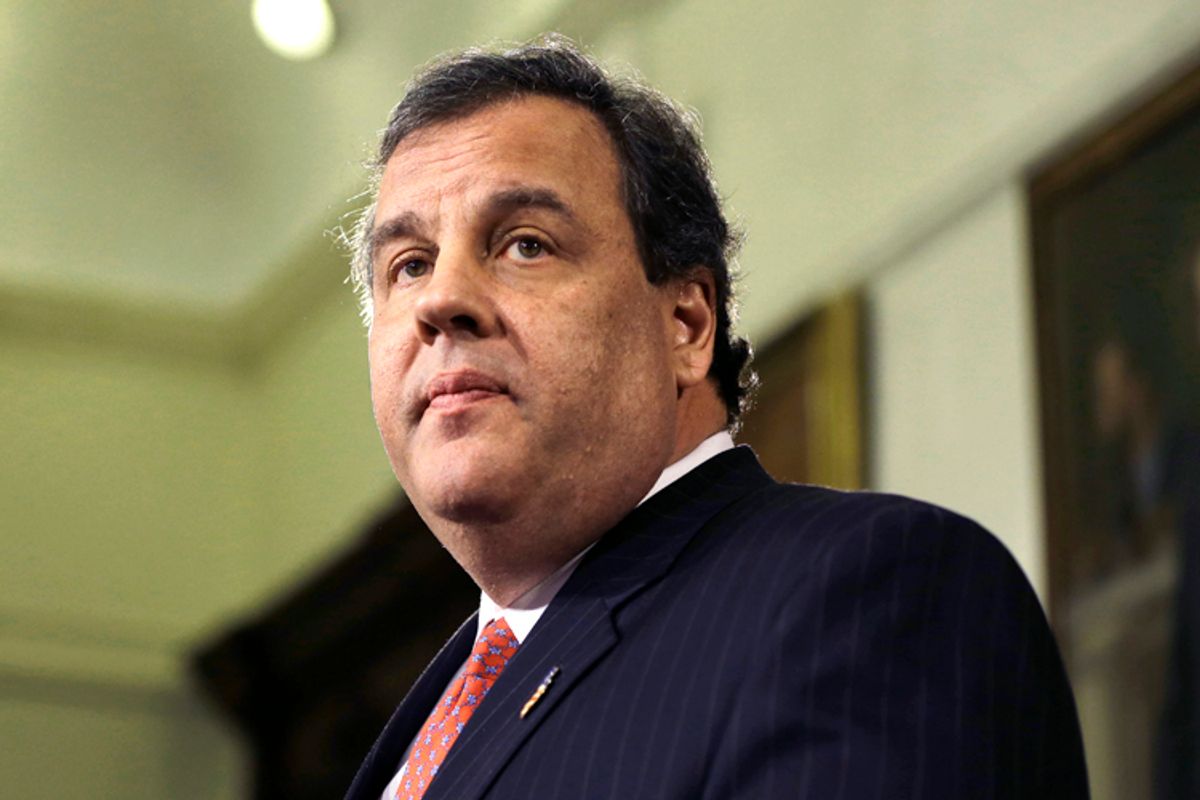 The mayor of Jersey City rejected Chris Christie’s claims about him Thursday, accusing the New Jersey Governor of “gross misrepresentation of the facts” about “my relationship with the State…”

“We vigorously represent the interests of our city every day and to be the focus of inaccurate claims will not deter us from our goal of making Jersey City the best mid-size city in America,” Mayor Steven Fulop said in a statement e-mailed minutes after Christie’s two-hour press conference concluded.

Fulop’s name appears in correspondence between Christie appointees released on Wednesday. Those messages, which include a Christie deputy chief of staff saying “Time for some traffic problems in Fort Lee,” and a Christie Port Authority appointee referring to the schoolchildren delayed by lane closures as “the children of Buono voters,” have dramatically escalated suspicions that Fort Lee was intentionally targeted for a traffic nightmare because its mayor declined to endorse Christie for re-election last year. (State Senator Barbara Buono was Christie’s opponent; she told Salon after the messages became public that Christie was running a “paramilitary operation.”)

In one of the e-mails released Wednesday, reported the Jersey Journal, Christie Appointee David Wildstein is asked about the Port Authority’s answer to alarms raised by Fort Lee’s mayor, and responds, “Radio silence. His name comes right after Mayor Fulop.” Like Fort Lee’s Mayor Mark Sokolich, Jersey City’s Fulop did not endorse Christie’s re-election. The Journal reported that Mayor Fulop responded to an inquiry by texting a reporter that Wildstein’s e-mail suggests he is “Enemy Number 1.”

As the Journal noted, when asked about Fulop at his Thursday press conference, Christie said “You bet I have” been angry with him, and that “Mayor Fulop seems to have a lot of disagreements with a lot of people,” but that he and his administration “continue to work” with him. Christie noted a Wednesday meeting between Fulop and New Jersey officials regarding funding to purchase Hurricane Sandy-damaged property.

Mayor Fulop slammed that response. “Nearly every single meeting we have requested with State Commissioners with regard to proactive Jersey City issues has been unfortunately rejected over the last six months, along with countless requests we made to the Port Authority,” he wrote in his afternoon statement. “Cancellations include an entire day of meetings with State commissioners scheduled to be in Jersey City that was abruptly cancelled, with each of the commissioners individually canceling within an hour of the time I communicated my intention to not endorse.”

A Christie spokesperson did not immediately respond to Salon’s request for comment.