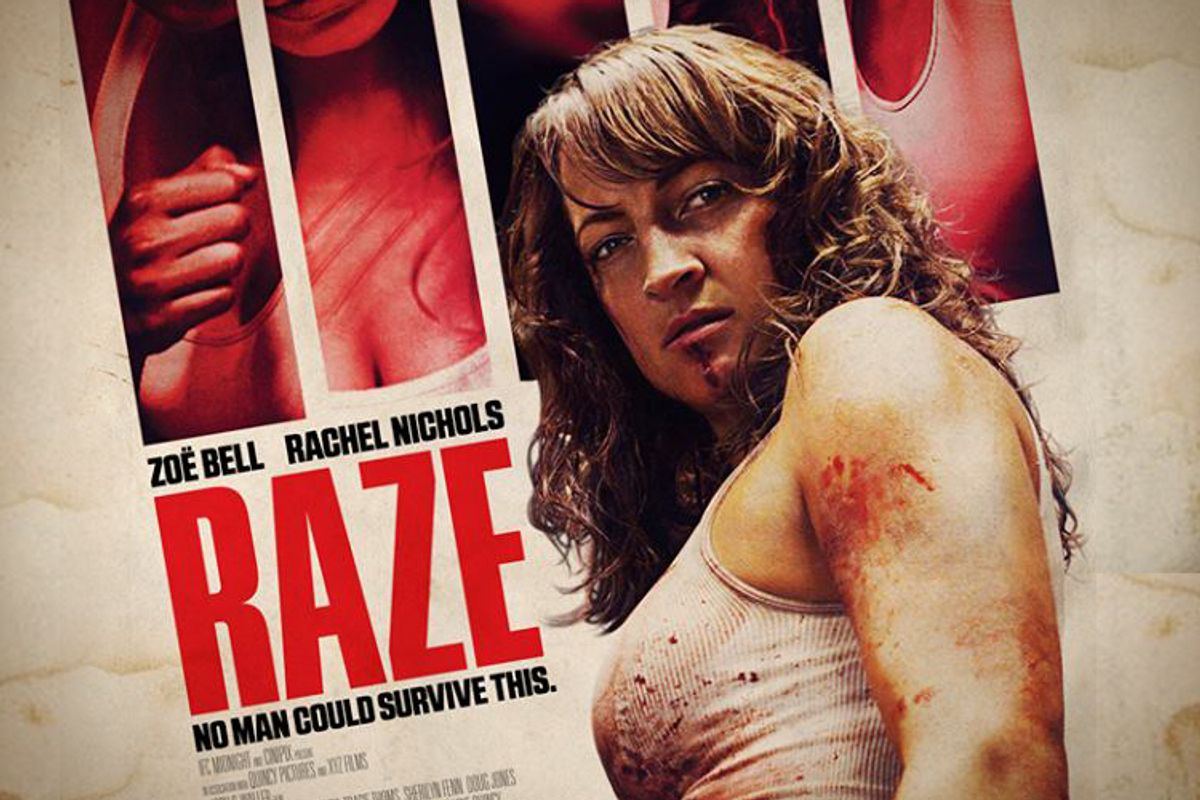 Even with all the changes in the entertainment industry’s ecology, January remains the dumping ground for orphaned movies that have made it all the way through the production process and find themselves unloved for various reasons. Sometimes these are movies whose purpose is to produce some ready cash for the studios and then fade into permanent oblivion (this year that would be “Paranormal Activity: The Marked Ones”). But the more interesting January releases are the ones where some higher level of ambition was clearly at work, the movie was not merely completed but (in many cases) shown at film festivals, and then, somewhat later, the harsh sun of reality dawned and it became clear to everyone involved that -- to quote F. Murray Abraham in “Inside Llewyn Davis” -- there’s not a lot of money here.

This week, for example, brings us three low- or mid-budget indie films with damaged, complicated and meant-to-be-empowered female protagonists, which is one of those coincidences that isn’t entirely a coincidence. At the risk of being boring: Yes, larger social questions about the changing nature of female identity are clearly at work. All three are movies that almost work but arguably don’t quite, and all three have interesting performances and qualities that will stick with you.

The most intriguing of these, on a conceptual level, is writer-director Francesca Gregorini’s “The Truth About Emanuel,” which played well at Sundance last year (under the title “Emanuel and the Truth About Fishes”) and has been kicking around ever since. Gregorini tries out several different genres at once, including the quirky teen coming-of-age film, the psychological thriller and the contemporary haunted-house movie. She strikes a slightly disturbing “Twin Peaks” mood of suburban surrealism – the film was shot by Polly Morgan with the Arri Alexa, digital camera of the moment – and has a nifty cast headed by two magnetic actresses, Jessica Biel and Kaya Scodelario.

Scodelario, a British-born actress who played the adult Cathy in Andrea Arnold’s 2011 “Wuthering Heights,” here plays a disgruntled American teen, a girl with a boy’s name who is supposedly haunted by the death of her own mother while giving birth to her. When an attractive single mom named Linda (Biel, who is best known these days as the spouse of Justin Timberlake) moves in next door, Emanuel is immediately drawn to her, becoming her baby sitter, protector and confidante. Other reviews have already given away a plot twist that comes early, but let’s just say Linda’s situation is not what it appears to be, and the psychological connection between her and Emanuel has various levels.

Gregorini’s dialogue often isn’t convincing, Alfred Molina has a pretty useless role as Emanuel’s clueless father, Emanuel’s obligatory romance with a shaggy, emo-ish boy (Aneurin Barnard) is sweet but dull, and there’s nothing the least bit surprising about the movie’s eventual destination. But the film has an odd and striking energy, and the chemistry between Scodelario and Biel has an electrical charge to it. There are a couple of genuinely creepy moments, and Gregorini keeps us on an emotional knife edge: Is Emanuel’s relationship with Linda mutually nurturing, or a dark rabbit hole leading to insanity?

On the level of execution, the best of these three movies is “Loves Her Gun” from director and co-writer Geoff Marslett, which stars Trieste Kelly Dunn (of the Alan Ball TV series “Banshee”) as Allie, a young New York woman who suddenly uproots her life after a violent mugging and relocates to Austin, Texas, with a bunch of musicians she’s just met. Dunn is long-legged, with amazing cheekbones and a slightly hard and sardonic demeanor; when one of her Austin female friends accuses her of being “one of those girls,” we know just what she means. You might say that “Loves Her Gun” is also several different genres, but the mix is familiar: the rock ‘n’ roll road trip, the voyage of female self-discovery, the low-wattage indie rom-com, even the portrait of Austin as tainted slacker paradise.

Marslett has a real feeling for this place and these people; his Austin party scenes are seductive and atmospheric, including the one where a naked woman in a swimming pool pulls out a revolver and starts firing it into the night. Coming out of six years in Brooklyn and her crime-victim trauma, Allie is fascinated by the casual ubiquity of Texas gun culture. Soon enough, Sarah (Melissa Hideko Bisagni), a landscape gardener who’s befriended Allie and given her a job, takes her out shooting, and Allie’s hooked. One of this movie’s subtler themes is the idea that even people who genuinely like Allie, like Sarah or Clark (Francisco Barreiro), a love-struck Austin musician, regard her first and foremost as an object of lust or adoration or contemplation. Allie’s gotten used to this over the years (“one of those girls”) and it’s made her a little bit crazy. Now she’s wandering the Austin night, all boozed up, still wearing a Williamsburg black eye and packing a Smith & Wesson.

OK, that brings us at last to “Raze,” a high-concept action-horror hybrid directed by Josh C. Waller and conceived as a star vehicle for semi-legendary Hollywood stuntwoman Zoë Bell, best known for her work with Quentin Tarantino in the “Kill Bill” movies, “Grindhouse” and “Inglourious Basterds.” (She broke bones in her back doubling for Uma Thurman in “Kill Bill: Vol. 2,” but apparently did not realize it until weeks later.) The New Zealand-born Bell is an authentic icon of not just female empowerment but female ferocity; she could unmistakably kick the ass of at least 98 percent of the male population (and pretty much does so toward the end of this movie). Does the fact that she helped produce “Raze” somehow mitigate the fact that it’s an utterly reprehensible and misogynistic nightmare?

I can’t help thinking that it doesn’t, but maybe that’s the wrong question. “Raze” is perhaps best understood as a formal and self-referential work that draws heavily on violent video games, kung-fu movies of the Bruce Lee era and the “Saw” franchise. In other words, it’s the kind of claustrophobic, theatrical, cult-movie zone you should only enter if you understand what you’re in for. Bell’s character, Sabrina – if one can really call her a character – is one of a group of 50 women (all with martial-arts training or other wiles) who’ve been abducted from the everyday world and imprisoned in underground cells for a series of bloody one-on-one showdowns. They are compelled to fight each other to the death with their bare hands, for the amusement of an unseen audience. If you refuse to fight, you get to watch your family members murdered on live TV. If you fight and die, the survivors get to watch your family members murdered on live TV. As you can see, this is an up-with-people sort of movie.

Is there an explanation for all this pointless carnage? Only sort of, and it’s supplied by a pair of ghoulish overseers played by Guillermo del Toro regular Doug Jones (in a rare prosthetic-free acting role) and one-time “Twin Peaks” star Sherilyn Fenn. Is there some kind of redemptive catharsis or larger moral point to this movie? I’m gonna go with “hmm.” The sheer brutality of the action, and the explosive rage embodied in Bell’s compact and impressive physique, remind us that the softcore provocation of something like the “Hunger Games” franchise is essentially dishonest. Rebecca Marshall makes a strong impression as the meanest and bitchiest of Sabrina’s fellow inmates, the one who resists all female solidarity and makes us root for her to be killed. In other words, there’s enough craft and intelligence at work here that you can’t dismiss “Raze” as meaningless sadism, but not nearly enough to make it worth the unpleasantness of actually watching it.