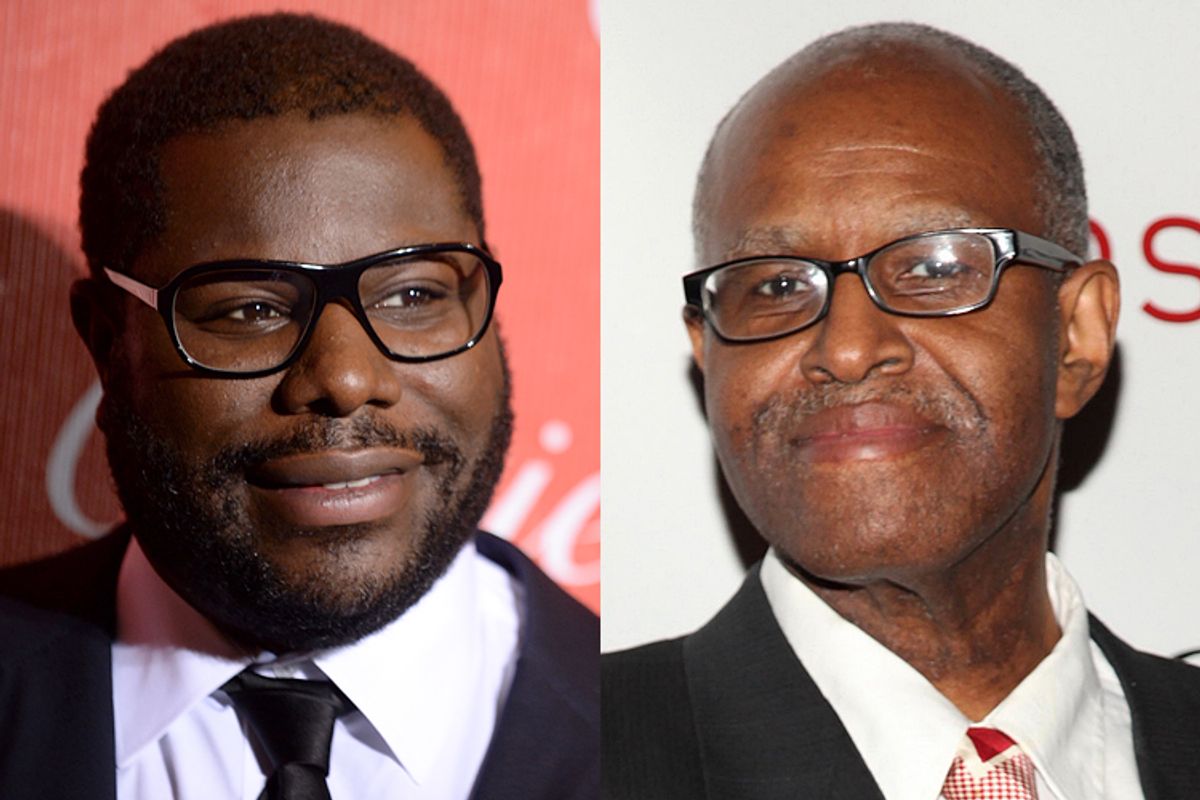 Armond White, a three-time former chair of the New York Film Critics Circle and a member of the group since 1987, was expelled from membership on Monday morning after a two-and-a-half-hour closed-door meeting. White knew this was coming, and declined to attend the meeting. To a large degree, in fact, he engineered the whole thing. (White described the meeting, in advance, as a "Communist-style" show trial and "a shameless attempt to squelch the strongest voice that exists in contemporary criticism.")

I was in the meeting, and I’m not supposed to discuss in any detail how it all went down. In fact, another member, New York Post critic Lou Lumenick, was suspended for one year for repeatedly revealing the confidential vote counts of the circle’s annual meetings, in violation of the group’s bylaws. (There is no connection between White’s expulsion and Lumenick’s suspension, although they are apparently the first such disciplinary actions in the circle’s 79-year history.) Let’s just say that it was a wrenching and difficult decision, and one nobody in the room took lightly.

As has been widely reported (including by me), White got into hot water yet again during the NYFCC’s annual Manhattan awards dinner on Jan. 6, when he or someone at his table apparently yelled insults at Steve McQueen, the director of “12 Years a Slave.” McQueen was receiving the circle’s best-director award, after an extended extemporaneous speech by Harry Belafonte that had brought the entire audience to its feet. During the brief period of silence as McQueen was mounting the stage, everyone in the Edison Ballroom noticed a disturbance at or around White’s table. I did not hear the now-famous comments about McQueen being a “doorman” and “garbage man,” which White has denied saying or hearing.

We don’t really know who said what (audiotapes of the whole incident are unclear), and the original Variety article that turned all media coverage of the NYFCC dinner into the Armond White show was sloppily reported at best. But in the larger scheme of things those details don’t matter much. Although the NYFCC press release says that White’s expulsion followed “incidents at the group’s recent gala,” it might be better described as the final divorce at the end of a long and dysfunctional relationship. No member of the circle, including White, can be entirely surprised that it came to this.

There will be no way to convince White’s defenders of this, but he is not being punished for his often-incendiary opinions, whether about “12 Years a Slave” or anything else. (He has called McQueen’s widely acclaimed movie “torture porn,” and lumped it with numerous other black-made or black-oriented films of the past few years as “race-hustling.”) My personal acquaintance with White is slight, but I’ve always found him a cordial conversationalist who does not carry his critical disagreements into the personal sphere. He has prided himself, over 20-odd years at the now-defunct New York Press and now at the community-newspaper supplement CityArts, on being a trend-bucker and bomb-thrower, who rejects liberal piety and art-house pretension. I can’t actually find the quote where he says that every Brian De Palma film, no matter how weak, is superior to every Richard Linklater of Steven Soderbergh film; that's a vintage White sentiment, but maybe it’s apocryphal.

White views himself as an heir to longtime New Yorker critic Pauline Kael, but that doesn’t begin to capture the weirdness of his critical stance. He has engaged in extended, vitriolic campaigns against critic’s-darling directors like Noah Baumbach and Spike Lee, and reliably praises every new Steven Spielberg movie as a masterpiece. I’ve often (or usually) disagreed with White’s opinions and frequently find his arguments cartoonish. But his loopy and untrammeled passion can be bracing, and every so often he forces you to consider whether the emperor is actually wearing clothes.

As Owen Gleiberman of EW (who knows White much better than I do) has written, White’s self-appointed stance as “the last honest man in America” seems to have hardened into shtick or performance art over the years. He always resisted and resented the overwhelmingly left-liberal climate of the New York intelligentsia (and also did not fit in among most African-American intellectuals), but in the increasingly politicized cultural climate of the last decade he has morphed into something more like a Fox News reactionary, but one who lacks a platform or a bullhorn that matched his ambitions. I’ve said before that there aren’t enough educated and intelligent conservative voices in the cultural sphere, and I suspect that White’s erratic behavior has been indulged for years largely for this reason. Nobody was eager to stage a public pillory of one of the few prominent conservative film critics.

White’s alleged public outburst at this month’s dinner – or, at least, the outburst he's believed to have countenanced and chuckled along with – marked at least the third time in the last four years that he has disrupted the NYFCC’s annual event. Last year, his table heckled a passel of prominent liberal documentarians. In 2011, as the circle’s chair and host of the event, he insulted several award-winners from the podium, at one point asking presenter Tony Kushner to explain why “The Social Network” had won best picture. This is a group of film critics; nobody expects us all to agree on anything, including whether the sky is blue and what day follows Tuesday. I personally disagreed with the group’s choice of “American Hustle” over “12 Years a Slave” as best picture this year, but I decided not to yell anything at David O. Russell about his hipster glasses or his overtly conventional ending when he showed up to collect his award.

I suspect Gleiberman is right when he suggests that White has “turned the trumpeting of his opinions about movies into a form of (un)civil disobedience.” As White knows perfectly well, the NYFCC would never have held an emergency private meeting if he had confined his opinions about Steve McQueen to the page or to private conversation, no matter how offensive other people found them. But White has staked out a radical position, almost a Trotskyist revolutionary position: He has made clear that he finds the namby-pamby liberal decorum of the group’s annual dinner intolerable, and has sought to erase the distinction between words and actions. He has repeatedly dared the overwhelmingly white and overwhelmingly liberal New York critical establishment to make him into an exile, a pariah and (to his fans and followers) a martyr. For better or worse, he has gotten his wish.