Gabourey Sidibe shuts down the trolls 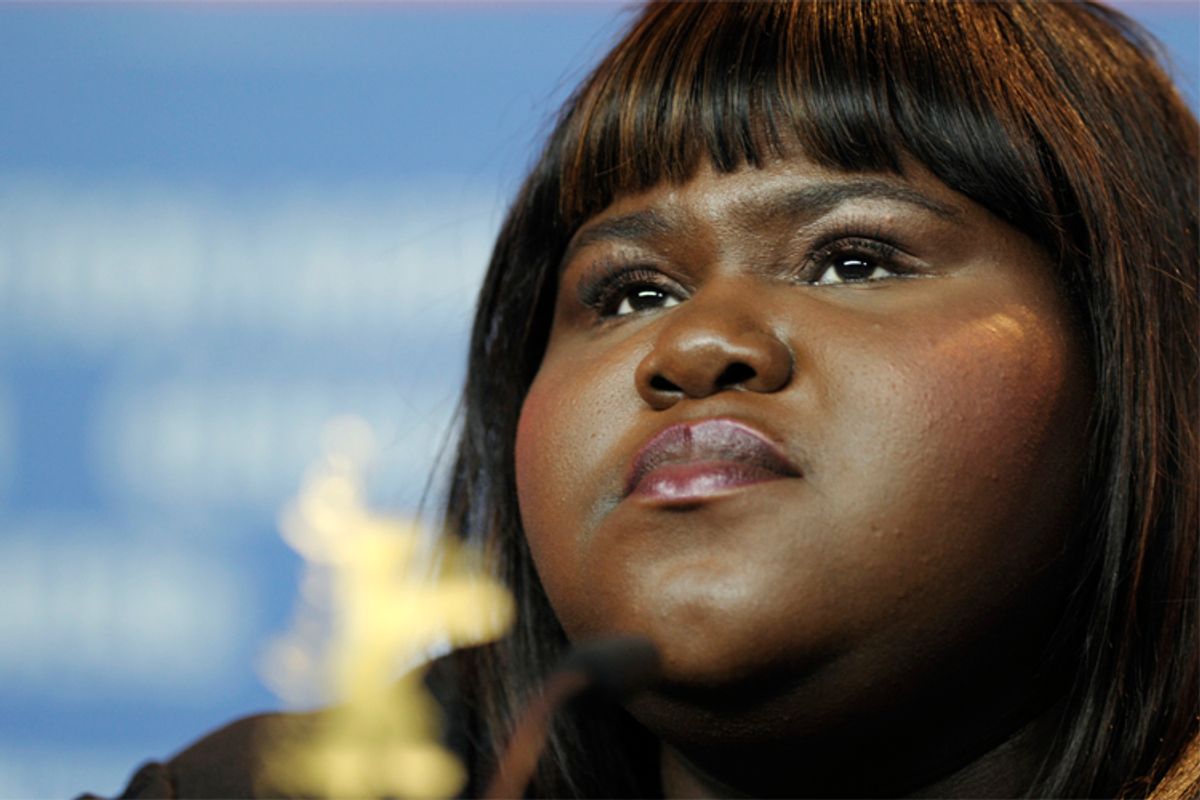 Take that, haters! Gabourey Sidibe would like you to know she's doing just fine.

The 30-year-old costar of "American Horror Story: Coven" received a typical amount of crap on Twitter after her Sunday appearance at the Golden Globes, for committing the crime of appearing in public while not being thin. But after the brilliant wits of the Internet were done riffing on how she "looked like the GLOBE at the Golden Globes" and "ate the Golden Globes," Sidibe got in a comment of her own. "To people making mean comments about my GG pics," she tweeted, "I mos def cried about it on that private jet on my way to my dream job last night. #JK" And, nearly 27,000 retweets later, game point Sidibe.

Us magazine promptly called Sidibe's response "amazing," while CNN declared her the winner of the "best comeback" award. And she was. She fully acknowledged the utter meanness of the commenters' body snarking on her appearance, but she didn't turn it into a pity party. Instead, she simply got the last laugh. She later added on Twitter, "Yay! Everyone is so wonderful and supportive of my shade! This might be a problem down the line. Thank you! #notmyjetthough #imnotthatfancy"

Sidibe has had a long time to prepare for just such a cool reaction. She's never been just a talented actress. She's been an overweight, dark-skinned actress – exactly the sort of person, as this year's blond-tastic Golden Globes oh so conspicuously proved, who does not fit comfortably in the public perception of what a star looks like. More shockingly, as Kate Harding noted four years ago, when Sidibe's stardom was on the ascent for her breakthrough role in "Precious," she is a woman openly not struggling "with debilitating body-related shame and anxiety." How infuriating for those who believe fat equals misery.

The world is chock-full of pathetic bullies whose chief pastime is picking apart people who are different. You can be Miss America – literally, one of the most conventionally beautiful women in the world – and they will tear you down because of the color of your skin. So Sidibe is a whole trifecta of opportunity for trolls – overweight, black and female.

Very few people who are mercilessly picked on the way Sidibe routinely is have her clout. Most people who are bullied, unfortunately, don't have a snappy comeback about how awesome their lives are. I may be wrong, but the list of Oscar-nominated overweight African-American women who are on hit TV shows is, by my count, one. That's why her comment went viral. That's why it was perfection. Because while Sidibe's happy circumstances are unique, she was making a statement for all the other picked on and put down out there. She was saying, "You are mean and hurtful and I am better than you." And while it's nice to have a private jet and a dream job to back that statement up, sometimes it's enough for someone to call out the haters, to acknowledge their existence and to make them look as small and stupid as they truly are. Sidibe did just that, with wit and class. She told the world, that if you want to fat-shame a lady, don't be surprised if she shames you right back, flawlessly.