Rush Limbaugh hopes the president cheats on the first lady 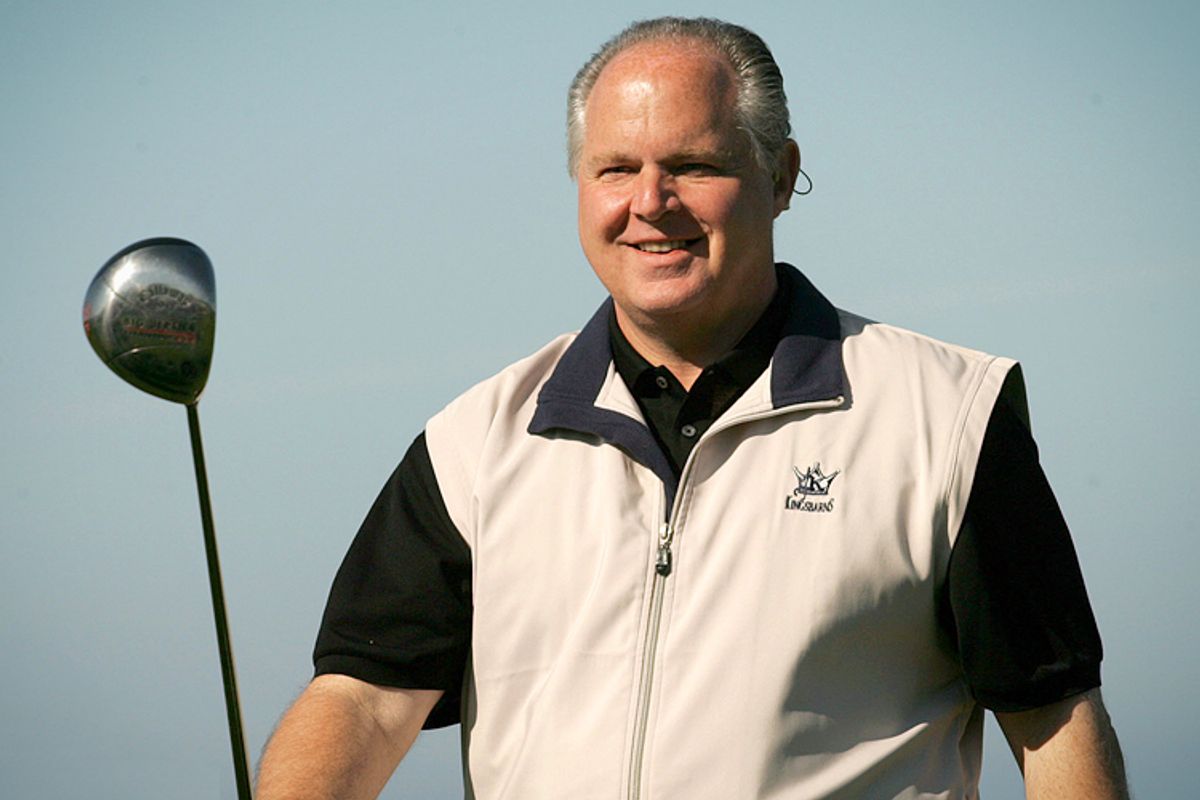 Rush Limbaugh thinks the Chris Christie "bridgegate" scandal is b-o-r-i-n-g boring — and he's sick of talking about it.

What he'd much rather talk about? President Obama engaging in an extramarital affair!

Speaking on his radio show on Tuesday, Limbaugh noted the ongoing brouhaha in France over socialist President Hollande's love life, and complained about President Obama's lack of similar infidelity.

"It's just wishful thinking," he acknowledged, before adding, "Wouldn’t that be a much better scandal than Christie and bridge lane closures, for crying out loud?"

Despite his disappointment in the president's straight-and-narrow lifestyle, Limbaugh had good things to say about Hollande, granting that "socialists, in one sense of the word, know how to live."