Tea Party Senate candidate compares being pregnant to having cancer 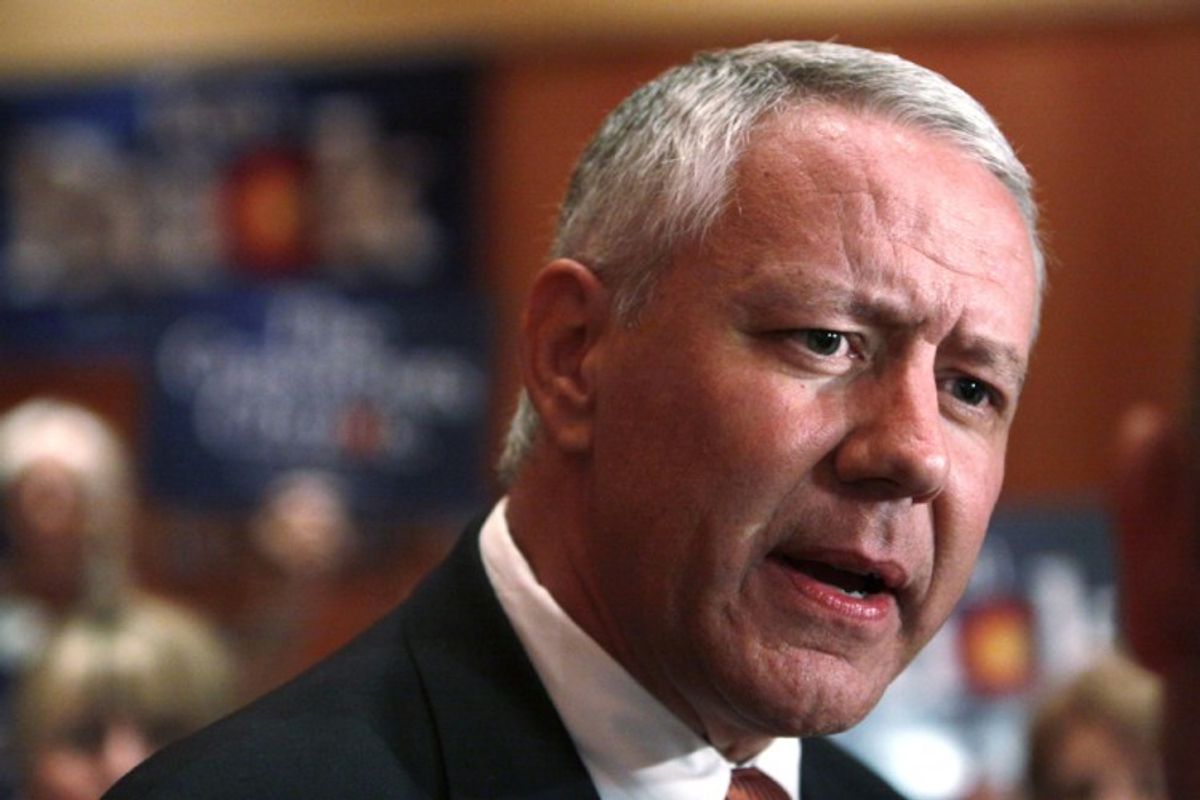 Republican U.S. Senate candidate Ken Buck greets supporters at an election night party in Loveland, Colorado while waiting for results in his race against Jane Norton in the Republican primary election August 10, 2010. Buck was endorsed by conservative Tea Party groups and portrays himself as a Washington outsider. (Rick Wilking / Reuters)
--

Despite what seemed to be a winning pitch — vote for me "because I do not wear high heels" — Colorado district attorney and Tea Party darling Ken Buck failed to win his race for the Senate in 2010.*

Fast-forward three-plus years later, and Buck's at it again. The goal this time? Don't say anything stupidly and overtly sexist. That shouldn't be too hard, right?

Turns out, yep, that is too hard! Speaking on a talk radio show on Wednesday, Buck attempted to explain his anti-choice absolutism — he opposes abortion in all cases, including rape and incest — by likening a woman's desire to control her own body while pregnant to how he felt when he had cancer.

"I am pro-life," Buck said. "While I understand a woman wants to be in control of her body — it’s certainly the feeling that I had when I was a cancer patient, I wanted to be in control of the decisions that were made concerning my body — there is another fundamental issue at stake. And that’s the life of the unborn child."

Yes, he really said that. You can listen to Buck shove his foot way past his teeth and deep into his mouth here:

*This post originally stated that Buck failed to win his party's nomination to the Senate in 2010. That's incorrect. He was nominated by the GOP and subsequently lost in the general election. I regret the error.