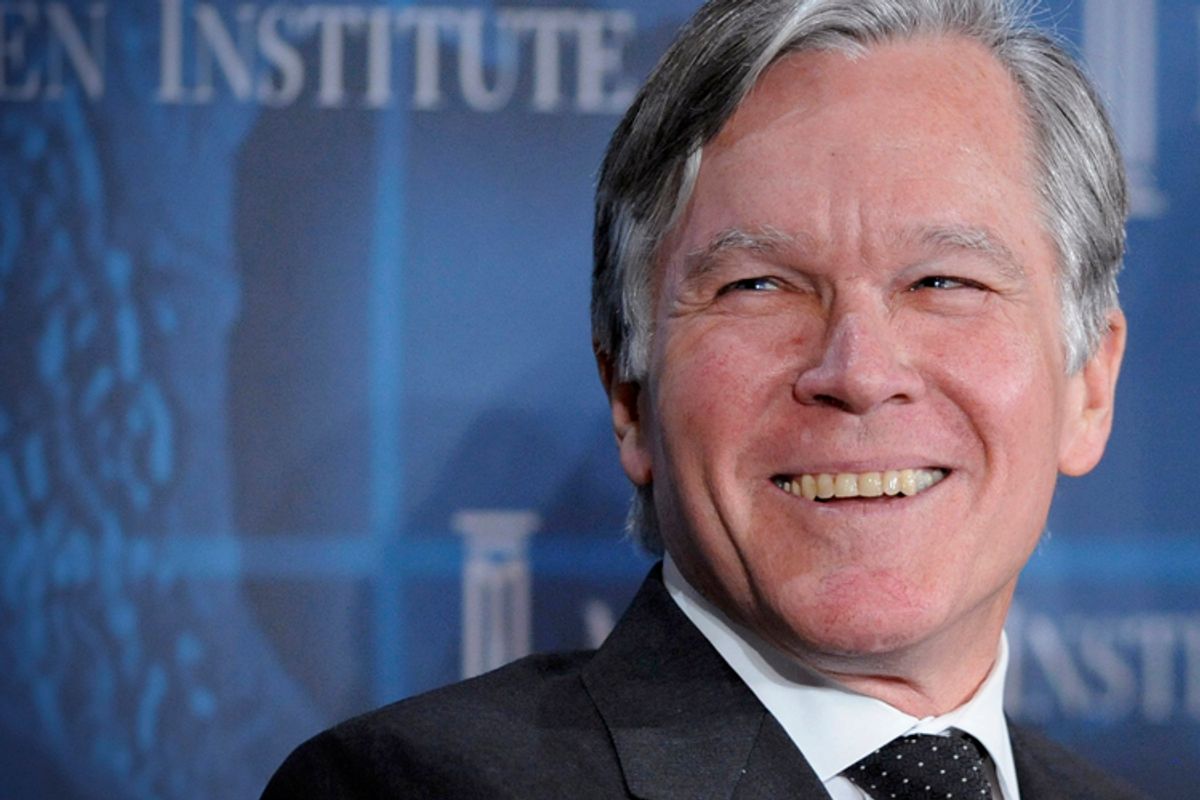 When the tag-team of opinionated horribleness Bill and Emma Keller were widely rebuked this week for their respective crap pieces in the Guardian and New York Times about cancer patient and blogger Lisa Adams, Bill Keller was steadfast that the problem was with the readers, not the writers. He told the Times Monday that a conversation about patient choice was being "drowned out by a tide of political correctness." He chalked up the online anger at the couple's stories to a "medium [that] encourages reflexes rather than reflection." That's pretty rich, considering that it's the Kellers -- and their editors -- who fell so grossly short on reflection. The outrage they inspired isn't just about how terrible it is to publicly judge a woman for how she goes about her cancer. It's about how the Kellers' stories represent an utter fiasco of journalism, at what ought to be two of the most respected papers in the world.

In her response to Bill Keller's concern-trolling piece on Adams and whether the metastatic, stage 4 breast cancer patient's choice to be in treatment reveals "the frantic medical trench warfare that often makes an expensive misery of death in America," the "opposite" of his 79-year-old father-in-law's "calm death," Times public editor Margaret Sullivan quoted the famed maxim that "You’re entitled to your own opinion; you’re not entitled to your own facts." And that statement gets at a level of sloppiness that makes the Kellers' pieces especially disturbing and galling.

It began with Emma Keller's bizarre Guardian piece titled "Forget funeral selfies. What are the ethics of tweeting a terminal illness?" The piece has since been taken down by the Guardian, "pending investigation." From the very first sentence, Keller describes Adams as "dying," even "dying out loud." The Guardian piece states that Adams "has tweeted over 100,000 times about her health" and says that "She has been scrupulous about keeping track of her seven-year decline." See, this is the problem. If you want to think out loud about whether a woman's accounting of her personal experience is "TMI" or "compulsive," in an opinion piece, you should be entitled to do so. But as Adams herself pointed out Thursday, she has not tweeted over 100,000 times about her health. She has just tweeted over 100,000 times. Many of those tweets are simple expressions of thanks or conversational responses to other people. For the Guardian to say otherwise is what is called an error.

And that "seven-year decline"? Also an error. It's not hard to find on her blog that she was treated for breast cancer several years ago but only rediagnosed in 2012. Significantly, Keller makes a decision to depict Adams as "dying," an incredibly loaded term in a world in which people with metastatic cancer can live for years. Keller, however, sticks by her diagnosis, stating in the comments of a Guardian follow-up that "I hope for the best, but I refer you here to the American Cancer Society's statistics on the life expectancy of patients with Stage 4 breast cancer." Journalism tip: Looking up statistics is not the same as predicting any individual's outcome. A diagnosis of metastatic cancer does not mean someone is dying. This is an error. It's also makes you pretty much the worst. (This is an opinion.)

There are other problems. In her original piece, Keller also quotes private direct messages she'd exchanged with Adams -- and she did so without Adams' knowledge or consent. It was only when she was called out about the sliminess of that action that Keller admitted in the comments, "I continue to regret not giving her notice about the piece. In the circumstances it would have been the compassionate thing to do and Lisa deserved that."

For all the things Keller does say in the story, though, she makes plenty of omissions. She conspicuously neglects to mention her own "brutal" experience two years ago with "stage 0" breast cancer and the "trauma" of her mastectomy. She neglects to note that she'd offered Adams a place to stay in New York during her clinical trial, a pretty conspicuous omission from one with a lot of ideas about her subject.

In an editorial explaining the story's removal, the Guardian's Chris Elliott notes problems with its "style and tone" and said that the error about the number of times Adams has tweeted about her health was "introduced in the editing process." Keller, meanwhile, says in the comments that "I would like to emphasize that that post was edited and posted without any changes being cleared with me. There are lines in it that were not even written by me. I saw the final version when everyone else did." So now Keller, evidently, is suggesting that the errors in her piece were inserted into it. Any way you slice it, that's a lot of mistakes that sailed straight through the editorial process.

After Emma Keller's piece ran, a similar hot mess unfolded over at the Times, when Keller's husband Bill rolled up his sleeves to go after Adams. That Bill Keller would choose to use his powerful platform in such a way -- right after his wife was roundly chastised for a similar piece -- opens a world of ethical questions. But Keller then compounds his journalistic shadiness by introducing his own set of mistakes. He too decides that Adams has "spent the last seven years in a fierce and very public cage fight with death," and he initially even got the number of children Adams has incorrect. He also implies he'd tried to get her medical information from Sloan-Kettering, saying, "Her doctors, bound by privacy rules, won’t say" whether her treatment has extended her life, and that neither Adams "nor Sloan-Kettering would tell me what all this costs or whether it is covered by insurance." He repeatedly presents her as a woman engaged in "final days" and "in battle," two distinct concepts Adams firmly rejects.

The Kellers are far from the only so-called journalists hiding out in the opinion page, where they're getting away with peddling straight-up wrong information as facts. As an environmental reporter friend pointed out this week, that's practically George Will's job description now. Richard Cohen gets away with, among other crimes, calling a rape that resulted in two convictions a "so-called rape" because hey, who cares. The Wall Street Journal gives noted intellectual Suzanne Somers space to gas on in a mistakepalooza op-ed.

We're not talking about a tabloid like The Star announcing that Jen is pregnant and Kim is totally leaving Kanye here. These are major news publications, giving space to writers who are just saying whatever the hell they feel like. They are leaving the incredibly easy task of Googling to their critics. Sure, in the rush to tell the news, everybody makes mistakes. The New York Times' corrections are the stuff of legend. Retractions happen. But this is about publishing things that just aren't right or true, again and again, under the guise of "opinion." It's a sneering, insulting practice on the part of both the writers who are too lazy to check their own assumptions and the editors who can't be bothered challenging them. It's depressing as all hell. When they wrote their ethically questionable, mistake-riddled pieces on Lisa Adams, the Kellers didn't just do a disservice to Lisa Adams; they gave the finger to readers everywhere. And when their editors published them, they just added a big raspberry to go with it. "Political correctness"? It's called fact-checking. Try it.