Is it OK to call someone fat? 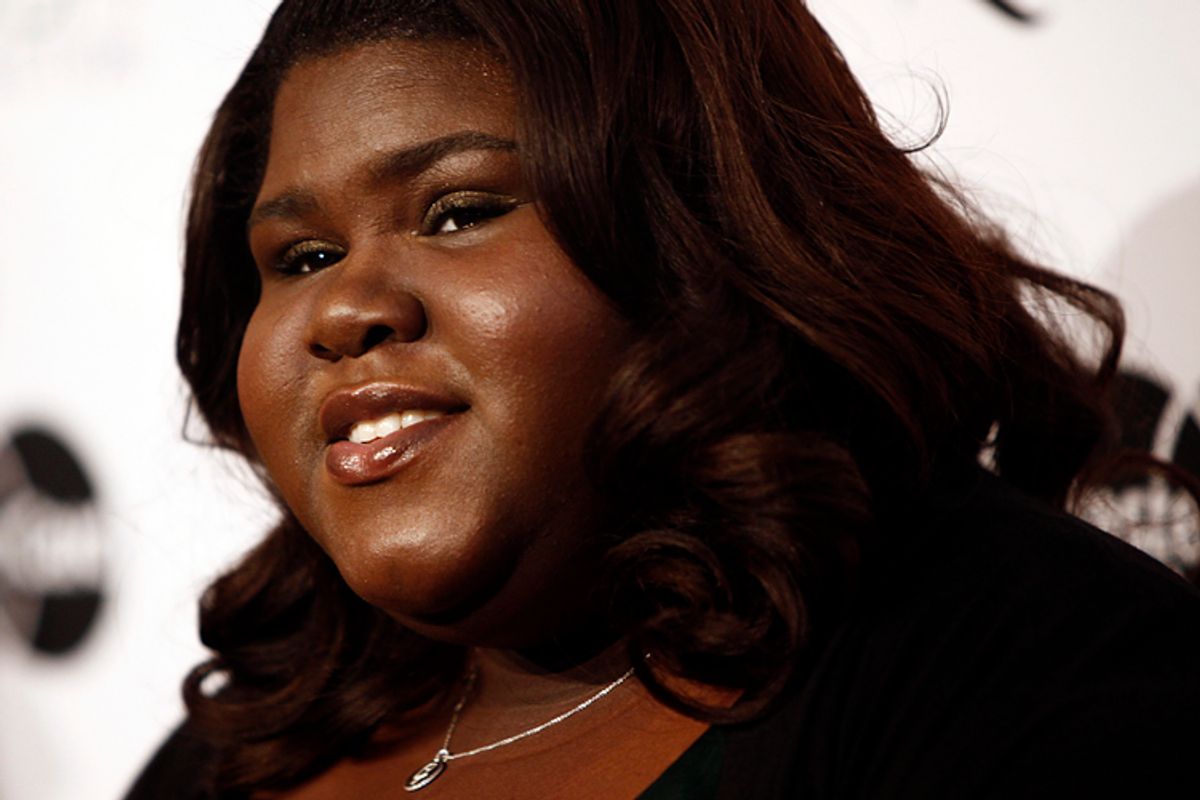 Can I call you fat? I mean, if we measured your BMI and you clocked in at obese, or let's say morbidly obese just to give plenty of room for the term, would it be acceptable for me to write a story in which I described you as fat? Or to point you out across the room at a party as "the fat one in the white shirt"? What about if you call yourself fat -- am I allowed to? Would be I accurate, or just a jerk?

I'm asking because I don't know anymore. I thought I did. I write regularly about body image and fat-shaming, but conspicuously avoid directly referring to individuals as fat. Last week, for instance, I wrote a story about Gabourey Sidibe, and her amazing response to the Twitter trolls who snarked on her Golden Globes look. In it I called her "overweight" and "not thin." But while I made the general observation that Sidibe's success is "infuriating for those who believe fat equals misery," I didn't come out and call Sidibe herself fat.

Soon after, I heard from a self-described "fat woman." In her email she said, "You're writing about how awful body snarking is, but is being so fat so awful and so terrible that the label can't be used with the same neutrality as the word 'thin'?… It's hard when as a society we're hammered with programming to fear and hate fat, to get them to even recognize simple fatphobia. But I hope pointing out the lack of what should be a simple descriptor because it's so fully villainized by our society might be something easier to get… If you think fat shaming is wrong, perhaps you could start by making the word fat less shameful… I don't think we can end fat bashing if we can't even say fat. Until fat is reclaimed as a neutral descriptor, the assumption built into our language is that fat is bad/gross and fat people are ugly/lazy/unhealthy."

It was an eye-opening perspective. I understood where she was coming from – we've created so much stigma around the word, maybe tiptoeing around it isn't helping. But I've long believed that as an average-sized person living on a planet in which the word "fat" is often hurled so meanly, I need to be careful -- and sensitive -- in how I talk about other people. I hadn't avoided using the word "fat" in connection with Gabourey Sidibe to make the word "fat" shameful, but perhaps I'd been part of a problem anyway.

So I asked around – and I didn't get anything close to consensus. When I inquired about the word on Twitter, I got a gamut of responses. "The term is unambiguously pejorative, even if accurate," replied one person. "I prefer any one of the various synonyms in the Queen's English." Another said, "I call myself fat bc I don't think it's an insult, but I'm hesitant to call others fat bc others take it as insult." "Older sister is/was obese," wrote one woman. "Kids & adults alike called her 'fat' in derogatory way." "If it's a descriptor they've used about themselves then I'm more likely to use it but still unlikely," said writer Isaac Butler. Another person said, "In my mind it is an insult, rather like using words such as 'retarded' or 'cripple' to describe a disabled person, like myself." And a woman whose tweets regularly entertain and enlighten me added, "The word doesn't bother me; the way that it marks someone as lazy, bad, sloppy, lesser does. Like you cannot be fat & fully human. Nobody's ever had to call me fat to make it clear that my body is not acceptably attractive in the eyes of our culture."

Among my friends, there was a similar variety of reactions. Journalist Celeste Headlee said, "I don't use it. I don't think we can deny that the term has been used to insult and degrade for so often and so long that it's nearly impossible to use it without negative overtones. Some people are obese and, strictly speaking, fat. I will use the first term and not the latter." An opera singer pal said, "'Fat' by itself just seems like lazy English to me." My writer friend Amy Keyishian admitted, "I don't use this word. I'm totally triggered by it because of my upbringing." And journalist and author Steve Silberman observed, "I'm fat. Very. I know I'm fat. I'd have to be in the worst denial ever not to know. But it's all about the spin on the word. As a statement of fact, it's factual. If it comes along with an automatic assumption of bumbling, hedonistic, bullying, dumb etc. it's not good, because skinny people are all of those things too. It's about the 'loading' of the word."

One of the many problems with the word "fat" is that there's no standard definition. "Fat" is applied both to the seriously obese and female celebrities who've gone up a dress size. Depending on who's talking and the body image of said speaker, "fat" may refer to a person of furniture-breaking dimensions, or a size 8 ballerina. "I'm fat" can be an honest declaration of size or a manipulative, Regina George-like dare for you to contradict the person. As my friend Scott says, "I'm sure we've all heard the 'Oh, you're not fat, he's fat' thing before. As if there was a point at which one had clearly earned the distinction."

And the word is so deeply tied up with so many other negative stereotypes, it's hard to airlift it out and let it stand alone. Think how often "fat" gets tossed into a litany of a person's real or imagined flaws. Think how Chris Christie's weight is so often deployed as one of his failings. Think how often Internet trolls are described as fat losers. When Al Franken declared "Rush Limbaugh Is a Big Fat Idiot," the word "fat" seemed to apply more to his idiocy than his size, but his size was surely depicted as related to his idiocy.

After culling numerous responses on the subject, I still felt unclear about the correct protocol. So I turned to my friend Kate Harding. Harding literally wrote the book on these things, as a regular reporter on body image and the author of "Lessons From the Fatosphere: Quit Dieting and Declare a Truce With Your Body." She told me, "'Fat' is the preferred term among activists, but it's still pejorative for like 99% of the population, so if you don't explain the whole reclamation thing, you sound like a dick. That said, I favor straightforward words like 'heavy' and 'large/larger' over 'overweight' (what weight?) and 'obese' (too medical) when discussing other people's bodies…. From a journalistic perspective, you have no business calling anyone 'fat,' basically. (Neither do I, except in the context of work on fat acceptance.) It's a tough line to walk."

In the movie "Pitch Perfect," Rebel Wilson's character calls herself Fat Amy "so twig bitches like you don't do it behind my back." Her implication is clear – she's a woman taking ownership of the word so it can't be used to hurt her. So if you want me to call you Fat Amy, I will -- even if the phrase still sticks a bit in my throat. Like the reader who wrote to me, I want the word the word to be less shameful too. But whether you're Gabourey Sidibe or Lena Dunham, your fatness or lack thereof isn't for me to determine. If I'm talking about somebody else's body, I'm going to try, even if I go about it imperfectly, to do it with as much kindness and respect as I can. And unless you tell me to, I'm not going to call you fat.