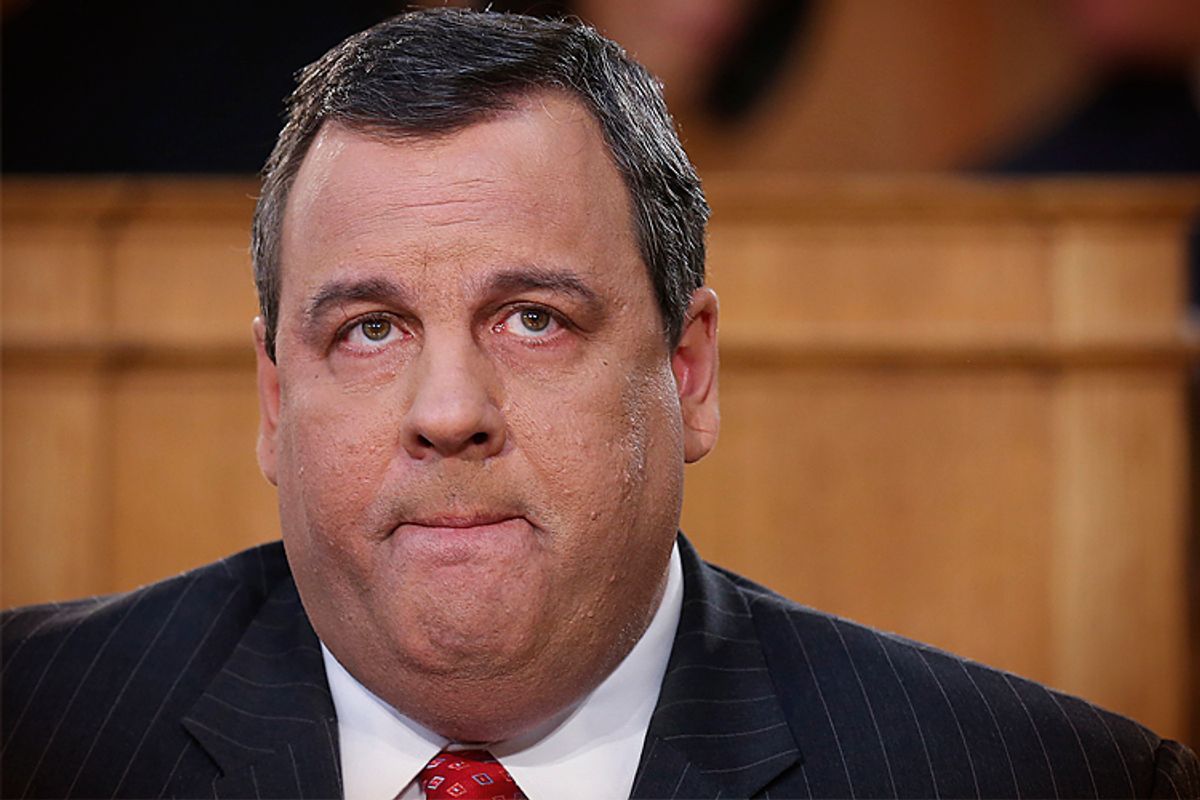 Amid growing questions about lane closures on the George Washington Bridge and Sandy aid to Hoboken, New Jersey Gov. Chris Christie is facing an additional charge about his administration's disbursement of relief aid. State data, obtained from the Christie administration through a lawsuit by the Fair Share Housing Center, reveal a dramatic racial gap in who received preliminary approval for funds from Sandy relief programs.

Speaking to Salon late last week, FSHC staff attorney Adam Gordon urged the federal government to expand its investigation to include the racially disparate aid distribution, accused the Christie administration of trying to change the topic by attacking his organization, and charged “neglect and callous indifference in the needs of Latino and African-American communities impacted by Sandy.” A condensed version of our conversation follows.

Your assessment of this data shows that African-Americans were more than twice as likely as whites to get rejected by the RREM program and by the Resettlement program. What explains that disparity?

We’re still trying to figure that out. And really, we’re talking to a lot of people who have been in that situation who are African-American and Latino and, you know, a lot of people feel like they’ve been rejected for no reason. You know, we’ve talked to people who live in mold-infested houses [with] serious damage, and got a rejection letter -- and they can’t figure it out. So we’re still trying to figure it out.

But so far there’s really no explanation that we’ve been able to find that justifies it. And when we’ve talked to the actual people who are impacted, they seem like exactly the group of people who, based on the damage to their house, should qualify, and whom these funds are really meant for.

So, is racism in play here?

I think that we’re still trying to figure that out … There is more outreach and more help being given to people that are applying for these programs who are in predominately white areas. I mean, one of the big things in terms of the Latino community that we saw was that the website in Spanish for these programs had incorrect deadlines, incorrect information about how to get help -- and also didn’t mention that, if you’re denied, you have the right to appeal. Which could be important if more Latinos are getting denied for these programs. And you would hope that the Spanish language version of this website would include information that you could appeal the denial. But only the English language version did ...

I don’t know that we have evidence of intentional racism here, but I think that a neglect and callous indifference in the needs of Latino and African-American communities impacted by Sandy is certainly something that we’ve seen.

How much personal responsibility would you assign to Gov. Chris Christie for that?

Well, this is what Chris Christie has made the centerpiece of his term as governor … And I think that when you make things the priority of your administration, and more importantly, when you use that to build your national image … I do think the buck stops there. And I just think that there’s a lot of things that have been really problematic about this recovery, and if Gov. Christie has said that this is his top priority, I think we need to hold him accountable for this stuff.

Among the responses to your research, a spokeswoman for the state Department of Community Affairs put out a statement saying that your group made “an outrageously false implication that exposes a complete lack of credibility and integrity by Fair Share Housing Center.” She also –

I mean, look, these are their numbers. Which, by the way, we had to sue to get, because they didn’t want to give them to us … They are the numbers that we got through Freedom of Information requests, that we had to litigate for four months to get.

I mean, they’ve never denied that African-Americans are being rejected at two-and-a-half times the rate of whites. I think that an appropriate response to that is “let’s figure out what’s going wrong.” They've never said that …

They’ve tried to shift the attention away. If they were genuinely interested in trying to help these communities, they would say, "let’s get to the bottom of this.” That’s all we’re asking.

There was a really good story last week in the Wall Street Journal about how, essentially, New Jersey has made up these sort of additional criteria — that neither New York City nor New York state thinks are important — that ends up having an impact on largely African-American and Latino communities. So, you know, these are criteria that they devised. They are not criteria that are required by any federal law, and they don’t even, necessarily, reflect … the amount of actual damage or needs …

There is a requirement that is a higher hurdle in African-American and Latino communities. So, essentially, they’re saying it’s all according to the criteria. But they made up the criteria. They’re doing it in different ways from other places that are getting federal money, and they are doing it in a way that injects other things in the process besides just who has the most damage.

Gov. Christie called you “a hack group that I’m just not going to waste my breath on.” Does that surprise you?

Beyond Gov. Christie and New Jersey is there a larger lesson here about how disaster relief takes place?

Yeah … Sen. Menendez, who was a leader in getting this money … recently said that he thinks an important lesson is that there needs to be more oversight from the federal government of these funds. And I think that’s right.

And I think that we’re seeing the same thing -- in fact, even some of the same contractors that were hired in Katrina are making the same mistakes that were made in Katrina. I think that at this point, we have enough -- between Katrina and Hurricane Sandy -- to show really that the idea of just giving this money over with little oversight has real risks in it. And it often does not actually result in the people who’ve been impacted the most getting the money …

Another $1.4 billion in money is coming to New Jersey in the next couple of months, and we think it's time that HUD, which is the agency that is overseeing it, take the approach of making sure the money is distributed fairly.

What is the risk?

I think there’s real risks in just, you know, turning this money over -- billions of dollars -- without having clear oversight and ways to make sure that this money is going to the people who are most impacted. We’re seeing some signs from HUD that they’re looking — because there have been more calls for oversight — at that in the most recent rules that they are coming up with. I think there just needs to be some basic performance standards to make sure that this money is being distributed in a fair way.

Because this is the money that of course Gov. Christie went to Congress, and trashed his own party, to his credit, to get, and that was needed. But I think that there was an inherent compact that most people thought was there: that if that money was approved, it would be distributed in an objective, apolitical way, based on need. That everybody, of every background, of every racial and ethnic group, of every community would have a fair shot at it. And I think the federal government needs to make sure that’s happened. Because these are federal resources.

Do you see a relationship between this package and the advertisements Christie went with?

Some of the editorial boards of New Jersey in the last few days have called for that investigation to not just look at the advertisements, but also more general ways to look at the distribution of aid, and we would agree with that. I think that there may very well be issues with the advertisements, but that’s  $25 million out of $1.8 billion [in aid] … And so we agree with those editorials and other people calling for the federal [investigation] looking at this money to go beyond just the “Stronger Than the Strom” ads, to how the rest of the aid had been distributed.