A millionaire ex-hedge funder devises a demented way to "pay back." No thank you -- here's what he could do instead 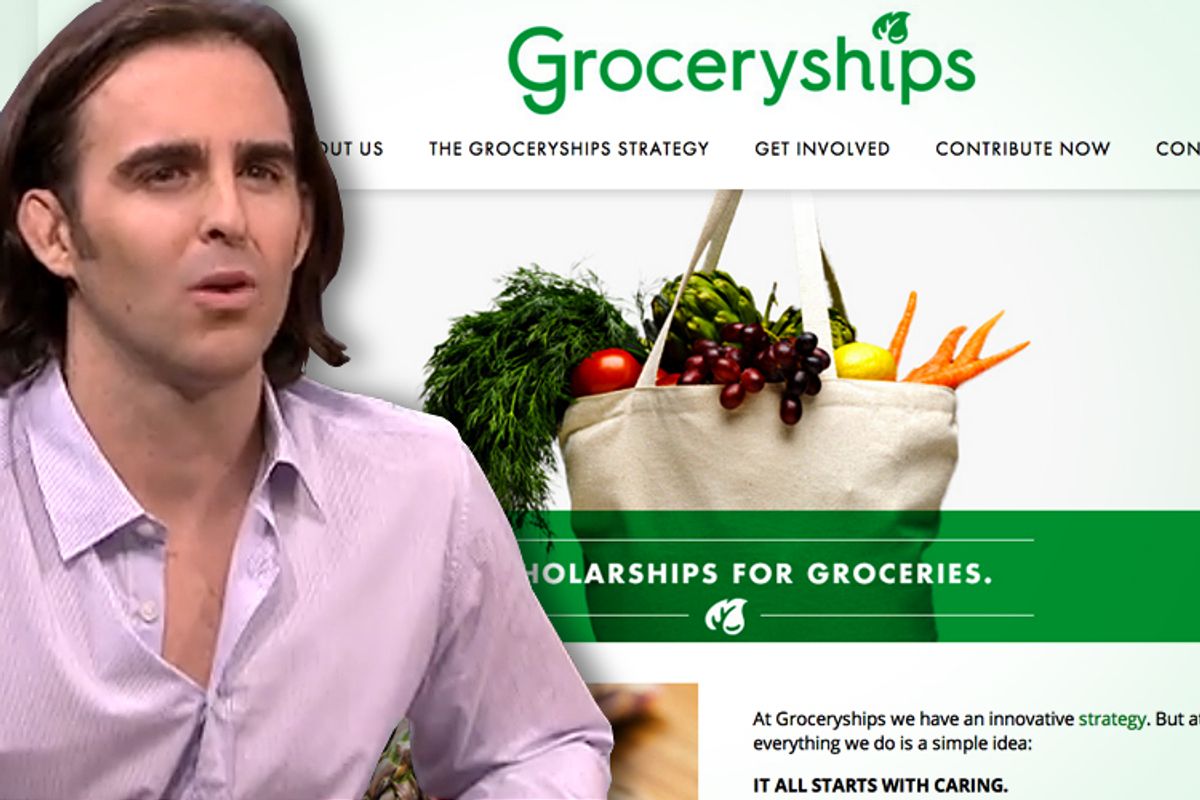 In Sunday's New York Times, former trader Sam Polk has a weepy confessional candid opinion piece, “For the Love of Money,” about his addiction to money, and how he’s overcome it (but not before pocketing the millions, mind you). It doesn’t really stand out, whether as contribution to the genre of former plunderers financiers, or a redemption narrative. But it is helpful in understanding the “pipeline” from the “free market” to the neoliberal (bio)politics of charity.

You see, Sam Polk locates his “addiction” within the context of his addictive personality, to cocaine, to alcohol and, finally, to money. He points out that he was the child of a Willie Loman-like father, who always wanted to be rich, always dreaming the big dream, but who never got there. I suppose, in part, his piece is supposed to locate his desires as part of a quest to fulfill his father’s dreams. But even in this, he doesn’t stand out. After all, many children grow up to be adults who strive to fulfill their parents’ hopes for success, however that turns out.

But the issue that really troubles me is his proselytizing zeal (like the kind that envelops ex-smokers and new vegans or philosophy students who’ve just discovered Foucault) with which he points out that having all that money really isn’t that great, and that it’s better put to use in distributing among the less fortunate.

Conspicuously absent in Sam Polk’s heartwarming confession is any description of the role he played in a financial sector that led to one of the most destructive economic decimations since 1929, and to a widespread societal poverty or misery. Apparently, his only sin was gluttony.

And voilà: back to a moral accounting. After all, this is a Judeo-Christian framework, isn’t it?.

What better way to atone for one’s sins than to confess and pursue redemption by distributing alms to the poor. And coincidentally, it dovetails with the ongoing neoliberal mode of addressing widespread social crises: increase pressure on “civil society” to remedy hunger, poverty, homelessness, domestic violence, access to reproductive rights social problems through private charity.

As we know, these are social problems created through the decimation of federal budgets, because it's much more urgent to feed the chicken hawks by funding the war on terror through its respective bureaucracies: the NSA, DHS, ICE, the DoD, etc., etc. And they’re created by the same corporations who are now bereft of the voracious, graciously hedge-funded presence of Sam Polk.

But then again, maybe redemption has an upside. Here’s what Sam Polk has decided to do in his saintly afterlife: He has created a charity that “gives” six months of groceries to needy families (those who make less than $40,000 annually). You might think, kudos to Polk! Wow, what a guy!

But as we know, nothing in life (that actually matters) is ever free. In a very beautifully worded story, Polk and his beloved physician spouse watch a show about eating more healthily. Spouse bursts into tears at the new idea (new? really?) that eating more whole foods and grains will make her healthier. And sure enough, after a few weeks of better eating, the Polk clan feel better, lose weight, get off Lipitor, lower their cholesterol, etc.

So they decide to share their newly discovered insights to (drumroll, please) -- say it with me: Help the needy. (Watch out, Bill and Melinda!)

And how will they do so? By using their SoCal networks to pressure Gov. Jerry Brown to commit more money for poor families to be able to buy better food? By hounding the California state Legislature to expand welfare budgets? By using his former Wall Street influence to pressure their Sens. Dianne Feinstein and Barbara Boxer to start winding down the war on terror so as to make local foods more affordable? To reallocate defense spending in favor of transportation subsidies?

In case you haven’t guessed already, no.

Instead, the Polk family (and there are many of them listed on the website; check it out) will “award” grocery scholarships to those who really want it. Yes, the allusion is certainly to “merit” — because not every single poor family is worthy of eating well, simply by being alive — instead they must commit to taking weekly nutrition classes, meetings, counselors, tests, etc.

Much like a religious charity where the needy must accept a healthy lecture on their sins along with their dinner, the Polks have created a cult of granola, in which the needy will be helped only if they realize that it is in their own best interest to eat better.

Apparently, that is what is missing for poor people: knowledge and know-how about nutrition, at least according to Sam Polk and his spouse. Not money, time or the social space and dignity to arrange their own lives on their own terms, but “rewards” with strings attached.  That’s because — remember -- the poor don’t have beliefs; they only have compulsions and misguided ideas. True moral uplift means the poor must be cultivated in the image of Southern Californians and other bourgie liberals who focus on the body as the site of virtue. Morality, yet again, is individual. To hell with pressuring the state to reallocate funds for a well-funded social infrastructure enabling people to decide how to live a healthy life (say, expansive healthcare, subsidized public transportation, no-strings-attached food subsidies. Just a thought).

“What’s wrong with helping poor people eat better?” you might ask. “Even you eat kale and legumes on a regular basis. Are you such a classist hypocrite that you want to deny poor people that chance, too?”

It is true. I am more into granola and yoga these days than in my youth. But it is a decision that I made after years of a diet weighted toward animal proteins and fermented grape and barley. And my partner has mostly disdain for it and doesn’t join me. And doesn’t have to. Because each of us can afford to make the decisions we like without having to account for it to anyone else.

And that is the point. The ability to live a dignified life should not be dependent upon the whims of others — or on one’s personal (lack of) wealth. And if one or many do not have sufficient money — perhaps because they lost their already meager homes, wealth and livelihood in the course of the recent financial machinations and ensuing crash (with hedge fund traders, among others, at the helm) -- then they should certainly not have to be at the mercy of private monies funneled by the formerly predatory do-gooders who are seeking a new colonizing mission (to help the poor learn how to eat healthily) to redeem their immoral souls.

The perhaps not-worst aspect of this is the sheer condescension of the former parasites. They preach nutritional moral uplift for the poor (not because they don’t have time and energy and money, because they don’t know better, apparently).But wouldn’t subpoenas to testify about legalities of their previous business dealings be a better way to save their own souls? Now there’s real redemption.