A university doesn't find "The S&M Man" so funny 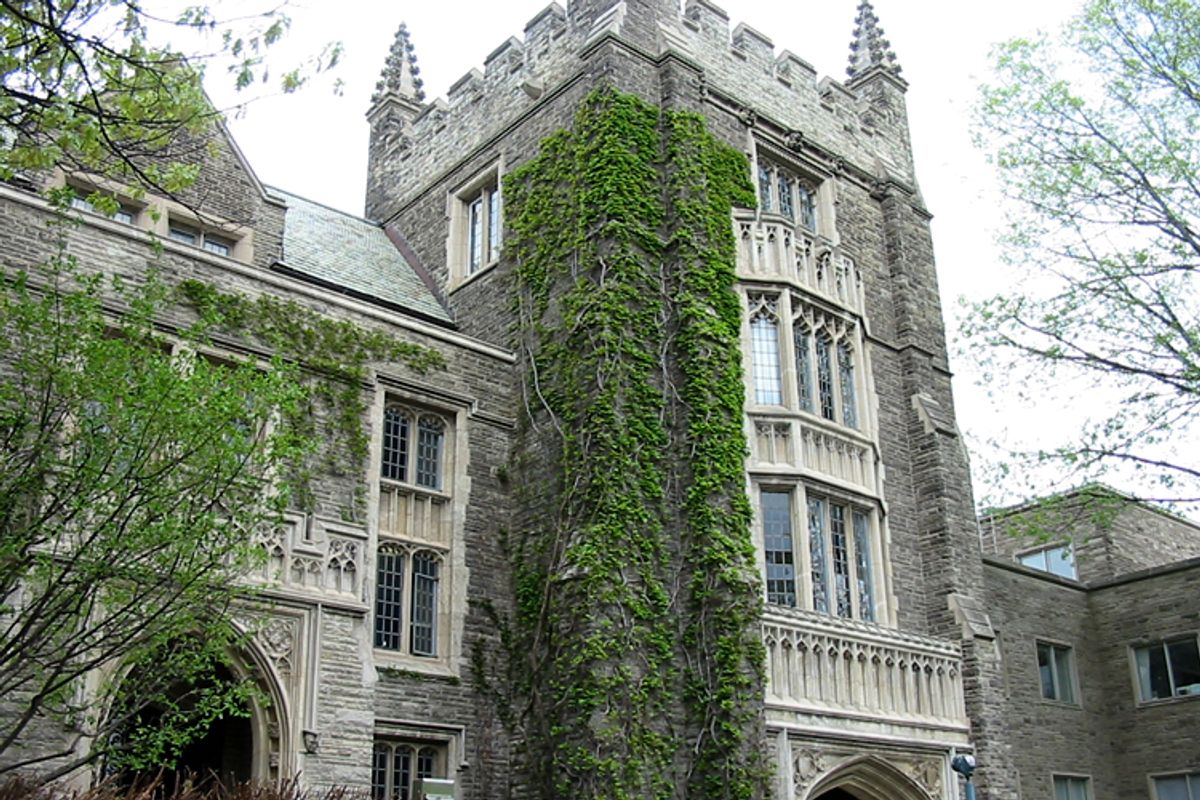 Wow, you college kids really love your rapey chanting, don't you? Last September, student leaders at Halifax’s Saint Mary’s University were disciplined after a video surfaced of an orientation week chant featuring lines like "SMU boys, we like them young. Y is for your sister. O is for oh so tight. U is for underage. N is for no consent. G is for grab that ass." Now, a McMaster University engineering students' group has been suspended for using a songbook the school's provost and vice-president David Wilkinson calls "highly repugnant."

In a release sent out Thursday, the school describes the songbook as containing "sexist, violent and degrading material" and says that the student group, known as the redsuits, "will not be allowed to run or participate in any events on campus and the student group will not be permitted to participate in the organization of this year’s Welcome Week activities," and that a full investigation into the songbook controversy is being launched.

In its announcement, the school declined to cite the exact nature of the "repugnant" lyrics, but its paper, The Silhouette, published them Thursday – along with a useful trigger warning. Many of the "engineering cheers" contained within are standard issue odes to inebriation, with lyrics that, though "mainly for males," have been incorporated in ways "that will appeal to females so that anyone can enjoy singing" them. And if ladies want to sing songs about how "Bestiality's Best," well, there's not a whole lot of harm in that. But the main bone of contention is a song the book's compilers say that "cannot omit," even as they warn, "People will be offended."

"The S&M Man," to be sung to the tune of "The Candy Man," has been around for almost as long as Sammy Davis Jr.'s original 1973 hit. It's featured on the Wilkes Barre/Scranton rugby team's list of songs to learn and "try to memorize,"  and it's on song lists of other sporting clubs, mostly rugby, around the world. It's pretty much a musical version of "A Serbian Film."

Now I'd wager that nobody, not even those naughty kids from the engineering department, truly wants to sodomize babies or "electrocute the bitch." The song is meant to provoke and shock, preferably in a frenzied moment of sporty bloodlust. It's just a stupid, stupid song.

But let's just hope for a moment that a gathering of college students isn't a rugby game in the seventies, and let's hope that despite the fact that there will always be power and even release in shock, the world has progressed somewhat in the past 40 years. Maybe there was a time when guys could hang out and sing collectively about doing things to a nun "till she wants to be a Jew" with impunity, but you know, maybe not so much anymore. It's not exactly cool to go around singing odes to sexual assault, especially when rape is an all too common reality of college life. Sorry.

In its intro, one of the book's compilers (the name has been redacted) writes, "It is my dream that this document will survive my graduation, and grow beyond my work on it as time goes on… This way, there will always be a written history of these songs, so that they will, God willing, never be forgotten." Consider it done, pal. They will never be forgotten. But you might want to consider where they're repeated.