Why is its sexual assault rate so staggering? 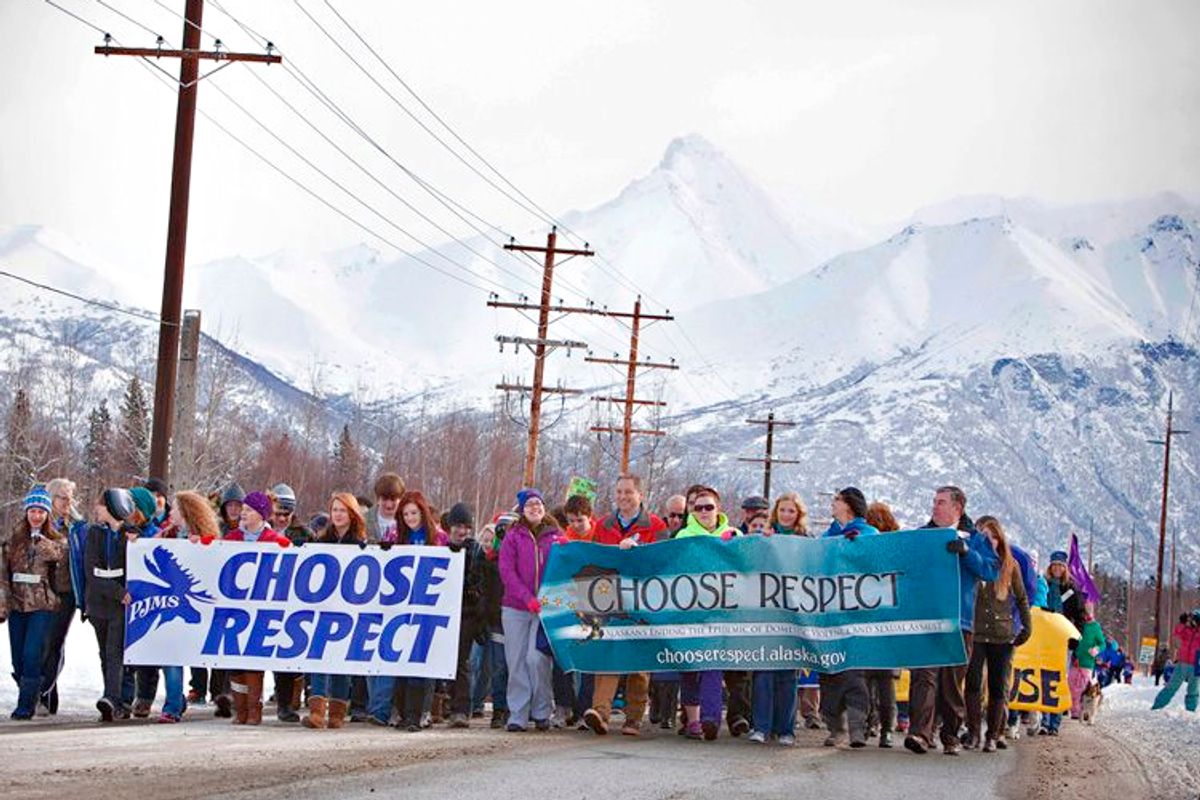 How likely are you to be raped? It may be a question of geography. A sobering CNN series of reports Tuesday examined rape statistics across the country and uncovered a wide variety of crime rates – with Alaska clocking in at triple the national average. (Even more shockingly, its child sexual assault rate is six times the national average.) Gov. Sean Parnell calls it "an epidemic." And statistics paint an incomplete picture, because they only reveal reported rapes. The true rate, in Alaska and nationwide, is likely considerably higher.

CNN's John D. Sutter, who put together the new series of reports from the state, is not the first to point out Alaska's alarming incidence of sexual assault – or to try to understand the reasons for it. Last spring, Carey Restino wrote in the Alaska Dispatch that "Boys who witness domestic violence are twice as likely to abuse their own partners and children when they become adults. So here we have a large population of the state being abused, and with every incident, the likelihood that the problem will continue to get worse, generation after generation, increases." And last fall, Business Insider's Erin Fuchs examined "Why Rape Is Much More Common in Alaska" and noted that an astonishing 37 percent of Alaskan women report having experienced sexual violence. She also reported that "Native Alaskans make up 61% of rape victims in the state," though unlocking why the rape rate is so high in the Native American population remains a challenge. Another problem, she pointed out, is Alaska's ruralness. "Women simply can't rely on police to come help them if they're raped," she wrote. "One 19-year-old Native Alaska woman who lived in a village of 800 called the police after a stranger broke into her home and raped her in the middle of the night, the Times reported in 2012. The police didn't answer, so she left a message. They never returned her call."

In CNN, Sutter notes that "at least 75 communities" in the state have no local law enforcement whatsoever, and that help, even when and if it does arrive, almost always takes a very long time. "Much of Alaska," he says, "is basically lawless." And if you think the nationwide rate for sexual assault conviction is alarmingly minuscule, imagine living in a place where you can't even get the cops to come to your door in the first place.

But change is coming. Gov. Parnell has recently been making efforts to expand law enforcement in remote areas, asking for expansions to the Village Public Safety Officers program. They're a proven deterrent – Sutter says, "Rates of serious injury from assaults are also 40% lower in villages with a VPSO."

Yet in removed, tightly knit communities where sexual assault is often a domestic matter and abuse frequently occurs in the context of generations of learned behavior, it's going to take more than additional officers to truly stem the tide. Parnell has been spearheading "Choose Respect" rallies across the state to bring the issues of domestic abuse and sexual violence out into the open. Fighting sexual assault takes a three-pronged effort involving money, resources and education. Victims need to know that they will be dealt with promptly and compassionately. Assailants need to know their actions will have serious consequences. And justice belongs in every corner of the nation, for every American, from sea to Bering Sea.