Death threats against a 5-year-old: Our terrifying troll culture 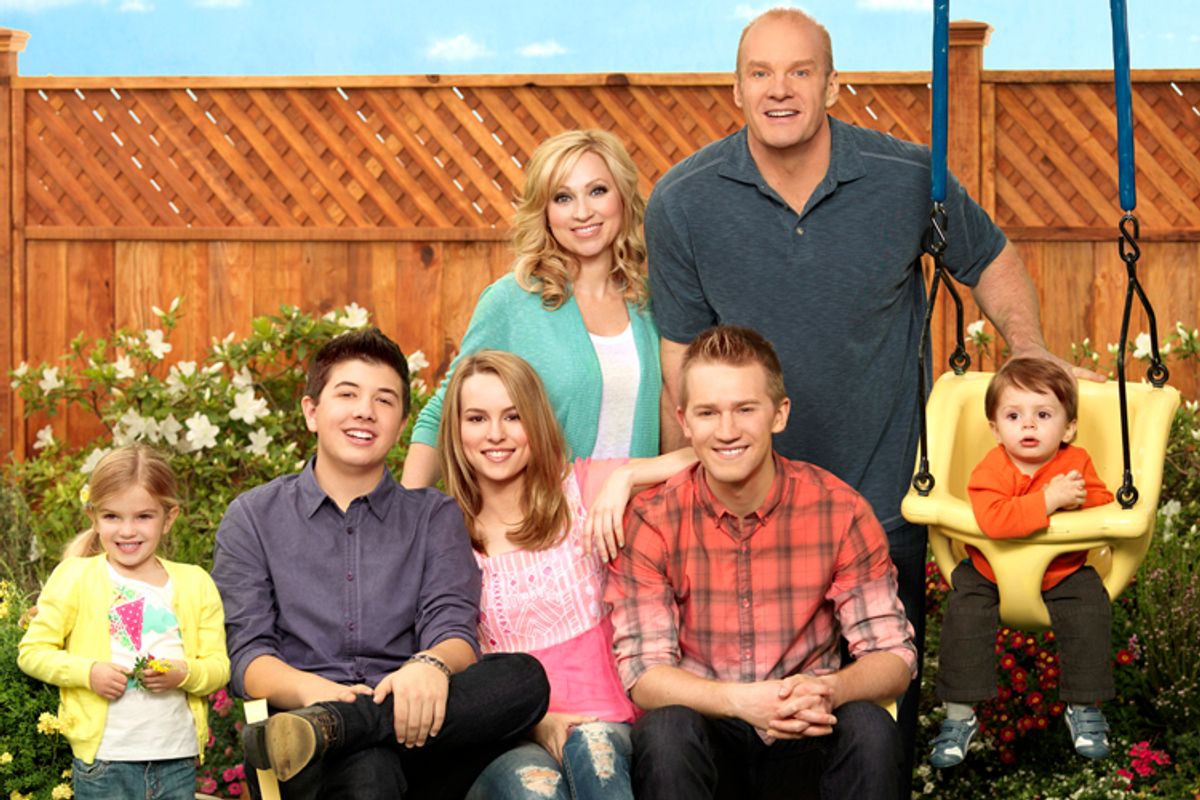 Sometimes, I'd just like to have a day in which I don't have to know how many angry, crazy people are out there. But today, let's talk about the death threats leveled against a 5-year-old.

Mia Talerico is the titular Charlie of the Disney Channel's family sitcom "Good Luck Charlie." Until recently, the show, which ends its four-year run later this month, was most famous for launching Bridgit Mendler into stardom. (If you have little girls in your life, that last sentence makes sense.) But in January, it made headlines for introducing the network's first gay couple – as the mothers of one of Charlie's young playmates. As a Disney spokesperson explained last year, "Like all Disney Channel programming, it was developed to be relevant to kids and families around the world and to reflect themes of diversity and inclusiveness." Disney has long been a supporter of gay and lesbian families, encouraging "Gay Days" at their theme parks, and including gay characters in movies like "Frozen."

Naturally, the appearance of two women and a child depicted as a normal and functioning American family outraged all the usual arch-conservative clowns, including the perennially furious One Million Moms, who've accused the network of "plans to corrupt the children's network with LGBT content." But along with the usual homophobic pouting, the show's gay characters have inspired a scary level of vitriol against one of its youngest stars. The Los Angeles Police Department confirms that its Threat Management Unit is investigating "death threats and other harassing messages" toward Talerico. As TMZ reports, messages on Talerico's Instagram have included "Die Mia, F**king Die in hell! Kill yourself, you deserve to die," and "a picture of Mia's head with a bloody fist covering it... with this message, 'Yes, kill you stupid bitch.'"

And that apparently is what life, now, is. If you put yourself out there in public even the slightest way, this is what you'll get. You can be Miss America and they'll call you a "terrorist" for having dark skin. You can be a football star and they'll call you a "monkey."  You can be a critic with cancer and they'll say they "can't wait for you to die." You can be an ordinary high school student who's just come out, and you'll get a letter that "You don't deserve to live in this world." And of course, if you're a woman and if you've ever expressed an opinion anywhere in public, you can be pretty sure someone's going to let you know you ought to be assaulted and mutilated. In my own past, I've had readers volunteer to come to my house to rape me with a knife, and express the wish that my own children smother me to death. Just this morning, because I've written about Woody Allen, I got an email from a reader sharing his hope that my two daughters be sexually abused.

Yesterday, I had an exchange with another writer who casually said, "I ignore most of the abuse, and forward the death threats to the police." As if this is a perfectly normal part of the job. As if being alive and saying anything ever, or being part of anything, ever, means you've got to assume that insane people are going to say insane things to you and maybe try to carry some of them out. Even if you're a 5-year-old girl. It chips away at the soul. Some days, you brush it off, because you have to. Some days, you're really scared. And many days, you're just demoralized. Because right now the L.A. cops have to investigate whether the person who says he'd like to kill a child is just some regular, run-of-the-mill bully or a legitimate threat.

We all have a responsibility to make the world, and especially the online version of it, a less threatening place. We have to refuse to feed the trolls or to be chased out of conversations because some random human garbage or genuinely dangerous individual doesn't like what we stand for and thinks it's fun to try to frighten us. But it can get really hard, and it is really exhausting. I'm sorry you had to learn that at age 5, Mia Talerico. And as they say on Disney, good luck.