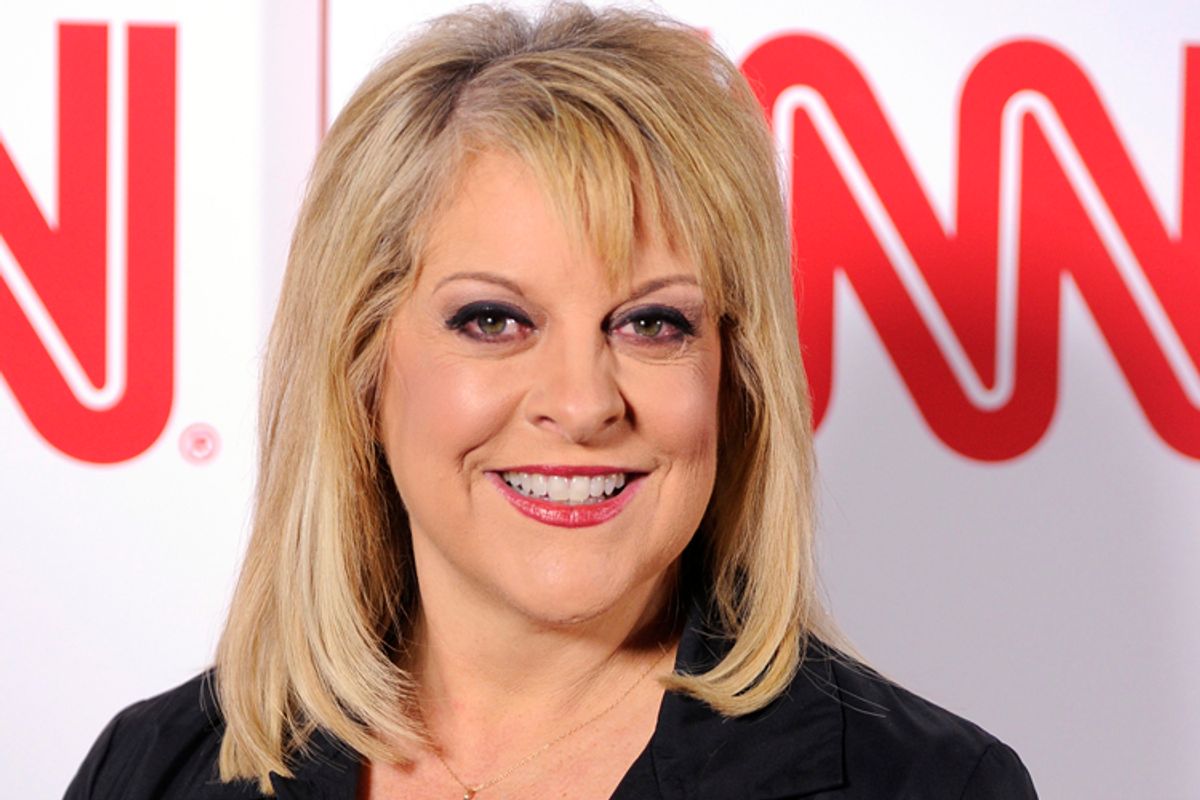 You wouldn't think that the network that boasts Nancy Grace could come up with a plan to become even worse. So you've got to hand it to the innovators at HLN, for announcing a rebranding that seems all but certain to secure its place as the absolute most terrible thing on cable.

On Monday, the network unveiled a new strategy aimed at "millennials and the millennial-minded" to become "the first TV network for the social media generation." Under its new executive vice president and general manager Albie Hecht, HLN promises its headlines will be "ripped" more from "plugged in" sites. "Just as MTV was adopted by a disconnected target audience that was underserved by television," Hecht says, "HLN will be the first TV home to embrace the social media generation and champion its interests." (Personal to millennials: I do not blame you for this.)

As part of the revamp, HLN has acquired the syndicated viral video show RightThisMinute, which features breaking footage of "terrifying" robberies and an "angry ram [who] has got the munchies." The network also promises new "animation, reality, gaming and clip shows," as well as incorporating social media aspects into existing shows like Nancy Grace's and Dr. Drew Pinsky's. HLN's new slogan is, "We’re not the news network. You are." I guess "What do angry shut-ins think?" was taken.

It's not that social media never results in meaningful stories – and action that changes lives. It's a powerful tool of social protest.  It's a venue for sharing the intense human experiences of illness, grief and love. Depressing to downright scary though the Internet community can be, it's also, as we all well know, where you'll find the first reports from the scenes of breaking news, and frankly where a lot of the most original, innovative content is coming from.  But ask yourself if you believe that's really what you're going to get from the network that gave us the Casey Anthony and Jodi Arias trials, from the people who  just this weekend bestowed upon us the hashtag "FreezerTot."  HLN's business strategy isn't a dynamic call to collaborative journalism. It's about sitting around and waiting for a woman to be accused of a gruesome murder.

The days of the omniscient talking head are rapidly running out, and news today has to reflect that. But I'd like to remind the super "plugged in" Albie Hecht and HLN that MTV has pretty much always sucked, even when it played music. In its early days, it wasn't catering to an "underserved" audience; it was in fact widely criticized for its lack of diversity. I'm just saying, if you want to compare yourself to something, are you sure it's the era of abundant REO Speedwagon videos?

More significantly, HLN's ratings consistently reflect that its biggest bonanza is tawdry crime stories and whipped up coverage of them. So what kind of brilliant insights and revelatory tidbits are the viewers obsessed with the minutiae of the Michael Dunn trial going to offer? Maybe the network is going to institute some amazing curation of the feedback and content it's currently desperately trawling for, but given the current state of its Facebook community, replete with commenters wishing "May these a$$hole develop a serious case of crotch rot" and "Come on man, this is crap," I'm a tad skeptical. Then again, given the ugly, exploitative nature of its current content, maybe turning over some of the content reins to its audience will suit HLN just fine. If we get the media we deserve, there's little doubt HLN and its viewers deserve each other.