Couples, get your own email accounts!

A new study says over a quarter of couples share an email -- why? 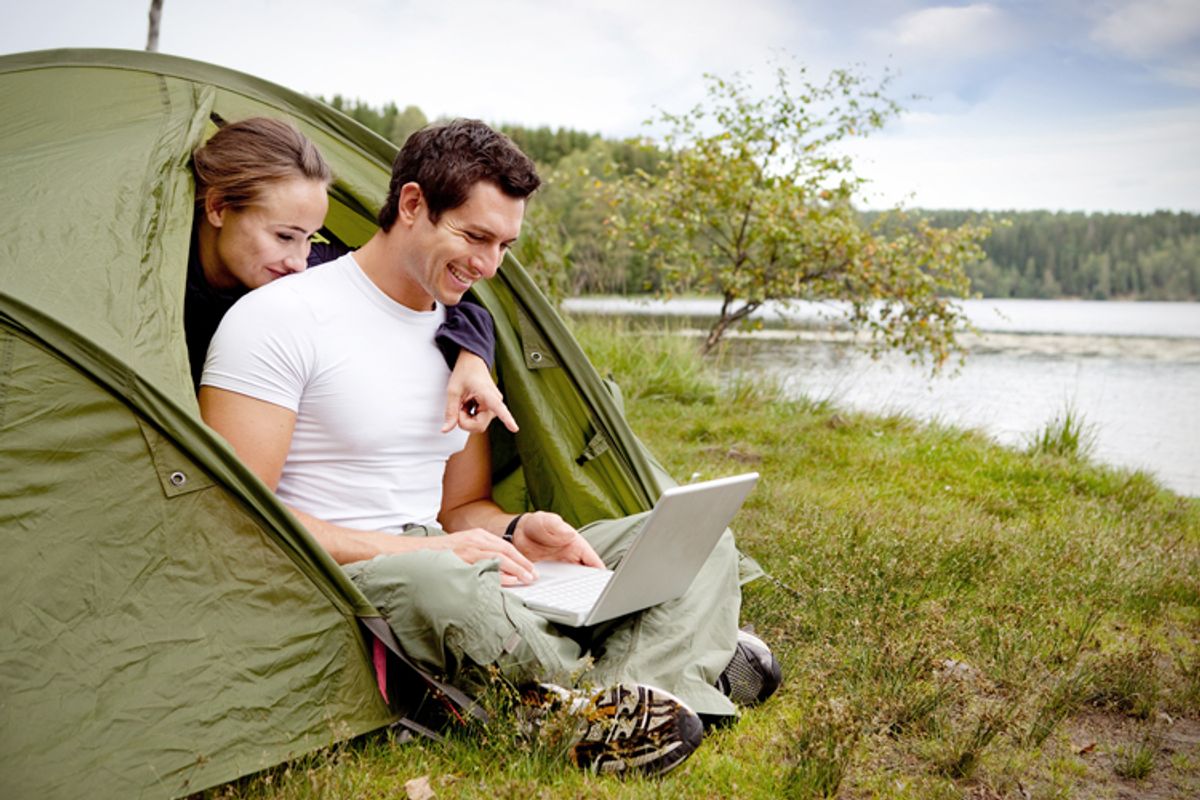 Hey, Valentines. Are you going to take things to the next level this year? I'm talking way beyond an updated Facebook status to "in a relationship." You want to really go the distance? Let's see you two merge your online presences into one happy Borg of love.

A new Pew report released Tuesday reveals "How American couples use digital technology to manage life, logistics, and emotional intimacy within their relationships," and the results are intriguing. Sure, there are the not-exactly-groundbreaking revelations that "Sexting among adults is up since 2012" and that "Young adults are more likely to report feeling closer to their spouse or partner thanks to technology." But who knew so many couples were sharing an identity? Pew says that a full "27% of internet users in a marriage or committed relationship have an email account that they share with their partner" and "11% of partnered or married adults who use social networking sites share a social media profile." And a whopping "67% of internet users in a marriage or committed relationship have shared the password to one or more of their online accounts with their spouse or partner."

Sure, move in with someone you met in a Reddit thread last week. Get matching tattoos, run off to Vegas and get hitched. But sharing a profile? That's serious. That says commitment. The Pew study notes that "Adults who are long-partnered use technology in their relationship, but are more likely to use some of it together — by sharing email addresses and social media profiles as a couple." And it theorizes that part of the reason that older, more long-term couples are likelier to have joint accounts may have to do with timing. If you were already paired off when you got your email or Facebook account, "Those who were already together as a couple at the advent of a new platform or technology were a bit more likely to jump on together, as a unit."

OK, so maybe you got on MySpace together 10 years ago because you were too intimidated by the wonder and majesty of it to experience it alone. Maybe you got a joint email account back in the '90s because you both laughed and said, "Email? What will we ever use that for anyway?" Or perhaps you've only been together a few months, but a Twitter profile that's DAVEANDKELLY4EVAH seems like a hot idea. However you slice it, let me tell you this. It's not now nor ever will be a hot idea.

I can understand keeping some finances combined for ease of paying for joint expenditures and whatnot. I get why Pew says "11% of couples have an online calendar that they share" – how else are you going to know when Sam has an evening AA meeting and Ramona has her business trip? But it's 2014. It's not as if we don't know how the Internet works. It's not like social media profiles or email addresses present some kind of financial burden, so you'd have to double up for economic reasons. It's not as if accounts are so rare that you'd better combine them so the world doesn't run out. And as Time unromantically ponders, if you two should ever break up – I mean of course you never would but let's just pretend for a minute -- all those tangled up passwords and IDs could get messy. It's all great now, but what if someday the person you love is the person screwing with your Netflix queue? Or writing all those insane comments on HuffPo? It could happen.

But the main reason to keep your accounts separate is just because we, your friends, are getting a little creeped out when we think we're talking to Dana and Samantha pipes in with a reply. We prefer to regard you as separate human entities with your own likes. Literally. Because seeing you fused together as BobandChris is just weird. And by the way, everything I'm saying here goes for parents and children too. If your kid is old enough for social media, she's old enough for her own account on it. Don't be an overcontrolling mom or dad. Also, your adult friends don't care for status updates about how hard science is.

Just go ahead and trust that the person you love can fly free on social media without being joined to you at the hip. Trust that being separate sometimes is not being sneaky. (Unless he or she has a phone you didn't know about. Because then, yeah, you're being played.) Trust that you, in your online persona, are entertaining enough without having to perform as a duo. And know that sharing a life does not have to mean merging it.