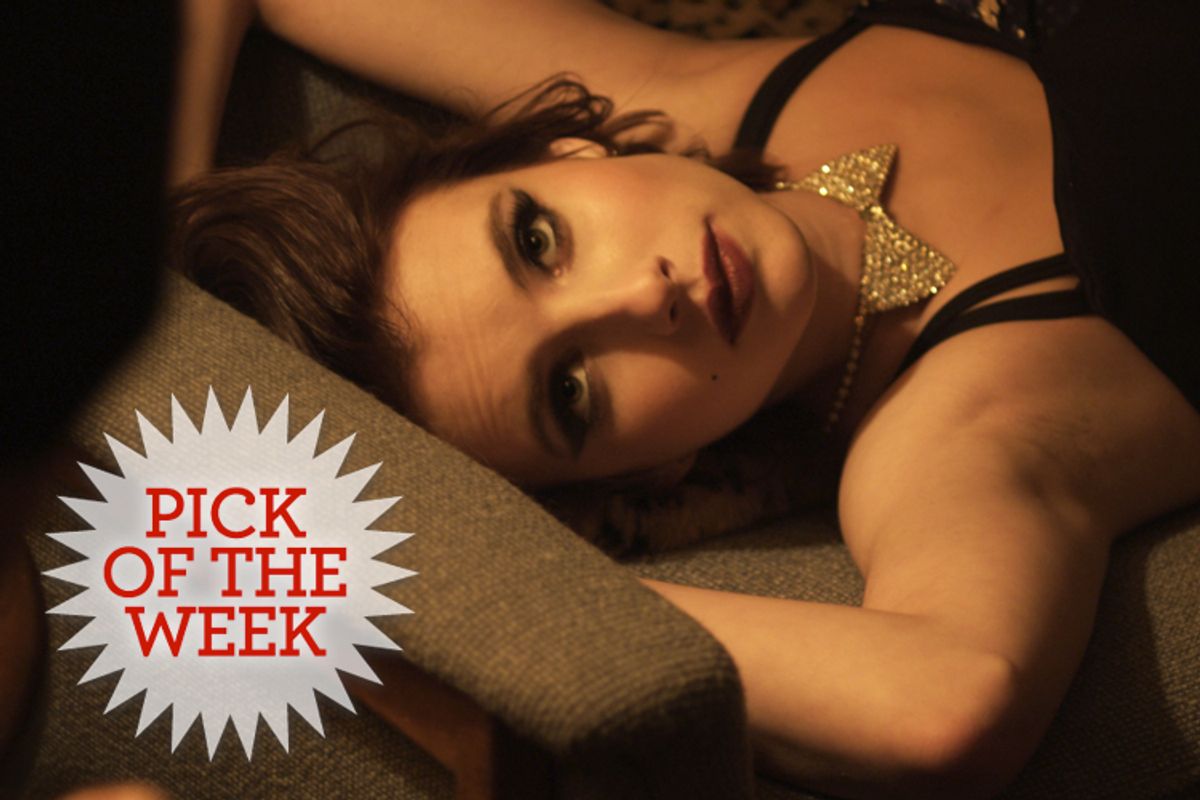 “I just want to throw something out there: I would like to be your protégé,” burbles an aspiring young poet named Amy (Emma Roberts), the main character of “Adult World,” when she finds herself not merely in the company but in the house of her idol, a rumpled, 40-something onetime bohemian icon called Rat Billings, deliciously underplayed by John Cusack. “Protégé,” muses Rat, nodding along with Amy’s thoughts. “I haven’t heard that one, sober and with my pants on, for a long time.”

It’s the peculiar and tense relationship between these two not entirely likable characters, inhabited fully by Cusack and Roberts, that makes actor-turned-director Scott Coffey’s modestly offbeat indie comedy, one of the hits of last year’s Tribeca Film Festival, so rewarding. Amy wants to be a dark and passionate poet, as she imagines Rat to be, but she’s really a shy and virginal young woman with no significant life experience (and way too much confidence in her talent), who only left her family’s suburban house when her parents kicked her out. She’s not qualified to see or understand what Rat sees perfectly well: His own dreams of literary greatness have come to nearly nothing, and now he’s a middle-aged guy with no family in a rented house in a downtrodden neighborhood of Syracuse, N.Y., teaching creative-writing courses and editing anthologies to get by.

At first I thought Roberts was pushing Amy a little too hard. Her need to be discovered and delivered from obscurity to stardom is so enormous, her actual achievements so minimal and her posturing so transparent — “We’re bohemians,” she assures a prospective landlord — that you almost ache for life to slap her down. But this strong but unfocused personality gives her the momentum to keep slamming herself against the immovable object of Rat’s acerbic detachment, and we quickly come to understand that he’ll slap her down plenty hard when he gets around to it. Indeed, almost everyone who’s ever been a recent college grad aching for success as a writer or artist will find some identification with both of them: If Amy’s embarrassing, it’s in a familiar and vulnerable fashion, and if Rat is officially the more mature and wiser of the two, too much failure and too much Syracuse have also made him hardhearted.

Sometimes I think John Cusack needs to have a conversation with the film gods about what happened to his career, and sometimes I think it’s all worked out for the best. In my mind, Cusack is still a movie star and a generational icon, but at best one of those things is still true. It’s been almost 25 years since “Say Anything” and 15 since “Being John Malkovich,” and Cusack’s recent roles have almost all been the oddball supporting variety: Playing Richard Nixon in “Lee Daniels’ The Butler” (one of the strangest choices in that movie’s parade of peculiar presidents), playing Edgar Allan Poe in “The Raven,” playing a vicious redneck killer in Daniels’ “The Paperboy” and, of course, starring in “Hot Tub Time Machine,” a work of unappreciated and wistful genius. (Try to convince yourself I’m kidding. It won't work.)

But those are all interesting choices, even if the movies didn’t all work out. I've never gotten the feeling that Cusack is agent-coasting from crap role to crap role without reading the script, Robert De Niro style, or engaging in slow-motion career seppuku, à la Vince Vaughn. He pours himself into every role, and even though the script to “Adult World” (by former TV writer Andy Cochran) relies on an overly familiar structure and some obvious gags, Rat transcends all that. He’s almost a consummate Cusack introvert and dreamer, a grown-up Lloyd Dobler gone just slightly sour. This is a performance of great subtlety, not a caustic caricature: Rat still believes in something, probably still in some Platonic ideal of poetic possibility. But he no longer believes he will fulfill it. “I could organize you!” Amy announces, when desperately trying to implant herself in Rat’s life. “You could euthanize me,” he murmurs.

But director Coffey (and seek out his 2005 black-comic Hollywood fable “Ellie Parker,” with Naomi Watts, if you haven’t seen it) knows his movie’s at its best when Cusack and Roberts collide, and repeatedly uses them to overcome the script’s limitations, and almost to dig a pit of chaos beneath its. The scene when Amy tries to seduce Rat, having drunkenly allowed Rubia to dress her up in a pseudo-Parisian outfit that most actual hookers would find too slutty, is a masterpiece of discomfort. You can feel that Rat is almost irrevocably tempted; he has a cute girl literally throwing herself at him. But is she dangerously psychotic, or just garden-variety confused? The fact that she tries to seal the deal with cringe-inducing Anaïs Nin erotica metaphors, delivered in her high-pitched “poetry voice,” ends all internal debate.

"Adult World" is now playing in major cities, and is also available on-demand via cable, satellite and digital providers.