Stephen Colbert to Bill O'Reilly: "With all due respect, you're an idiot" 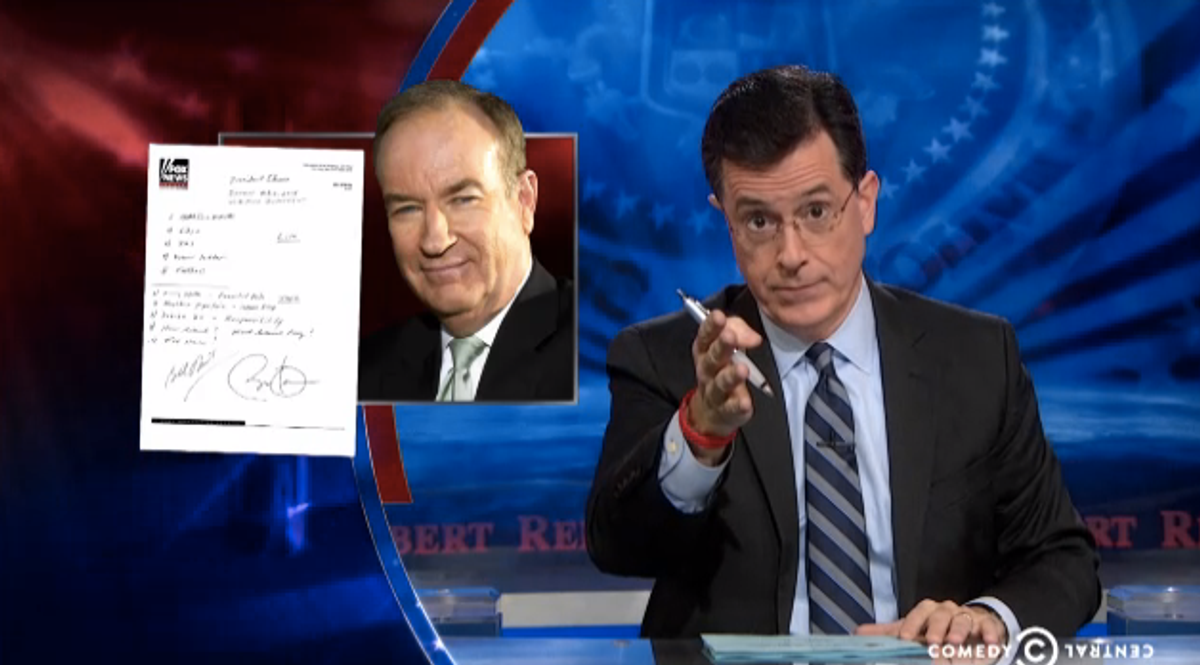 Bill O'Reilly, a loud voice with a face, is angry with Stephen Colbert (and Salon!) for mocking his efforts to auction off handwritten notes from his pre-Super Bowl interview with President Obama. This is because, after O'Reilly announced the auction of the not-at-all historic "historic" item, Colbert responded by auctioning off a microwave once used by the magnanimous O'Reilly himself.

Because the proceeds of O'Reilly's sale go to the Fisher House Foundation, which offers assistance to military families, the Fox News anchor saw Colbert's segment as a swipe against his charitable work -- and not, say, the egoism of offering up one's inconsequential 8.5-by-11-inch piece of paper as an auction item. (The sale of Colbert's microwave benefits the Yellow Ribbon Fund, another organization that helps military families.)

The feud has resulted in "a huge misunderstanding between me and my Broadcast life partner," Colbert explained on Thursday night's "Colbert Report."

"Bill did not see this as an homage," Colbert observed, dismayed. "I wasn't mocking you, I was celebrating you!"

He added, "Bill, with all due respect, you're an idiot."