18 songs about aliens that will get you looking skyward

From Blondie to Bowie, here's your space-invaders playlist! 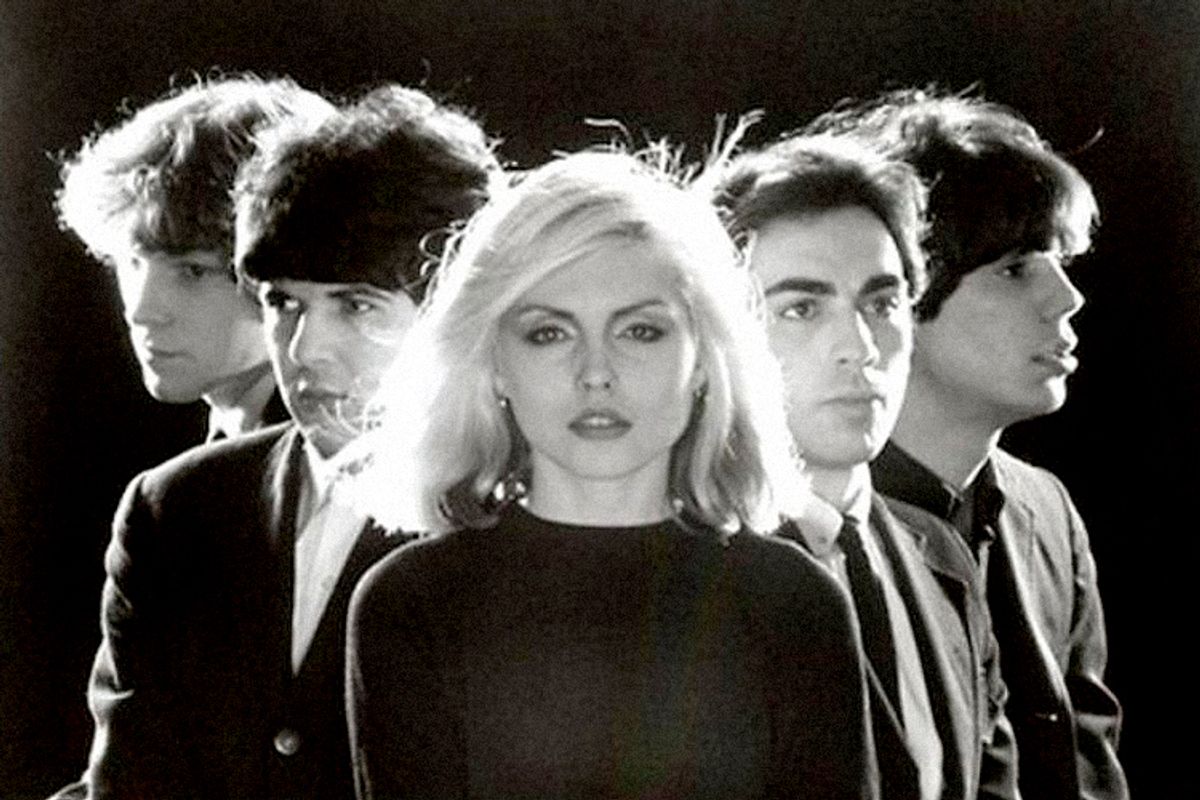 Aliens: They teach the Neanderthals to invent the Internet one minute, launch an interstellar attack the next, and cap it all off by involving us in various indecent acts. But whether they are threat or menace or some combination of the two, one thing is certain — they walk among us. At least on YouTube.

Billy Lee Riley's first hit was this classic vision of little green men bearing rockabilly to the unsuspecting earthlings. He couldn't understand a thing they said, but that crazy beat just knocked him dead. It all seems fairly benign as alien contact goes — though Riley's shriek does evoke visions of buildings disintegrating and havoc unleashed. Maybe rock 'n' roll is the end of civilization after all.

Man or Astroman have long been a band devoted to the eternal union of sci-fi and surf-rock. The alien visitors will be met with wave after wave of whammy. This is what Galactus plays when he sends out his herald, I'm pretty sure.

Belvedere, "And You Thought the Doctor's Probe Hurt"

Canadian skate punks are kidnapped and have their minds tampered with before being left on a bale of hay outside, all in only 2:15. You can get a lot of alien encounter in fast when you're traveling at hardcore speeds.

Just as it was obvious that aliens would dance to rockabilly with Billy Lee in 1957, in the early 1990s it made sense for Martians to shake it to synthpunk. Every era gets its own futuristic shimmy.

I know it's a little heterodox to say so, but "Trompe Le Monde" has always been my favorite Pixies album. This track is one reason why. Joey Santiago lays down that gunning surf-guitar intro and then Black Francis is off on his cracked, heart-on-the-sleeve tribute to the Roswell aliens and their sad fate as government curiosities. The Pixies were a band that could sing elegies to bureaucracy.

Usually aliens are thought of as being forward-looking critters, but in Ella's version the little green guys are fuddy-duddy stick-in-the-muds muttering about movies these days and women's hats and get off my space-lawn, you kids. Maybe the corny arrangement and background vocalists glomming up Ella's jazzy swing drove them off — or vice versa. Aliens have peculiar tastes.

Blondie meets the alien, which is hip-hop, and is eaten by it. Which doesn't seem like such a bad fate, really, what with the ballerina and the goat and all.

Like George Clinton, Bowie has made a career of pretending to be from outer space. And like "Mothership Connection," this is a determinedly sunny, hippie vision of outer-space visitors helping us all to get along and get down. "Let all the children boogie." P-funk would agree with that.

A scene from "Koi … Mil Gaya," Bollywood's 2003 answer to "ET," with a cute neotenous green alien replaced by a cute neotenous blue alien, and the Reese's Pieces product placement replaced by Coca Cola. Plus, since it's Bollywood, lots of singing, dancing and mugging amid the hay bales. Who knew that when the aliens came they'd bring vocoders?

The Byrds classic performed by an alt-folk super-group, including Shannon McNally, Amy La Vere, fife and drum blues player Sharde Thomas, the incandescent Valerie June, and Luther Dickinson of Black Crowes fame. The live performance is nicely ragged, with round-robin vocals and a kazoo solo. The weird light in the back looks somewhat otherworldly, but for the most part these are some unusually rootsy aliens.

Neil Young, "After the Gold Rush"

Klaatu here demonstrating that Neil Young isn't the only woozy Canadian to look up to the sky and say, whoa, man.  "In your mind you have capacities you know," they sing, "to telepath messages through the vast unknown." Those capacities include some disturbing Sgt. Pepper's soundalike moments; a rumor that the 1973 album was actually a Beatles project boosted sales considerably. It's not hard to imagine Paul closing his eyes, turning his face to the heavens and declaring earnestly, "We are your friends ... and the girl is mine."

Most of the tracks so far have been cheery about the prospects of alien invasion, viewing extraterrestrials as either saviors or funky dance companions. With the title track for Queen's soundtrack to the 1980 film, though, we get our first glimpse of the bad aliens, as Ming the Merciless toys with the earth in preparation for invasion and/or "annihilation." That surging heartbeat keyboard and Freddie Mercury's soaring "aaaah-aaaaahhhhhs!" are a pretty clear indication that Ming won't get away with it, though.

From the soundtrack to L. Ron Hubbard's mammoth novel "Battlefield Earth" comes this camp train wreck, which sounds like it was composed and played by a distraught ungulate. I read Hubbard's 1,000-plus page opus when I was a kid. I vaguely remember there were evil lumbering aliens and a noble earthling. I presume that Hubbard meant this tune to go to the noble earthling.

From Jeff Wayne's hugely popular 1978 musical version of "The War of the Worlds," in which the Martians crawl out and slaughter the good English townspeople … with prog.

And Hell Followed, "Great Old Ones"

H.P. Lovecraft's mythos is often thought of as fantasy, but his unspeakable monsters actually technically arrived aeons ago from beyond the stars. That makes this thrashy death tribute to the "Great Old Ones" a plea not just for the hideous end of all things, but for alien invasion as well. The vocalist sounds like a great old one is clawing its way out of its throat as he screams, "the dawn of man is at an end/the dawn of man is at an end/ Daaaagggggoooooonnnn./ Daaaagggggoooooonnnn /dead but dreaming/dead but dreaming." The track is from "Empire of Ash," which I believe is And Hell Followed's only album. (Do not confuse them with the slightly better-known melodic death metal band And Hell Followed With unless you want to be dragged screaming into unspeakable geometries beyond space.)