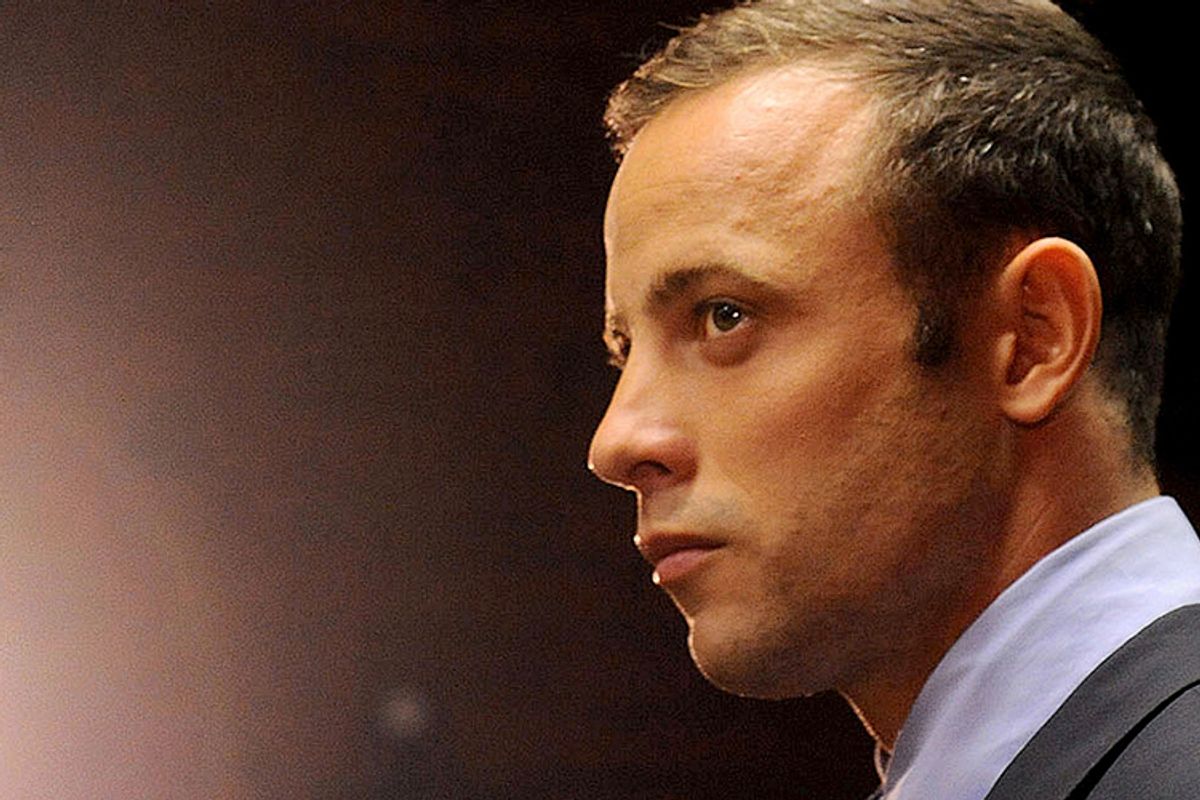 Here’s what we actually know: Pistorius shot Steenkamp through a bathroom door. He claims he mistook her for an intruder; and prosecutors allege it was a case of intentional domestic violence. Now, as the Independent reports, “a leaked document believed to be part of the court investigation reportedly alleges the athlete was surfing pornographic material on his mobile while Steenkamp was in the house on Valentine's Day in direct contrast to ‘a loving couple spending their time together.’” (He was also reportedly looking up used cars -- but that didn't make any headlines, did it?) The implication is that porn made him do it -- or that porn-watching is an incriminating character flaw as opposed to a normal part of a great many people’s lives. Can you imagine a headline along the lines of, “Man blew his nose in hours before killing girlfriend”? “Defendant ate breakfast before murder”? “Accused killer had Facebook profile”? "Man clicked on BuzzFeed link on day of crime"?