"Post-racial America" is a dangerous lie: Why the fantasy is naive, insidious and deadly 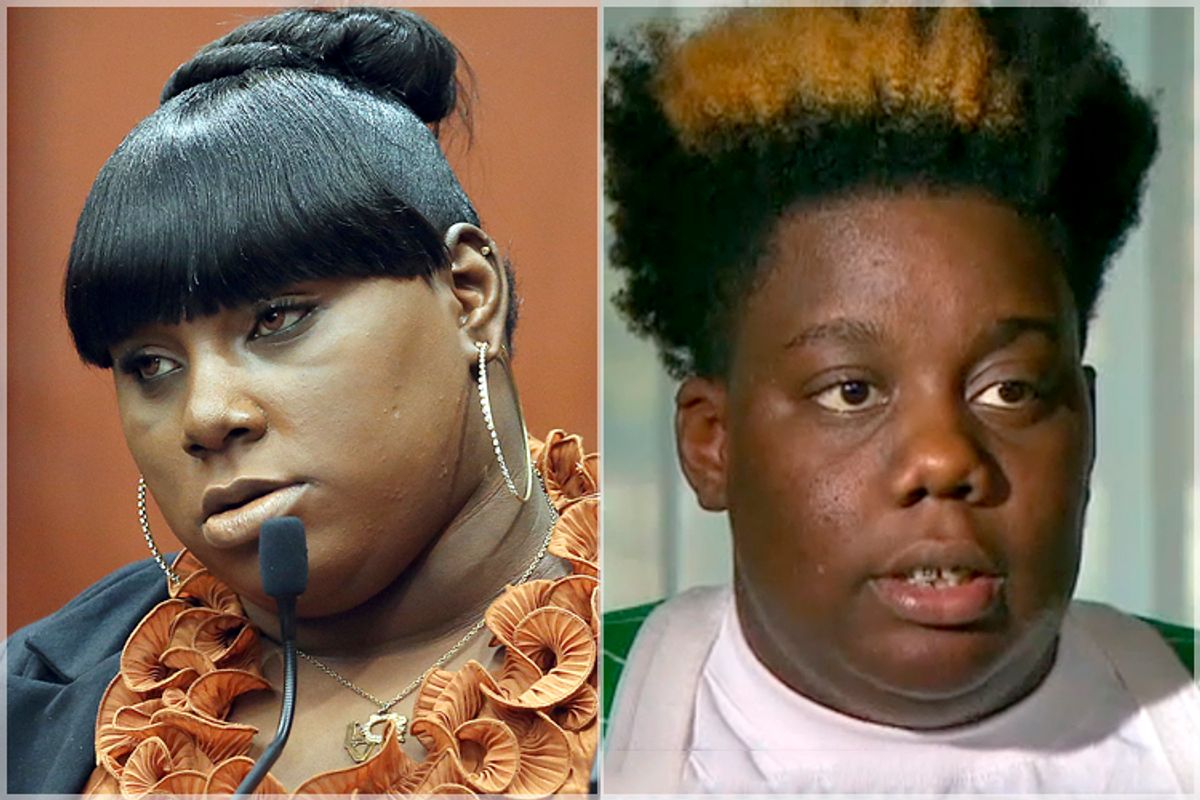 Last week, Creshuna Miles, Juror No. 8 in the Michael Dunn trial, gave an interview to CNN about the jury’s partial verdict. Although she believes that Michael Dunn is guilty of second-degree murder, a lesser charge for which the jury had the option to convict, she insisted that the case was “not about race,” that it never came up. Moreover, she believed Michael Dunn to be essentially “a good guy,” who made “bad choices.”

Startlingly, she also indicated that until Dunn ran down the street chasing Jordan’s three friends, she actually believed that Dunn acted in self-defense.

Post-racial thinking is insidious not only because it gives lie to the very real and continuing material consequences of racism in this country, but also because it seduces young, optimistic, idealistic black youth into identifying with the very systems and people who would kill them without a second thought -- and then go order a pizza and a take a nap.

But her impressions also reveal a deep disidentification with the seemingly retrograde racial politics that informed Dunn’s fatal engagement with Jordan Davis. Those 20th century-style racial politics take as a given that a group of young black men listening to rap music must be up to no good and that white harm is imminent.

Such thinking seems not to fit the cosmopolitan, progressive 21st century narrative of multiracial acceptance that ideological post-racialism pretends to be.

I know that jury selection is a strategy. And I know Creshuna Miles was picked because she is a black woman whose political views seem to be able to lay race to the side, even when it is so glaringly obvious.

Had Jordan Davis been white, he would still be alive. Maybe Michael Dunn would have yelled at a white Jordan Davis for bumping rap music, but he absolutely would not have perceived such a kid to be a threat or the playing of rap music loud enough to constitute a capital offense.

Creshuna Miles came to a right decision, and wanted to convict Michael Dunn of some form of murder. But her fervent belief that the case was “about justice,” not “about race,” misses a fundamental truth about American society. Justice and injustice in this country are inextricable from racial politics. Racial politics determine everything from who gets arrested to who gets convicted, the harshness of the sentences they’ll serve, and the quality of legal representation they’ll have.

Moreover, Creshuna Miles is not just a black woman. She is a big, dark-skinned black woman, who rocks honey blond highlights in her hair. Her unmistakable, inescapable, culturally ethnic blackness is part of the unspoken but visual narrative of this trial. Just as Michael Dunn came upon a car and visually assessed threat based upon the color of the young men inside, the visuality of Creshuna Miles’ body absolutely influences how her testimony is understood.

In some ways Miles is a perfect foil for Rachel Jeantel. In Jeantel’s post-Zimmerman trial interview, she discounted a juror who claimed race hadn’t mattered in the trial, telling Piers Morgan, “Let’s be honest. It’s racial.” In this case, Creshuna Miles, just one year older than and visually similar to Rachel, comes along and says just the opposite.  In both cases, black America saw the bodies of these two women and cringed. Internalized self-hatred coupled with violent conditions for black men is always a dangerous brew for black women. So I have been less compelled to jump on the "critique Creshuna" bandwagon, because so much of it is rooted in the unreasonable expectations that we have for black women to know how to outwit a system that is designed to work against not just black men, but us, too. Still I see Rachel and Creshuna and a certain knowing emerges for me.

I know that when you live your life in an unmistakably big black body, of the type that Rachel, Creshuna and I share, a body that is often seen as aggressive and threatening, two types of coping strategies emerge. One is a kind of aggressive embrace of one’s own blackness and a refusal to take any shit. That seems like how Rachel rolls. The other relies on a rejection of the truth about race as a form of triumph over the impenetrability of racial discourse. In other words, maybe Creshuna Miles felt more intelligent and progressive, by taking a contrarian position, by not holding the views that people assumed that she, as a black person, would hold.

Given her particular kind of black embodiment, Creshuna Miles’ decision carries great weight in an American populace that deeply wants to believe in the myth of a colorblind system. The problem here – the lie of post-racialism, to be more precise – is that Miles’ rejection of the racial elements of this case hold more weight precisely because she is a black woman.  Essentially, finding the biggest and blackest of black women to say that there was no miscarriage of justice in this case helps assuage any white guilt.

I’m not angry with Creshuna Miles.  But I know her thinking, uninformed as it is, is dangerous. I know the justice system relies on the willing racial performativity of black people who are willing to discount the importance of race in matters such as these. Much like patriarchy requires the complicity and willing participation of women to continue, racism requires the complicity and willing, if unwitting, participation of black and people of color to continue.

I’m deeply bothered by the fact that she does not seemingly understand the way in which her body was used against her. That she felt compelled as a black woman in the case to come out and insist on all the ways that it wasn’t about race suggests how deeply it is about race. Florida’s justice system pimped Creshuna Miles for her body type and flawed perspective.  Her identification with Dunn is the flip side of the same kind of logic that got Trayvon and Jordan killed. She failed to recognize that she was on the jury and appealing to the media precisely because she reads as everything Dunn is not.  She might see the justice system as colorblind, but it absolutely would not see her in the same ways. Everyone sees her color. By the same token, Trayvon, Jordan, Rachel and even Marcus Smart all believed they could engage white people who approached them combatively on equal or similar terms.

When Zimmerman confronted and questioned Trayvon, Trayvon talked back and then fought back. When the Zimmerman defense team goaded Rachel Jeantel on the stand, she served up a healthy helping of visible disdain. When Michael Dunn confronted Jordan and his friends, they all verbally resisted his “instruction” and command that they turn down the music.

These young black folks have not fully reckoned with what it means to occupy a completely different social position than the white people who confronted them and demanded various forms of compliance. One set of social positions has legal protection and the right to armed self-defense. The other social position requires deference and the eschewing of all aggression in order to be believed and protected – and in order to stay among the living.

Jordan, Trayvon and Rachel never perfected the fine art of respectable resistance. And because I am deeply resistant to respectability politics on principle, I’m not sure they should. But the death and tragedy these young people have endured reminds me of why our ancestors frequently turned to respectable forms of resistance as a form of survival.

When I look at Creshuna Miles, it is clear to me that her racial analysis is far more akin to that of her peers than different. All of these young people want to believe that they have the right to assert themselves and their rights and priorities in the same ways that white men retain the prerogative to do. Through the most brutal of lessons, they continue to learn differently.

I hope Creshuna Miles learns differently. I remind myself that she is only 21 and that she did vote to convict. But racial innocence won’t serve her well. I hope she knows that she was chosen as a juror because of the combination of her black body and her whitewashed racial views, not despite them. And I hope time gently rather than harshly teaches her that post-racialism won’t protect her from her own blackness any more than it protected Jordan.