Taking a stand against St. Patrick's Day homophobia: Mayors sit out the parades

Boston and New York's mayors will avoid the events this year, because they exclude gay groups 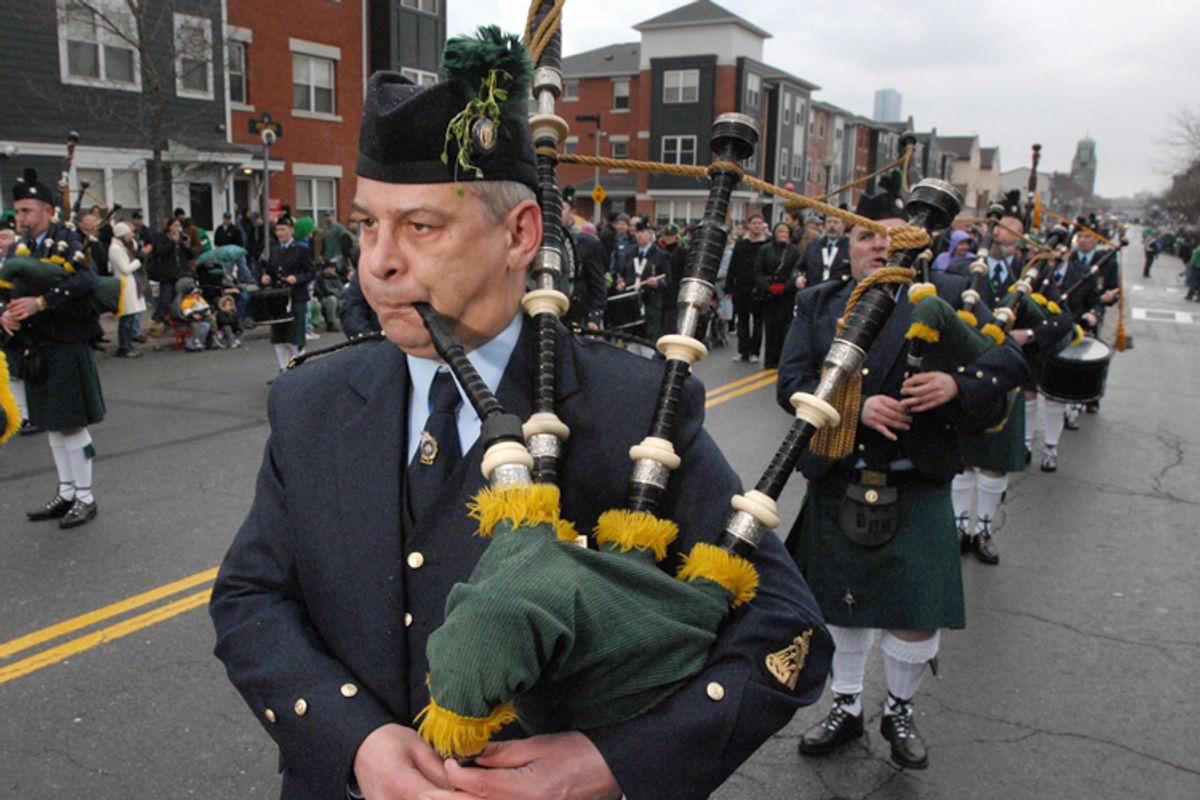 Progress happens. The world evolves, with every milestone, with every mind that changes, with every voice that speaks out. This, right now, is history happening, the moment we all decide which side of it we want to be on. And for two U.S. mayors and the monolith known as the mouse, the sides are clear.

Recent weeks have been a depressing time for anyone who cares about stuff like basic equality and human rights. The Sochi Olympics were tainted by Russia's repressive restrictions on gay and lesbian rights. Arizona briefly attempted to legalize straight up discrimination, and now Georgia is trying to bust a similar ugly move. Uganda now has some of the cruelest anti-gay legislation in the world.  But the news isn't all demoralizing. A gay woman is hosting the Oscars this weekend, for the second time. Marriage equality is moving forward, state by state. And more and more politicians and corporations are making it clear they are not going to tolerate intolerance.

Take Boston Mayor Martin J. Walsh, who announced Wednesday that he is trying to negotiate a deal to permit gay and lesbian groups to march in the city's notoriously restricted St. Patrick’s Day parade. If the gay veterans group is refused permission to march, he says he will follow in the tradition of his predecessor Tom Menino and boycott the proceedings. "Equality comes first," says Walsh. "The fact that it’s 2014, I certainly hope we’re able to come to an understanding. It’s long overdue."

Meanwhile in New York City, where prior mayors Mike Bloomberg and Rudy Giuliani both regularly participated in the city's equally restricted St. Patrick's Day parade, new Mayor Bill de Blasio has made it clear he will not. Earlier this month he issued a similar statement, saying, "I will be participating in a number of other events to honor the Irish heritage of this city and the contributions of Irish Americans, but I simply disagree with the organizers of that parade in their exclusion of some individuals in this city." That's how it's done, folks.

Of course, there is still plenty of work ahead of us. President of the Catholic League William Donohue says he's "delighted" to miss a chance to march with "a public official who does not want to be associated with Irish Catholics." And Boston parade impresario John "Wacko" Hurley says the event will "definitely not" be changing to accommodate any heretofore shut out groups. But having prominent public figures make it clear that we can't honestly celebrate our pride in one group while we're excluding another one sends a strong message. There's nothing celebratory about digging in your heels and stating that a holiday only belongs to the opposite sex-oriented members of an ethnic group. There's only the idiotic irony of a small and small-minded bunch of individuals who forgot the part of history where the Irish know what it is to be hated and oppressed and discriminated against, now discriminating against others.

Kind of takes the whole "Whoo! Kiss me, I'm Irish!" boisterousness out of the whole thing, doesn't it? It's more like, "Kiss me, I'm Irish – unless we're the same gender, in which case we're not really supposed to be seen or mentioned." Yeah, that's really not working so well anymore. And though the parades still currently have the right to exclude groups, that will change. It will. Maybe it'll be because of a court ruling, or maybe it'll simply be a matter of somebody on the inside figuring out that love is better than fear, and that it doesn't matter if you're gay or straight; we can all put up with an annual dose of bagpipes and step dancing before hitting the bar.

And it's not just city mayors who are saying they've had enough of groups that choose to exercise their right to keep gay people from participating in their activities. Walt Disney World announced Wednesday that it will no longer subsidize local Boy Scout chapters as part of its "Ears for You" program because of the organization's continued ban on gay troop leaders. The Disney Company's Standards of Conduct prohibit "harassment or discrimination" based on "sex, sexual orientation, and gender identification."

You really want to live in your frightened world where gay people can't be leaders, where gay people can't march in a parade and be cheered for their contributions to their own culture? OK. But even bigger voices are going to stop turning a blind eye to your pettiness, and start turning away from you. They'll be taking their money with them, by the way. You can stay stuck in a past full of shame and discrimination. But the rest of the world will be marching on, marching forward. And that you cannot stop.