Want to change the world? Build a better maxi pad

How innovative programs are empowering girls, one period at a time 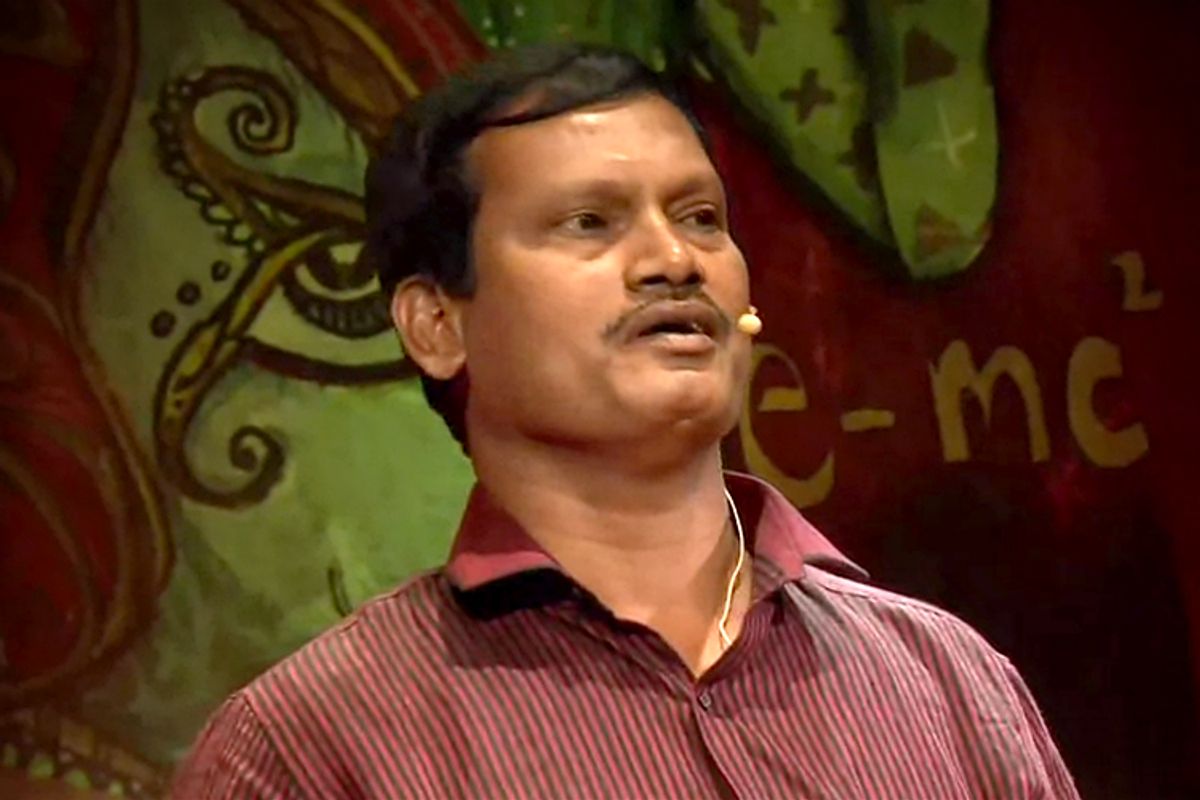 It's hard to change the world when you can't leave your house. It's tough to get an education when you're afraid of being laughed at and humiliated. And the world is a challenging enough place for girls and women every single day without the consistent additional burden, every month, of managing menstruation.

Ask any female who lives in the relative comfort of the West about her relationship with her period and she'll likely have plenty of horror stories of ill-timed embarrassment at school, or having to grit her teeth through a tense work situation. Periods, after all, are supposed to be endured in cheerful, "Nobody knows I'm bleeding!" tampon-ad silence, lest we appear weak. But in other parts of the world, managing menstruation is a serious hygiene challenge, and periods can be a severe monthly barrier to advancement. Fortunately, that's changing, thanks to innovation that understands that if you want to help women, you've got to take away the shame and stigma and fear around the things their bodies do.

On Tuesday, the BBC ran a fascinating and heartening profile of Arunachalam Muruganantham, a south India inventor who 16 years ago wanted "to impress his young wife" by buying her fresh sanitary pads to replace the "nasty cloths" she'd been hiding from him. "I will be honest," he says, "I would not even use it to clean my scooter." But she told him she couldn't afford to buy clean pads and keep up with other household necessities. And when he learned the markup on pads was 40 times that of regular clean cotton, "He decided he could make them cheaper himself."

What began as a thoughtful gesture from a newlywed husband evolved into a quest, as Muruganantham – who previously hadn't even realized that women get their periods on a monthly basis – investigated the plight of women in India. Only 12 percent of the female population use any kind of pads, and many have to resort to "sand, sawdust, leaves and even ash." Added to the challenge is the fact that during their periods, Indian "women can't visit temples or public places, they're not allowed to cook or touch the water supply." Imagine being part of a family where for five days a month the mother and daughters can't cook or obtain water. And because they often feel embarrassed about cleaning their menstrual rags, women wind up vulnerable to other problems. The BBC reports that "Approximately 70 percent of all reproductive diseases in India are caused by poor menstrual hygiene -- it can also affect maternal mortality."

Muruganantham's quest to build a better menstrual pad made him an outcast in his community. His wife left him. He says friends thought he "had become a pervert" or was possessed by evil spirits. But he kept on pursuing his unlikely dream, and eventually came up with a cost-efficient machine for producing feminine protection. And with that, he created not just the chance for cleaner, healthier periods for women but manufacturing jobs for them as well. There are now machines in 1,300 villages in 23 Indian states, enabling women to make and sell their own sanitary supplies. Muruganantham also works with schools, where nearly a quarter of all girls drop out once they start having periods, and he is looking to expand his operations to other countries including Kenya, Nigeria, Mauritius, the Philippines and Bangladesh.

And Muruganantham is not alone in his efforts. The organization Days for Girls works in over 60 countries to train, create and distribute menstrual hygiene kits to girls around the world. Those kits represent better health and greater dignity for girls, and the opportunity to attend school and go to work instead of being confined for a significant portion of every month. It's revolutionary stuff.

A girl or woman's period represents roughly two full months of her life every single year. Those are two months she could be learning and working and living fully, or two months she could be confined, helpless and shamed, in circumstances that compromise her health and hygiene. A little clean cotton can make the whole world a better place. It's what we all deserve. As Days for Girls puts it, it's a fight for "Every Girl. Everywhere. Period."