Stewart already trounced Bolling this week, but doubled down when the Fox host tried to "school" him on poverty 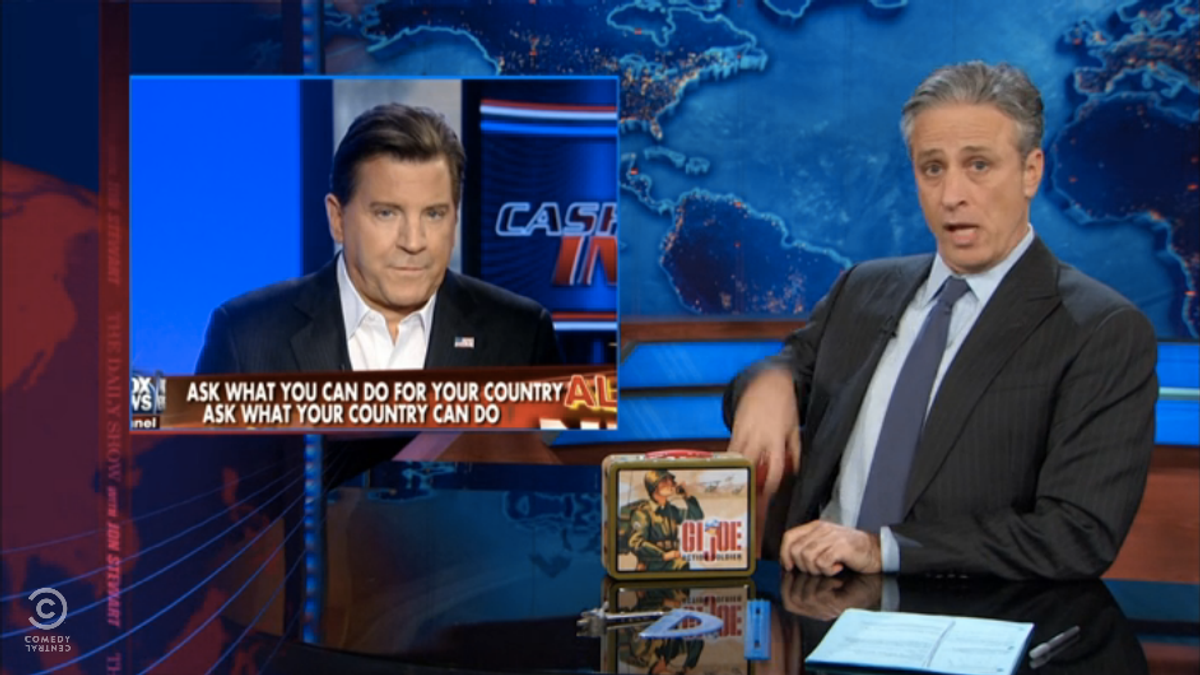 Earlier this week, Jon Stewart trounced Eric Bolling and the rest of Fox News for lazy and dishonest reporting on the "waste, fraud and abuse" in food assistance programs allegedly being perpetrated by millions of Americans. (This is something that conservatives love to get all worked up about, even though it is not a real thing that is happening.)

Bolling, who was probably mad about being exposed as a hack with a thing for shaming low-income people with the audacity to eat food, responded to the segment by trying to "school" Stewart about poverty.

It didn't go so well, if you can believe it.

Bolling could have probably avoided the trouble if he had just listened to Jim Croce when he warned all those years ago that one should not 1) tug on Superman's cape, 2) spit into the wind, 3) pull the mask off that ol' Lone Ranger, 4) mess around with Jon Stewart of "The Daily Show."