Yeah, it's dirty -- but "Nymphomaniac: Volume I" is also a thrilling tapestry of images, ideas, sound and emotion 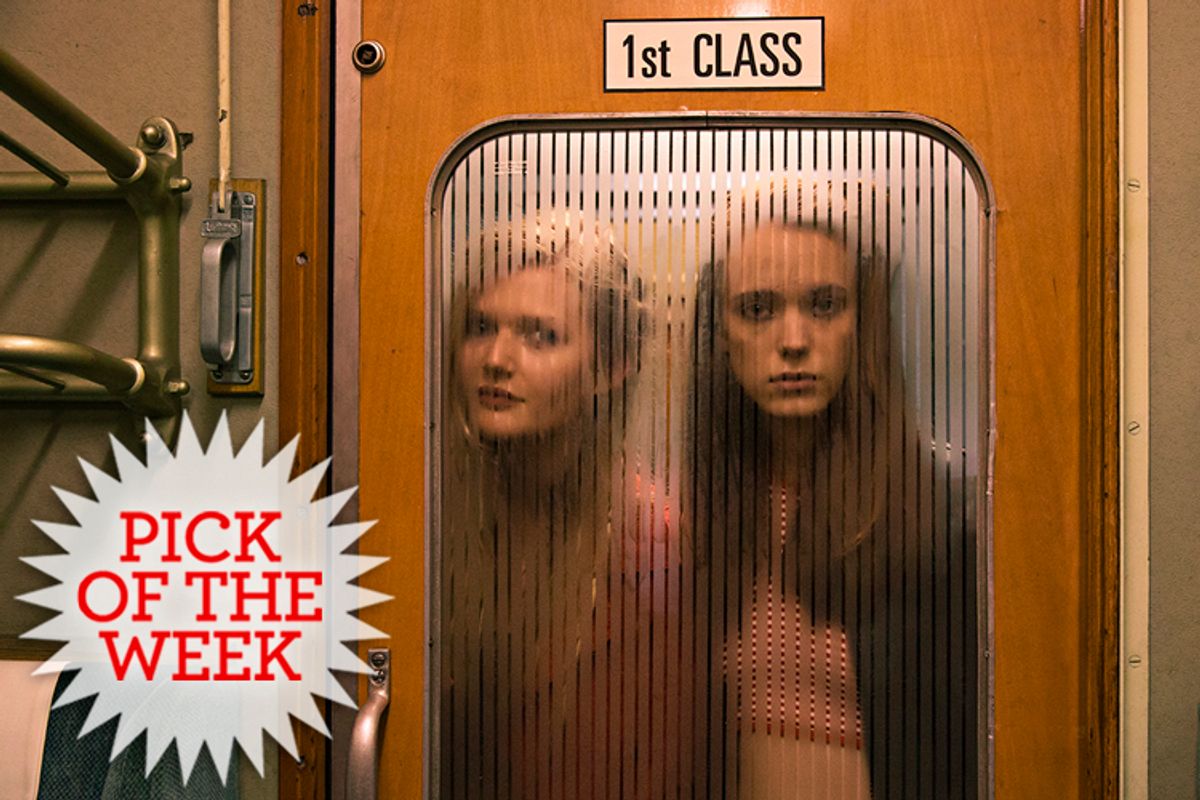 I’m not sure how to describe “Nymphomaniac” and I’m not sure how to review it. So on that count Lars von Trier has buffaloed all of us once again with one of the strangest and least summarizable motion pictures ever made: tragic and hilarious, tightly constructed and miscellaneous. He ought to be happy about that, but von Trier seems to be a constitutionally unhappy person, fervently devoted to kicking against the pricks (in the wonderful phrase of the King James Bible). To tackle the second question first, I’ll observe the convention that “Nymphomaniac,” the purported sexual autobiography of a woman named Joe (played variously by Charlotte Gainsbourg and Stacy Martin) is two different films, since that’s how it’s being released in most of the world. It’s kind of true and kind of not true: You could definitely watch the second half without watching the first and indeed, if you’re just after the naughty bits, that’s the way to go. While the whole edifice has a carefully considered structure, plot is just about the least important consideration along this journey. But the fact is that you can watch both movies right now on pay-per-view, so while this is officially a review of “Nymphomaniac: Volume I,” I’ll cheat a little.

But the sex in “Nymphomaniac” is about as much of a turn-on as the old-fashioned, clinical title, conjuring up images of Dr. Freud delivering lectures on the morbid and unnatural qualities of female sexual desire. Sex in this film is sometimes comical, sometimes desperate, largely emotionless and, in one crucial episode of “Volume II,” even painful and violent. The net effect is largely anti-erotic, and I suspect that on a psychological level, for von Trier, this story has almost nothing to do with sexuality as such. Anyway, if you want to classify “Nymphomaniac” as porn you may need to account for the visual and narrative digressions into fly-fishing, natural history and musicology, the on-screen parallel parking diagram, the religious and philosophical interludes and the wrenching, hilarious cameo appearance by Uma Thurman (who does not take her clothes off but does use the expression “whoring bed” to memorable effect).

“Nymphomaniac” takes place in a time that is not quite the present and a place that is not quite anywhere in particular: It could be Britain, but after a while I started to think of it as “Alfred Hitchcock’s Europe,” where the accents are generally English but the surroundings continental. (Indeed, the film was shot in Germany and Belgium.) The opening shots suggest a cheapo serial-killer movie rather than pornography: A grimy, industrial, rain-soaked back alley, an assaultive death-metal soundtrack, a woman lying on the pavement, bloody and bruised. (The digital cinematography is by Manuel Alberto Claro, who also shot von Trier's magnificent “Melancholia,” but this movie looks and feels almost nothing like that one.) The woman is Joe, and this is the movie’s outermost framing device: She is found there by Seligman (the tremendous Swedish actor Stellan Skarsgård), a lonely, aging bachelor who brings her to his apartment after she refuses to let him summon an ambulance. He launders her clothes and gives her a mug of tea, but when he wants to know what happened to her, she warns him that to answer that she must tell him the whole story of her life as a sexual adventuress; the story is very long, and has a moral character.

That’s our first clear signal that we’re not in the naturalistic narrative mode of the 20th and 21st century but in a different storytelling zone altogether. “Nymphomaniac” is closer to being premodern than postmodern; specifically, it’s a picaresque tale in the style of the 18th-century novel, meaning a sequence of adventures and episodes in one character’s life, meant more to provide moral instruction than to yield a three-act story that reaches a resolution. In all seriousness, Laurence Sterne, Daniel Defoe and Henry Fielding would find nothing strange about this story, from the ribald and rueful portrayal of intimate acts sometimes shrouded in sacred mystery to the didactic, philosophical and/or spiritual digressions. Another author to throw in the mix, so obvious I didn’t notice him at first, would be the Marquis de Sade; in some alternate universe where I had unlimited free time, I’d read through all 1,200 pages of de Sade’s proto-Nietzschean masterpiece “Juliette” to figure out how much von Trier has lifted. I suspect it’s a lot.

Gainsbourg plays Joe in these bracketing scenes with Seligman, which have their own peculiar power dynamic that grows and changes: Sometimes he’s a caring father figure, not that Joe wants that (“Don’t you ‘little darling’ me!”), sometimes he’s a therapist in a mock-Freudian endless session, sometimes he’s being suspended, sleepless, by the fictions of a modern-day Scheherazade. Once we enter her story we meet “Young Joe,” played by Stacy Martin, who has a vague generic resemblance to Gainsbourg – she’s a skinny, fair young woman with straight hair – but is certainly not her double. Are Joe and Young Joe really the same person? To what extent are Joe’s stories accurate, and does that matter? Certainly her exceedingly unsexy deflowering at the hands of a thuggish neighbor called Jay (LaBeouf, doing a displaced accent that is probably supposed to be Australian or South African) is highly realistic, although it features an on-screen tally of the number of thrusts Jay requires to reach climax. But what about her competition with a precocious friend to seduce every male passenger on a commuter train (prize: a bag of candy). “What if it’s nasty?” wonders Joe, meaning the actual sex act. “Then just think of the bag of chocolate sweeties,” replies her pal, known only as B (Sophie Kennedy Clark).

Joe wins the chocolate sweeties and goes on chasing them, through scores and hundreds of guys (many of whom she assures have provided her with her first orgasm). It’s as good a metaphor as any for what I take as von Trier’s central question: Why do we bother with any of it, not just sex and the even more difficult issue of love, but learning, reading, listening to music and trout-fishing, given that we know what’s coming and it all looks pointless in the long run? “Nymphomaniac” is, if anything, almost overstuffed with ideas and images that provide partial or possible answers. I haven’t even gotten to von Trier’s musical collisions between Bach and Rammstein. Or Seligman’s discussion of Izaak Walton’s 17th-century “The Compleat Angler: Or, the Contemplative Man’s Recreation,” the Ur-text of male-coded fishing mythology and another key literary influence here. Or the nature walks Joe takes in childhood with her father (Christian Slater), who spins lovely Kipling-style stories about the origins of different tree species.

As a portmanteau of different and sometimes opposing styles and approaches, “Nymphomaniac” resists categorization as any one thing. I wouldn’t call it a masterpiece or a failure; it’s a thrilling, uproarious visual and intellectual journey that doesn’t always connect and surely will not please every viewer, but along the way breaks free of all established notions about what a respectable movie is and how it’s supposed to behave. Von Trier sometimes writes awkward lines of dialogue for Joe, where she speaks all too obviously for his political or philosophical views. He also creates episodes of brilliant verbal repartee, ludicrous slapstick comedy and piercing emotional power, often overlapping. Arguably “Nymphomaniac” has way too much sex, but isn’t that the point? The most intimate, most transcendent and most liberating of human experiences is also a commodity, an unquenchable cultural obsession and an incurable addiction. As von Trier leaves Joe atop a non-orgasmic cliff at the end of “Volume I,” she has broken her vow never to fall in love. Indeed, in an unlikely twist worthy of a romance novel, she has encountered LaBeouf’s character again and conquered him, but lost all sexual feeling along the way. It’s a predicament that in some sense afflicts us all.