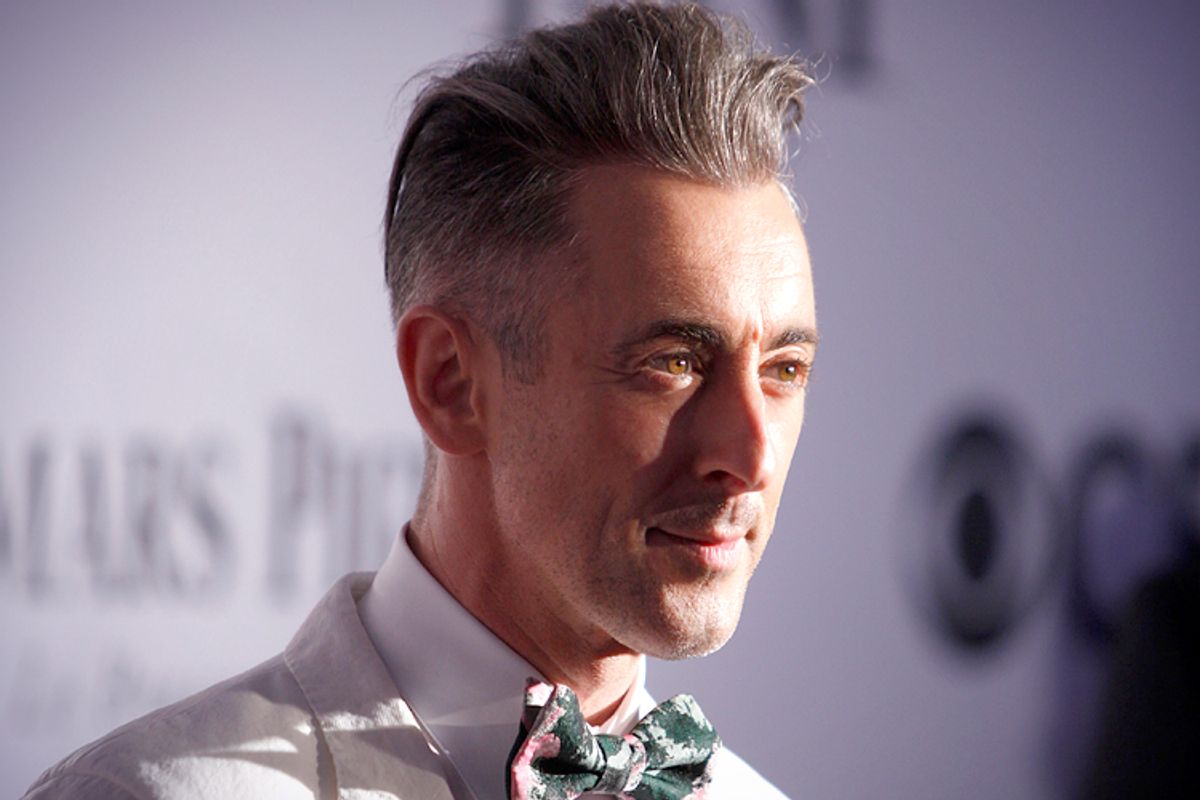 The debate over circumcision is a fairly recent one. Though it was once a standard practice in the U.S., rates have been steadily declining over the past several decades, as arguments over its medical validity have raged. When actor Jason Biggs last month posted photos of his son's bris, online critics shot back that the baby "has to live with a mutilated penis because his parents are ignorant." And earlier this week, protesters threatened to disrupt Bill and Melinda Gates' TED Vancouver talk because of their organization's efforts to increase the practice in Africa as a means of "limiting the spread of HIV in the parts of Sub-Saharan Africa."

Cumming's equation of circumcision with female genital mutilation is an insultingly inaccurate one --  boys are not circumcised as a ritualized means of suppressing their future sexual enjoyment, nor does a clean male circumcision compare with the often crude, blunt and unsanitary practice of female genital mutilation. The World Health Organization calls FGM "a violation of the human rights of girls and women" with consequences that include "severe pain, shock, hemorrhage (bleeding), tetanus or sepsis (bacterial infection), urine retention, open sores in the genital region and injury to nearby genital tissue," while it in contrast notes, "There is compelling evidence that male circumcision reduces the risk of heterosexually acquired HIV infection in men by approximately 60%."

One can argue, quite persuasively, about whether the practice of circumcision still has validity here in the West, especially among those who don't have a religious directive. What's needed, however, is education and enlightenment, so families can make the healthiest choices for their children. It's not helpful to make far-fetched comparisons, and it certainly isn't constructive to imply that men and boys who are circumcised are somehow damaged, "mutilated" goods. That's a shaming technique that serves no one, one that turns having a foreskin into a bragging point. And it's an unfair judgment coming from a man who admits, "I myself don’t have kids. I just have managers, assistants, agents and publicists."