"Too handsome" to be a rapist? 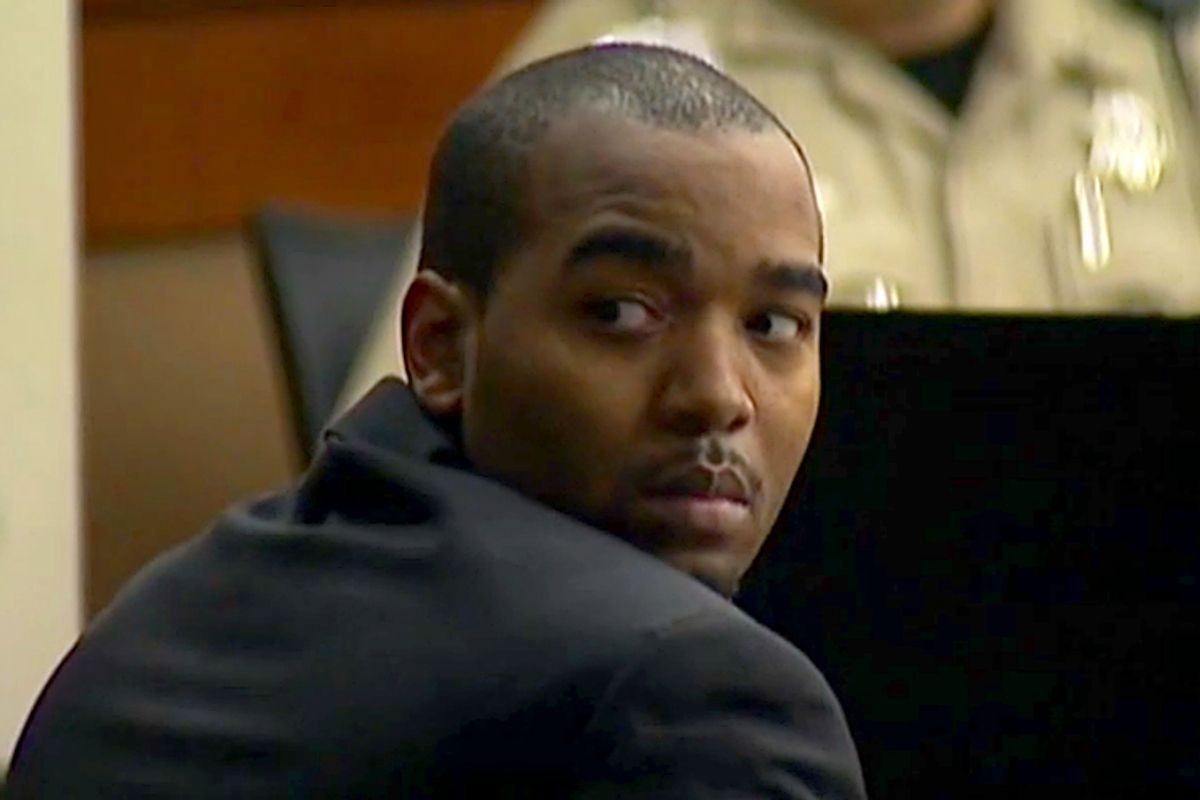 Darriuos Mathis and his legal team have a perfectly logical explanation for why he could not possibly have kidnapped, carjacked and raped a 24-year-old woman two years ago. He's just too fine looking.

Mathis' accuser says that he approached at gunpoint after she stopped at a Georgia drugstore. Then, as she tearfully told a jury this week, he "told me to get in the car and I actually begged him to take my car. I had pushed my wallet that was in my hand and my keys toward him and I was like 'Please take my car. You can take my cards and everything.'" She claims he drove her as far as Atlanta, where he forced her to take money from various ATMs and raped her. Mathis' attorneys, on the other hand, claim the alleged victim approached him in the store parking lot looking to buy Vicodin off him, and that they then had consensual sex. As evidence, they note she gave him her phone number. She says it was to calm him down even though she was "terrified," and that she changed it after the alleged attack.

Last year, a Georgia judge declared a mistrial in the case when 11 members of the jury voted to convict but one holdout believed the defense's argument that the incident had been consensual. As Time reports, the defense continues to maintain that the alleged victim "was taken with Mathis’s good looks and sparkling personality." As local news KIROV reports, Mathis says "she became so infatuated with his good looks and wanted to buy drugs from him, she wanted to take him for a ride."

You know, Ted Bundy was a pretty good-looking guy. He murdered between 15 and 30 women and raped several of them. The dashing serial killer and rapist Robert Reldan was known as a "charmer." Alex Kelly was a handsome Connecticut teenager who spent eight years in prison for two rapes. Two years ago, Brian Witty was convicted  of three rapes, despite his claim to one of his victims that "I'm a good-looking bloke." And serial rapist Arohn Kee told one of his victims she was "lucky" to have such a handsome sexual assailant.

None of this means that Darriuos Mathis is in fact a rapist. But the idea that an attractive man, a man who could likely easily get a person to voluntarily have sex with him, is incapable of forcing sex upon someone, is a ridiculous crock of crap. Last year, baseball star Jose Canseco made a similar argument when he was accused of sexual assault, explaining, "I don’t have to rape a woman. I think it’s ridiculous." But in a revealing AskReddit two years ago in which self-described perpetrators explained their motivations, one "good-looking" contributor revealed how in college, "It became boring to go after the sluts and sorority girls" so instead he'd prefer more of a challenge. "They didn’t want it to happen, but they couldn’t do anything about it," he said.

Rapists don't rape because they're too ugly to find people to willingly have sex with them. They rape because they want to rape. Life isn't a fairy tale where ugly people are bad and beautiful people are virtuous. Nobody is "too handsome" to be a criminal. And not all monsters look like monsters.