“Dr. Kissinger’s visit to campus will not be publicized, so we appreciate your confidentiality..." 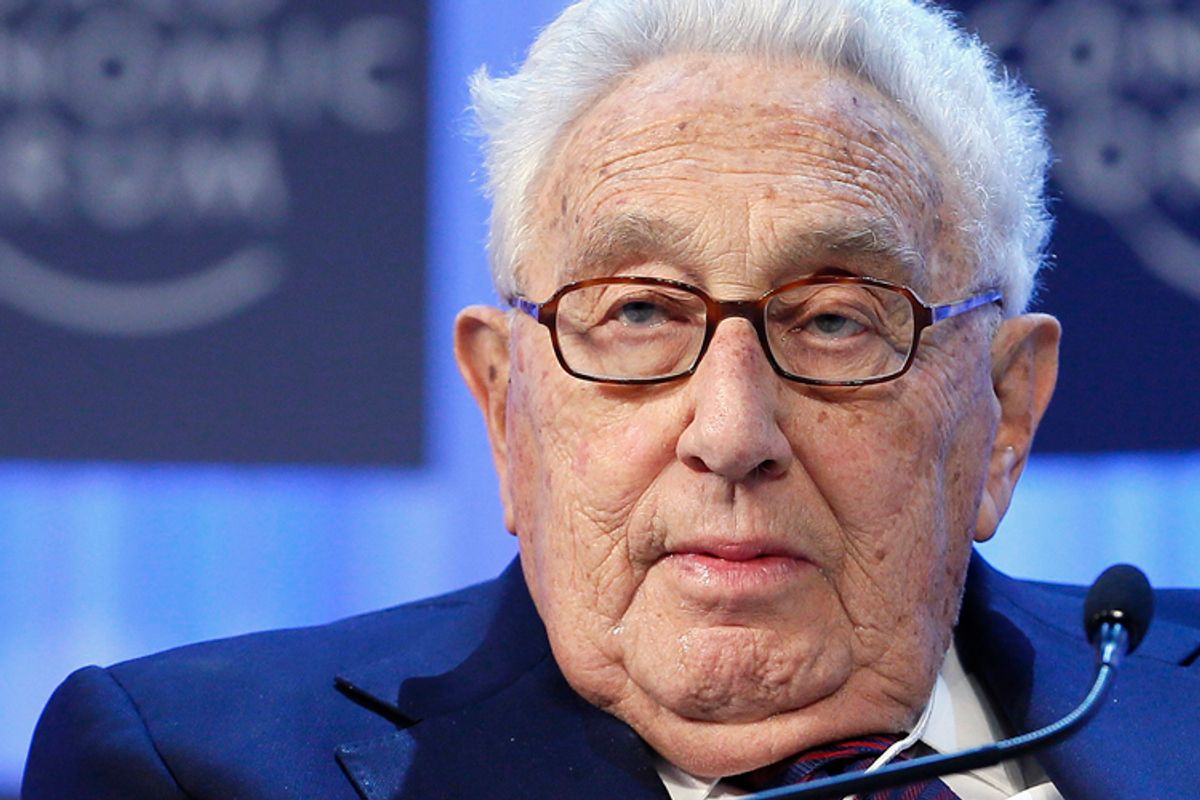 Yale graduate students were urged to respect the “confidentiality” of an upcoming lecture by controversial Ford/ Nixon Secretary of State Henry Kissinger, according to an email sent by an administrator and forwarded to Salon.

“Dr. Kissinger’s visit to campus will not be publicized, so we appreciate your confidentiality with respect to this exciting opportunity,” states an all-bold paragraph sent by Larisa Satara, the associate director of Yale’s Jackson Institute for Global Affairs, to a private listserv for Yale history graduate students. The email, sent Monday morning, also tells students that the event “is BY INVITE only”; “There will be a check list at the front door”;  “Laptops are not permitted and Yale ID will be required for entry”; “This is a high security event”; and “All attendees will be expected to remain in their seats for the duration of the event …” Kissinger’s address, scheduled for 3:30 p.m. Friday, is hosted by Yale’s Johnson Center for the Study of American Diplomacy, and titled “Europe at a Crossroads: The Future of Europe and Its Role in the International System.”

Satara and Yale spokespeople did not immediately respond to a request for comment on the email.

Kissinger, who served as national security advisor and secretary of state under Presidents Nixon and Ford, could present an appealing target for campus protest. “Kissinger’s role in the violation of American law at the close of the Vietnam war makes the perfect counterpart to the 1968 covert action that helped him to power in the first place,” Christopher Hitchens argued in his 2001 book "The Trial of Henry Kissinger," which presents evidence of alleged Kissinger abuses in Laos, Cambodia, Bangladesh, Chile, Cyprus and East Timor. “The two parentheses enclose a series of premeditated war crimes which still have power to stun the imagination.”