Are schools holding girls to an unfair dress code? 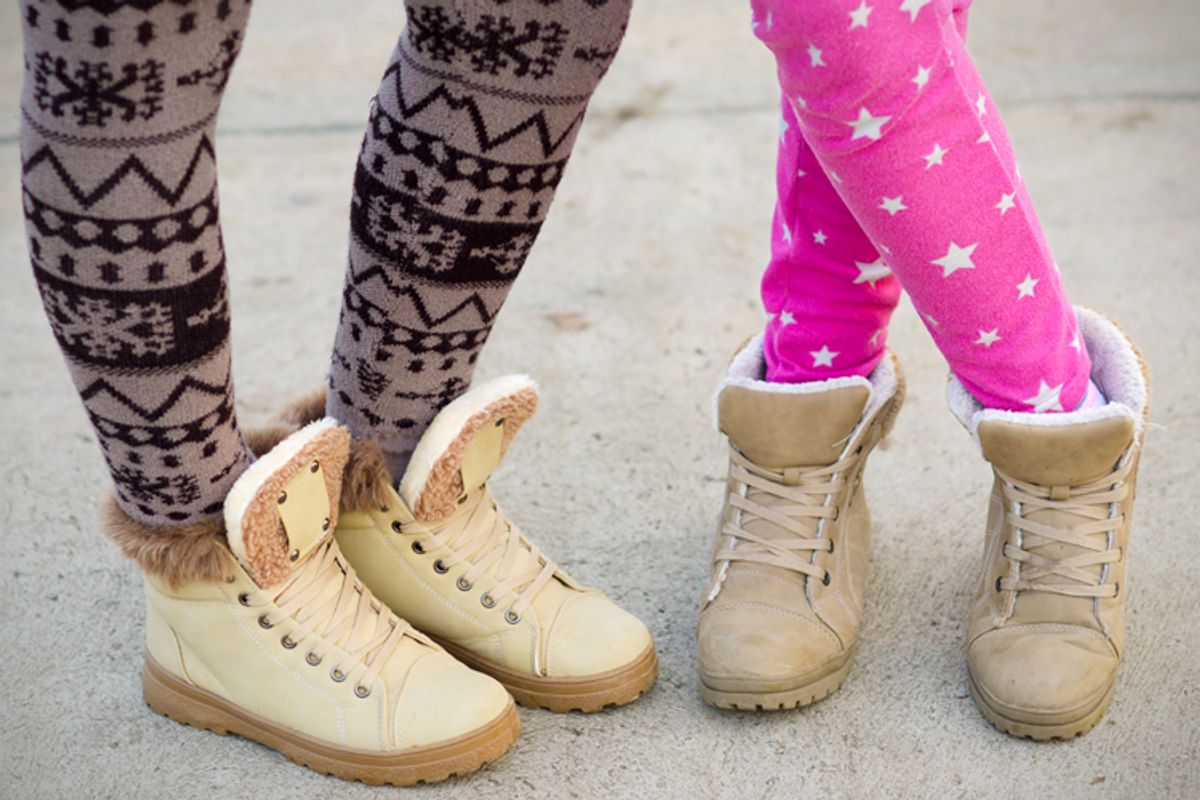 Girls are not the gatekeepers of boys' attitudes and behaviors. Let me say that again for you. Girls are not responsible for what boys do. This needs to be mentioned, loudly and often, because too many people who are ostensibly in positions of authority, who call themselves educators, still don't get it.

As Tara Culp-Ressler reports this week in ThinkProgress, we are in the midst of a minor spate of incidents in which schools seem to be holding their female students to a much stricter dress code than their male ones. In the Evanston, Ill., Haven Middle School this month, girls were reportedly told they were not permitted to wear shorts, leggings or even yoga pants because, the principal allegedly claimed, they were "too distracting" for the boys. In a letter to the school, a pair of parents logically explained the problem with this mind-set. "Certainly comfortable clothing like yoga pants and leggings, which entirely cover up girl's legs, are not the problem," they wrote, "but the mindset of girls being responsible for sexual harassment or 'distraction' is." And as another parent told the Chicago Tribune, "I think it’s shaming our girls. I think it’s making them feel ashamed of their changing bodies." In protest, more than 500 students have petitioned the school to rethink its dress code.

Last year, a Petaluma, Calif., junior high attempted a similar ban on the same grounds, claiming initially that yoga pants and tight jeans would be prohibited. The school later amended it to just leggings and items with a "see-through" quality or exposed underwear, a restriction it vowed to enforce toward boys as well.

The Haven school claims that no new rules have been put in place and that "The enforcement of the dress code is not in response to the perceived distraction certain clothing may or may not cause and is not a mechanism in which to place blame," but that "student appearance, including dress and grooming, must not disrupt the educational process."

A school has a right to set up standards that create a healthy, respectful environment for all its students. If it's telling the boys to cool it with the boxer-flaunting baggy jeans while reminding girls that sheer pants are not acceptable, great. If a school says that nobody can wear shorts, fine. If however it is inconsistently enforcing its rules, and if it is predominantly telling its young girls that they are problem, that's bad. It's particularly gross if, as some of the Haven students claim, girls who are "more developed" are being singled out for their clothing choices and told it's because they possess "a different body type."

Creating a safe learning environment involves more than telling kids how to dress. It's the harder work of guiding them in how to conduct themselves in a way that's respectful to themselves and to others. And here's a tip: Not everything girls do is a subtly nefarious attempt to lure boys helplessly away from their schoolwork. As 13-year-old Sophie Hasty pithily explained to the Evanston Review recently, "Not being able to wear leggings because it’s 'too distracting for boys' is giving us the impression we should be guilty for what guys do. We just want to be comfortable!"