Is being thin more deadly than being obese?

A new study reveals the dangers of a low BMI 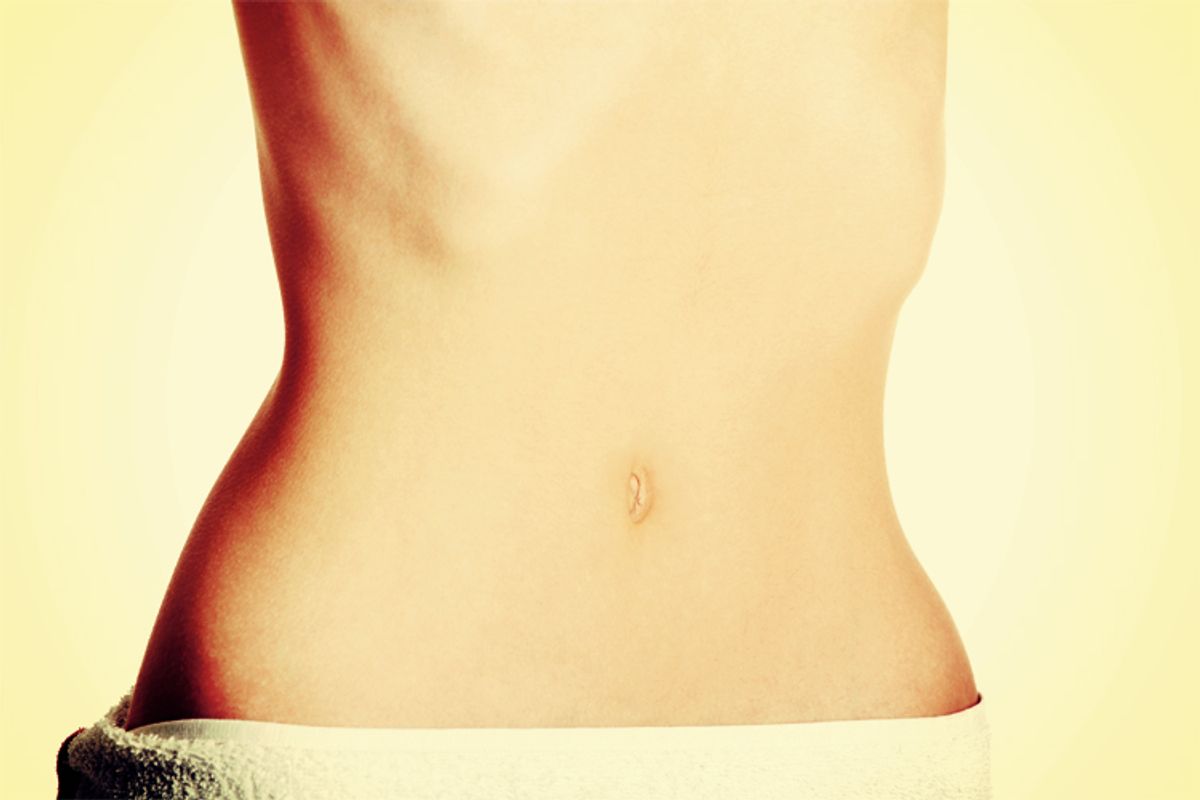 This might make you reconsider whether  you really want that thigh gap after all. A new Canadian study that examined 51 studies on the relationship between body mass index and death found it's the underweight who have the highest risk of premature death. Cancel that juice cleanse!

The data crunching found that adults with a BMI of less than 18.5 were 1.8 times at higher risk of death within five years than individuals who fall in a "normal" range. Even the severely obese only clock in at a 1.3 times higher risk rate. The study, published in the Journal of Epidemiology and Public Health, notes that "Poverty, malnourishment, mental problems, smoking and alcohol" are all risk factors for dangerously low BMI. The study's lead author, Dr. Joel Ray, told the Montreal Gazette this weekend that our cultural focus on the problems of obesity have meant that "in the process we’ve neglected the influence of being underweight on mortality" – and that we risk an "epidemic" of underweight adults. He added that obesity prevention campaigns can be helpful but also run the risk "of potentially affecting people who are already sufficiently healthy in size, or who are so slightly overweight that it’s irrelevant — their risk of dying or diabetes isn’t important. It's those individuals who become unintended victims of the campaign."

I'm all for encouraging true health and fitness – which isn't about numbers on a scale but recognizing the importance of nutrition and regular exercise. But I'd be hesitant to say public awareness of the ways obesity rates have skyrocketed in the past few decades are suddenly leading to a troubling trend of mass weight loss. Though headlines bleat that "Weighing Too Little More Dangerous Than Being Obese," it'd be helpful to remember that the population the researchers were looking at also tended to be grappling with deep and severe problems of poverty, mental health issues and substance abuse. Not exactly the typical demographic that might be wondering about losing a few pounds. Unless we're bracing for a rise in mental illness, why be worried that we'd be in for an unhealthy mass weight drop?

Here in the US, many of the same social problems that cause thinness are often also at the roots of being overweight. Obesity rates, for instance, are higher among low-income children.  And while being underweight is a significant health risk, obesity and its often-fatal effects are still affecting a far broader population. A 2013 study in the American Journal of Public Health found that obesity is a contributing factor in nearly one in five deaths among black and white Americans.  The study's lead author said at the time that "We expect that obesity will be responsible for an increasing share of deaths in the United States, and perhaps even lead to declines in U.S. life expectancy." In 2008, obesity-related medical costs in the US were $147 billion.

In plenty of places in the world, it's hunger, not abundance, that's the gravest threat. The BMI is a pretty crappy indicator of overall wellness anyway.  But in the quest to improve public health, the consequences of obesity don't need to be minimized to make a point about the dangers of being underfed. Just because we're finally making some small inroads in the quest to stave off the health problems that come with obesity it doesn’t automatically follow that we're setting ourselves up for a whole new raft of thinness-related ones. It's just about evening the scales – not tipping them.