John Kerry on climate change: "Denial of the science is malpractice" 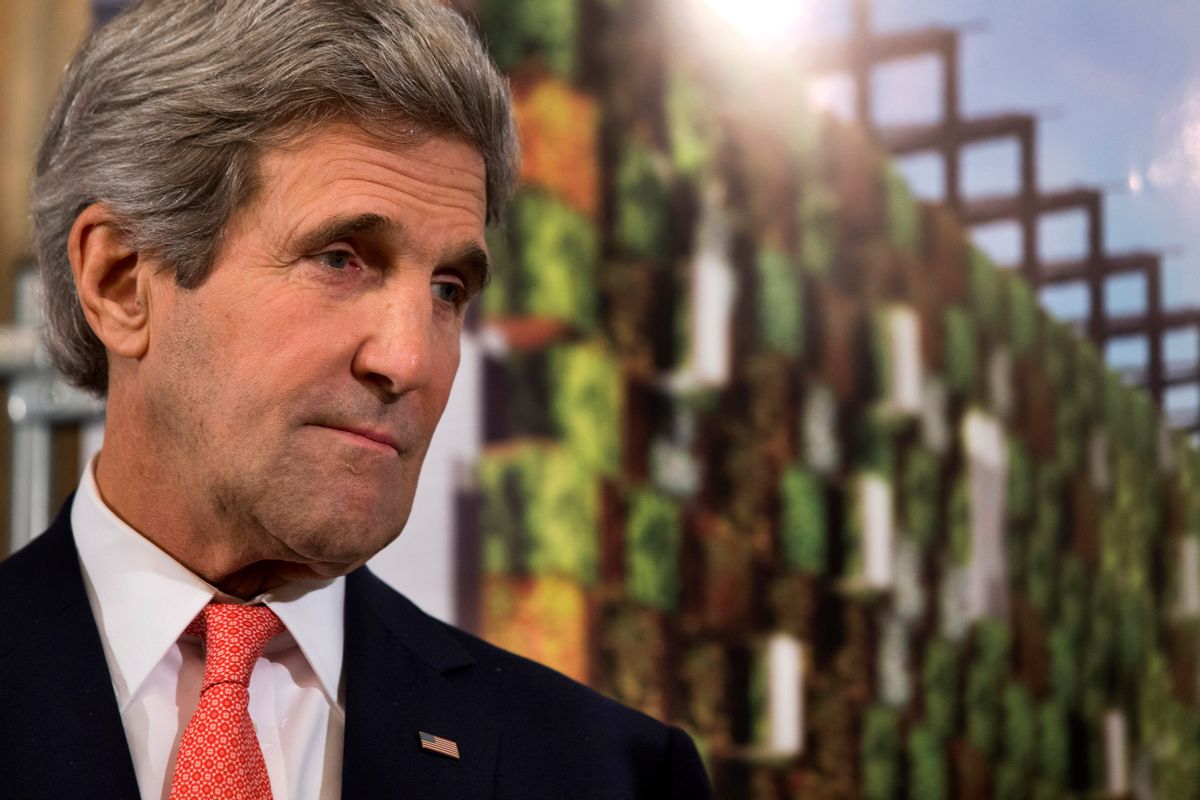 In Paris Sunday, Secretary of State John Kerry took a break from negotiations with Russia to release a statement in response to the IPCC's new report on climate change, which warned that now, more than ever, is the time to take action.

“Read this report and you can't deny the reality: Unless we act dramatically and quickly, science tells us our climate and our way of life are literally in jeopardy,” Kerry said, adding, "Denial of the science is malpractice."

His statement included an implicit indictment of those in the government who refuse to embrace mitigation efforts. "There are those who say we can't afford to act. But waiting is truly unaffordable. The costs of inaction are catastrophic," he said. At the same time, he emphasized global responsibility for the problems we're facing. "No single country causes climate change," he said, "and no one country can stop it."

"The clock is ticking," he added. "The more we delay, the greater the threat. Let's make our political system wake up and let's make the world respond."