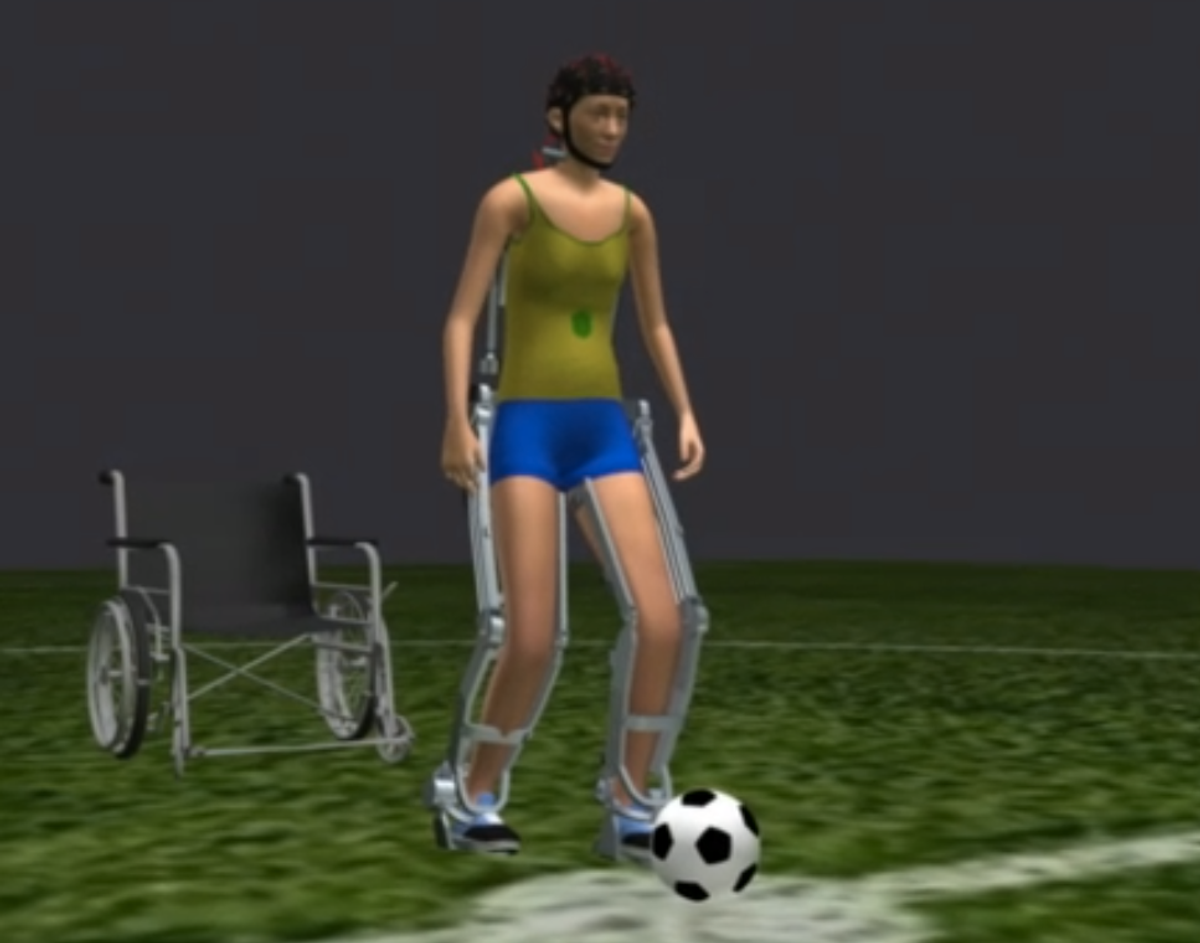 Miguel Nicolelis, a neuroengineer at Duke University, is developing technology to help those whose legs are paralyzed walk again. The first demonstration, in front of millions of spectators, could be as soon as the opening of the World Cup in Brazil.

Nicolelis, who was born and educated in Brazil, moved to the United States to do is postdoctorate at Hahnemann University in Pennsylvania. He is currently a professor at Duke in North Carolina. According to Science Careers Magazine, which is part of the journal Science:

"In 2003, Nicolelis's Duke lab gained international attention by showing that monkeys could move robot arms with just their thoughts, feeding electrical impulses from their brains into a computer linked to robotic arms."

These brain-created electrical impulses are now the basis of Nicolelis's latest research: a mind-controlled robotic suit designed for the paraplegic. The exoskeleton is powered by hydraulics and made with lightweight metals.

Once strapped in a paraplegic person can use the machine to walk -- the robotic supports acting in place of leg muscles. An attached cap picks up brain waves and transmits them to a computer held in the suit's backpack. The computer decodes the message and tells the hydraulics to move. Sensors in the foot plates send signals to a vibration device, which is attached to the wearer's shirt. The vibration device tricks the brain into thinking that the signal came from the foot -- not the robotic plate.

Nicolelis was not alone in creating this suit; it is part of a project called Walk Again. According to the Guardian:

"The robotics work was coordinated by Gordon Cheng at the Technical University in Munich, and French researchers built the exoskeleton. Nicolelis's team focused on ways to read people's brain waves, and use those signals to control robotic limbs."

The suit is currently being tested in Sao Paulo, Brazil. Three of the nine men and women (ages 20 - 40) will be selected to attend the opening game of the World Cup and one will perform the opening kick!

This is not the first time that Nicolelis has given back to his native Brazil. In 2005 he opened the International Institute of Neuroscience of Natal, in Natal, Brazil. It has state of the art research facilities, a science school and health clinic.

The months of preparation before the June 12 kickoff can be monitored on the project's Facebook page. A video of what the technology aims to do can be watched below.