Hey, Spike Lee, Dylan Farrow and all you open letter writers: Cut it out!

When did passive-aggressive note writing get so popular? 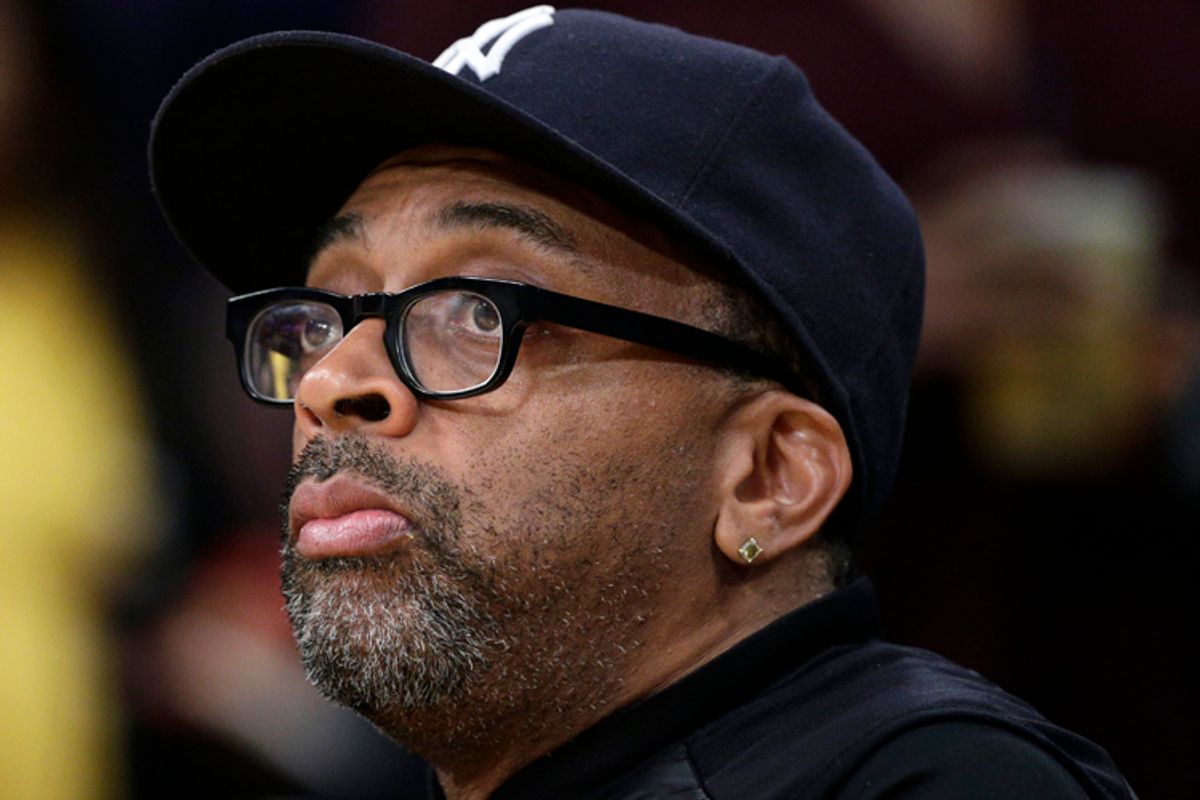 Yeah, I'm talking to you, Spike Lee. You too, Dylan Farrow. And a whole lot of you Huffington Post columnists – the ones who have a few words for young people, Hannah Horvath, Pat Robertson, shushers and even themselves, upon their birthdays. I know just where you're coming from. You have some thoughts regarding a person or a thing, and you want to say them but you also want to say it to everyone, and now, here you are, playing it out in a manner that almost feels like a conversation but is in fact a proclamation. Can I just go ahead here and offer a little advice? It's been done.

There are moments when laying it all out, using direct address to make a strong statement, can be incredibly powerful. Emile Zola's indictment of anti-Semitism -- emblazoned with the charge "J'accuse!" -- is a history-changing document, as is Martin Luther King's Letter From a Birmingham Jail, and, in its own different way, Bill Gates' Open Letter to Hobbyists. But let's face it, dear writer, most open letters are not of a world-rocking nature. Trust me, I've written a few myself. And you know why? Because it's a pretty easy device, a device that implies intimacy. It's one that says, I'm sharing a message to someone, but, psst, I'm letting the whole damn world read it.

The open letter has been going especially strong this year. And to be fair, some examples of them have been great. In January, author Dani Shapiro wrote a brilliant defense of the memoirist's responsibilities – and rights to privacy -- in a letter called "Dear Disillusioned Reader Who Contacted Me on Facebook." This winter, Dylan Farrow penned a blistering open letter to her father, Woody Allen, in which she asked, "What if it had been your child, Cate Blanchett? Louis CK? Alec Baldwin? What if it had been you, Emma Stone? Or you, Scarlett Johansson? You knew me when I was a little girl, Diane Keaton. Have you forgotten me?" This past month,  a working mother sent out a scathing – and hilarious – open letter to Gwyneth Paltrow after the actress dismissed office work as "not like being on set." The executive producers of "The Good Wife" sent one out to "Loyal Good Wife Fans" upon the sudden death of Will Gardner. And Spike Lee wrote to A.O. Scott after Scott penned a New York Times piece about gentrification and Brooklyn, in which he explained, "I have chose the platform of my Social Media to respond to you. I do not want the New York Times editing, rearranging my words, thoughts or even ignoring a letter to you." And besides, what other venue than social media is there anymore?

Back when letters were things to be composed in ink and sealed in wax and carried great physical distances, the device of an open letter may have seemed a more impressive tearing of the veil between private and public. But now, thanks to social media, everything is an act of theater. Literally every single day public figures are having fights on Twitter -- open letters played out in tiny, acid bites. Even those of us among the great unwashed treat social media as an opportunity to post updates with an open lettery vibe, with messages addressed to "Dear Lady Clipping Her Nails on the Subway" or "Dear Worst Winter on Record" or "Dear Hot Dog I Ate for Lunch." And elsewhere, have you seen this thing called the comments sections? Because oh my God, wow. Within you find commenters who not only are engaged in an imaginary public conversation with the writer ("Dear So-Called Journalist …") but with whomsoever the subject of the story may be ("Hey, Johnny Depp: You suck!").

Done right, the open letter can pack a wallop. But when deployed as a means of making personal ire a public event, the open letter can become, as a friend notes, "quite passive and dehumanizing, like fighting with each other through surrogates." So if you're right now sitting in a Starbucks with laptop open and umbrage ready to be taken, debating whether or not to write that open letter, ask yourself, does it have the icy, defensive ring of a dinner table request to "Ask your mother to pass the salt"?

If you're sending out a message to a wide audience – like bereft, possibly furious fans of "The Good Wife" – sure, a mass note is the way to go. If you're simply relying on a stock shtick, though, this one is about to overtake "Webster's defines ..." in the hackneyed essay routines top 10. If you're truly looking for a reaction from a person, you could try contacting him or her, privately, even. And if not, at least be self-aware enough to recognize that your true audience isn't the person you're writing that letter to anyway. That's why McSweeney's, understanding the audience for open letters perhaps better than anybody, calls its column "Open Letters to People or Entities Who Are Unlikely to Respond."