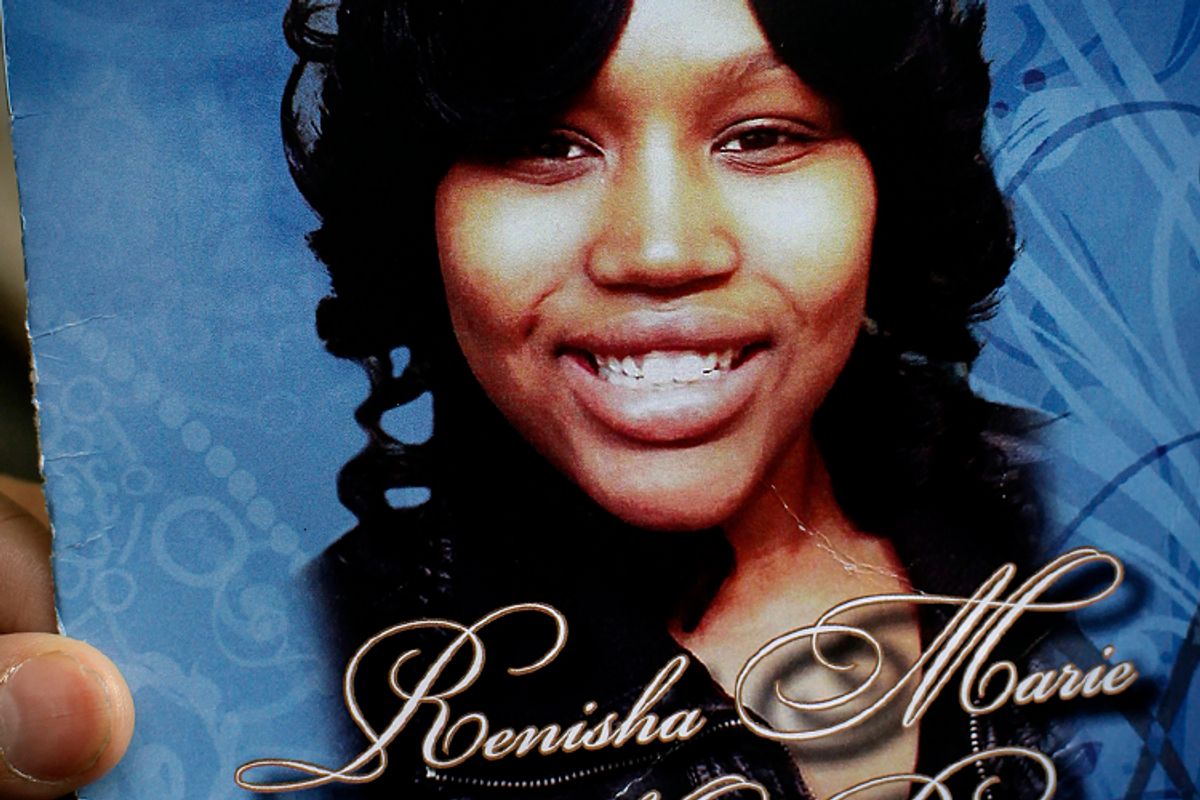 In the early morning hours of Nov. 2, 2013, Renisha McBride was shot and killed by Theodore Wafer after she arrived on his porch following a car accident. Wafer fired his shotgun through a locked screen door with McBride standing less than 3 feet away. McBride, who was 19 years old at the time of her death, was unarmed.

According to a report from the Associated Press, lawyers for Wafer have signaled that they intend to scrutinize McBride's "lifestyle" during the trial.

Wafer attorney Cheryl Carpenter has called the idea that McBride was on her client's Dearborn Heights porch looking for help after the accident a "fiction" and "utterly erroneous." Carpenter has requested that the judge allow jurors to review photos from McBride's phone that are alleged to show her with money, alcohol and marijuana. In an attempt to create a motive, Carpenter suggested, "Ms. McBride could have thought she was breaking into her marijuana supplier's house" when she arrived on Wafer's porch.

Carpenter has argued that text messages and other information about McBride are relevant to "whether Ms. McBride had a character trait for aggression."

Wafer, of course, never saw these photos that Carpenter believes justify his decision to shoot and kill a 19-year-old black woman.

Prosecutors have said the images are not relevant to the facts of the case. They argue that Wafer, if he feared for his safety, should have kept his door shut and called the police. Instead, he opened his door armed with a shotgun and fired.

The trial is set for June.