He checked his camera footage and there it was: A dark stone passing just a few feet away. See for yourself! 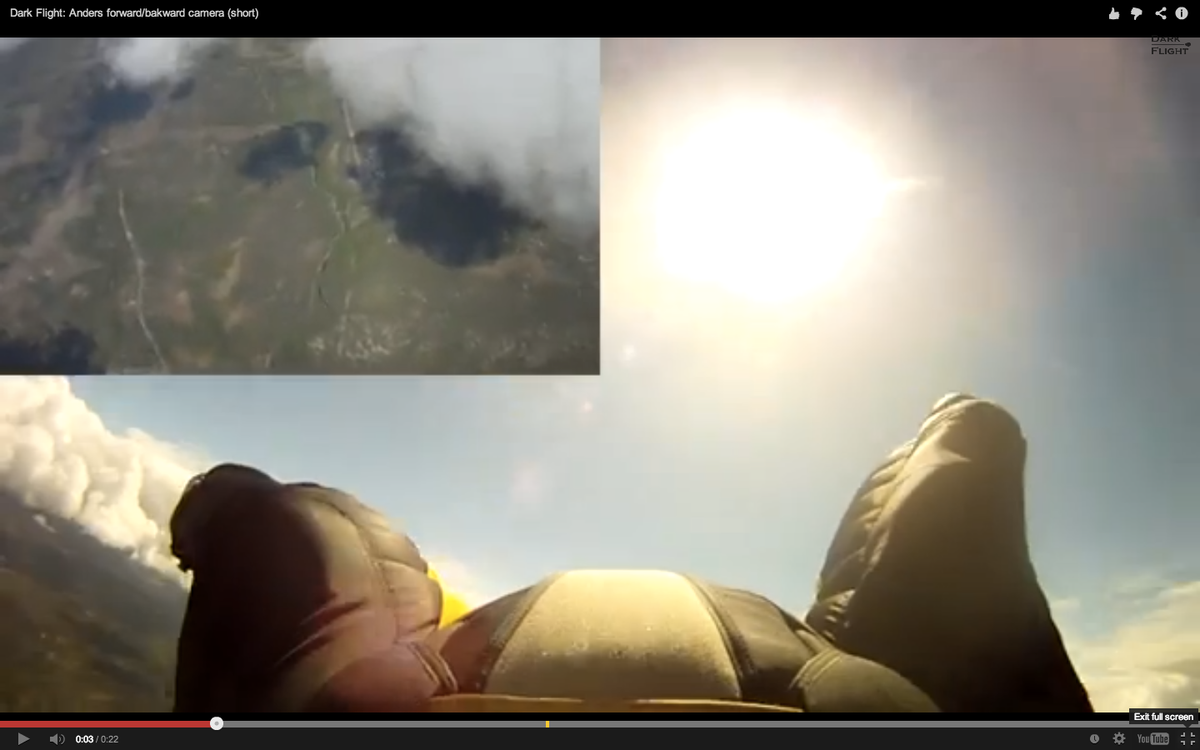 For the first time ever, we have video of a meteorite in "dark flight," the period after a burning meteor passes through the Earth's atmosphere, stops emitting light, and falls straight to the ground at terminal velocity (200 to 400 miles per hour).

You can find plenty of videos showing meteor fireballs blasting through the sky. For example, check out this particularly impressive meteor that lit up the sky over Russia in 2013:

Whatever meteor fragments survive that craziness fall to Earth in much less dramatic fashion. But we've never seen it happen, until now.

That's why it was a huge deal when a small stone hurtled past Norwegian skydiver, Anders Helstrup, shortly after he pulled his parachute during a wingsuit jump in the summer of 2012.

Helstrup didn't realize in-flight that he'd just been buzzed by a meteorite, but he sensed that something was up.

"I got the feeling that there was something, but I didn't register what was happening," he told the Norwegian Broadcasting Corporation (NRK), which broke the story.

He checked his camera footage and there it was: a dark stone passing a few feet away.

When Helstrup eventually got in touch with experts at Oslo's Natural History Museum, they were thrilled. While he thought it might have been a rock accidentally packed into his parachute, the experts were convinced it was a meteorite.

"It can't be anything else," geologist Hans Amudsen said. "The shape is typical of meteorites - a fresh fracture surface on one side, while the other side is rounded."

"It has never happened before that a meteorite has been filmed during dark flight," he concluded. "This is the first time in world history.

There you have it. There are three ways for you to watch.

And the original footage: