A straightforward documentary unpacks the Gray Lady's 2003 plagiarism scandal, but the real story is much bigger 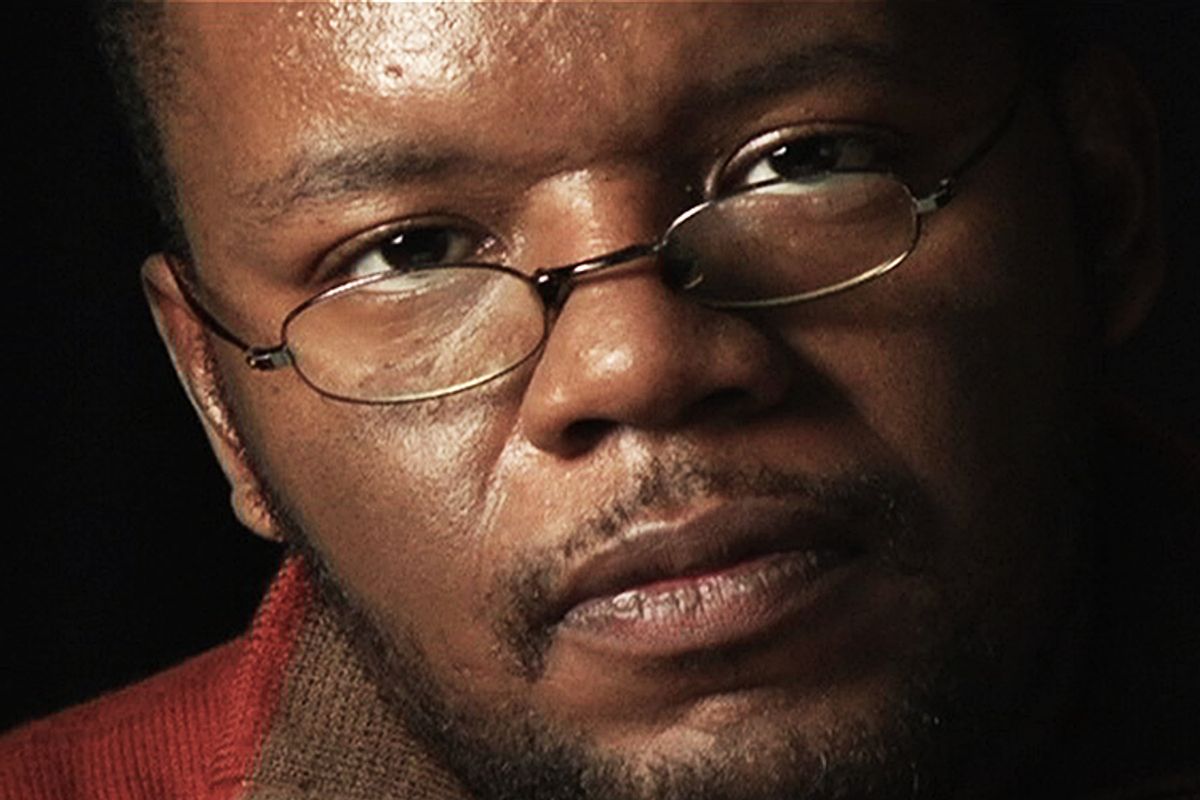 No one could make much sense of the Jayson Blair scandal when it unfolded in 2003, and while it may look somewhat different from a decade’s distance, it hasn’t become a whole lot more edifying. One of my main reactions to Samantha Grant’s documentary “A Fragile Trust: Plagiarism, Power and Jayson Blair at the New York Times” was to say to myself: Thank Christ that didn’t happen in the age of Twitter. Can you imagine how much uglier the whole twisted business could have been, had we been barraged with every idiot’s half-baked thoughts about it for weeks on end? It’s only half-facetious to say that Jayson Blair was a vision of the media future, embedded within the Gray Lady like a root-gnawing mole: A talented and ambitious writer with a chip on his shoulder, an undiagnosed mental illness and a substance abuse problem, making stuff up and never leaving his house.

Grant has made a standard PBS-style documentary (it will in fact play on PBS in May, after its theatrical rollout) that has excellent sources, including extensive interviews with Blair himself, former Times executive editor Howell Raines, and numerous other people who knew Blair or worked with him. On the most basic level, she tells a clear and thorough story about the most damaging plagiarism scandal in the history of America’s flagship newspaper, and about the ambiguous and troubled individual who sparked it. But “A Fragile Trust” barely alludes to the larger social and institutional story of the Blair scandal. It was at the same time a story about race and a story that was not about race; as Times reporter Lena Williams acridly observes in the film, any time a black person does anything it becomes a story about race. It was not just a story about one person and one newspaper but, as things turned out, also a story about a dying business model, a profession in crisis and a technological and cultural revolution whose outcome remains murky.

Grant’s film begins with the key that unlocked all the sordid details of Blair’s career of lies and plagiarism. In April of 2003, a reporter named Macarena Hernández, who then covered the Rio Grande Valley for the San Antonio Express-News, noticed striking similarities between a story she had written and one published under Blair’s byline in the Times. Both stories were about a woman named Juanita Anguiano, who lived in a small town in South Texas and whose son was then the only American soldier listed as missing in action in Iraq. Both stories mentioned Anguiano’s pinstriped couches, her tennis bracelet, her ceiling fan and her Martha Stewart patio furniture. But Blair’s story described the Martha Stewart furniture as actually being on the patio, whereas Hernández knew that it was actually still in its box, next to the kitchen table. Although she hoped for some more benevolent explanation, Hernández was forced to conclude that her reporting had been shamelessly ripped off, and not by a stranger: Five years earlier, she and Blair had been part of the same minority internship program at the Times.

Blair had never been to Texas at all while supposedly reporting the Anguiano story, and that turned out to be the thin end of the wedge. As the scandal unfolded over the following weeks and the Times embarked on an extraordinary internal investigation, at least 36 of Blair’s bylined articles were deemed to be significantly falsified or plagiarized. He had reported an entire series of breaking news stories on the D.C. sniper case, for instance, without leaving his apartment in Brooklyn. Those were far more skillfully plagiarized than the Anguiano story, and difficult to spot on first reading. Blair had pulled details from cable news and patched together bits and pieces from numerous stories by other reporters, so that his articles didn’t feel exactly like anyone else’s. To use a term that wasn’t part of the currency in 2003, he was aggregating content, albeit without outside links or any form of acknowledgment.

As Hernández says in the film, it’s ridiculous to talk of Blair’s offenses as a victimless crime. He had stolen from her and other reporters, he had defrauded his editors and the public, and he had also stolen the Anguiano family’s tragedy for his own purposes. They would soon learn that their son Edward had been killed, but that became a footnote to the narcissistic saga of a self-evidently disturbed young man who played out his own psychological distress as an act of public theater. In many respects, the angry Op-Ed that Hernández published about a month later in the Los Angeles Times remains the clearest and best thing ever written about this entire soap opera. She resented that right-wing pundits were embracing the Blair story as an example of affirmative action gone wrong, she wrote, and as “a product of the same program that ‘created’” Jayson Blair, she resented that “his crimes will now make suspects of journalists of color across the country.” If the Times had been sincerely committed to diversity rather than tokenism, she suggested, “Blair’s editors would have chopped off his fingers at the first sign of trouble,” instead of coddling him.

There were plenty of signs of trouble, too: Blair had been in rehab for cocaine and alcohol abuse, and well before the plagiarism scandal broke, his work was often seen as dubious and full of mistakes. The number of corrections his stories required was three times higher than average; he had received a strongly negative performance review, and one mid-level editor had written a stern memo urging that “we have to stop Jayson from writing for the Times.” In Grant’s film, Howell Raines says the memo never reached his desk, and other editors say that a combination of complacency and bureaucracy kept Blair on the staff, rather than any desire to protect one of the paper’s few African-American reporters. As Lena Williams’ remarks suggest, the problem with the racial subtext in the Blair story is that it doesn’t really explain anything but you can’t get rid of it; racial angst inflamed every aspect of the situation and poisoned much of the discourse, including Jayson Blair’s. Although Blair never attempted to claim that racism or bigotry had led to his misdeeds, he went on to write a self-aggrandizing memoir titled “Burning Down My Masters’ House.”

Mercifully, as seen from 11 years later, Jayson Blair himself seems a lot less important, not to mention a lot less interesting. Blair now believes he had an undiagnosed and untreated bipolar disorder; Howell Raines suggests he may have been a sociopathic personality, unable to feel empathy for others or gauge his effects on them. But Blair himself was a symptom, not the disease, and from this distance the scandal takes on a different historical significance. It was a devastating torpedo strike to the credibility of America’s establishment newspaper, just moments before its smug, sluggish and overpriced business model – not to mention its faux-sober, “view from nowhere” epistemology of news-gathering – was to be swamped by a new-media tsunami that almost no one saw coming. (Media critic Seth Mnookin remembers a Times publisher assuring him that the Internet was not a threat, because no one wanted to bring a computer into the bathroom.)

Grant’s film never mentions the name of another disgraced Times reporter, one who stands as a conceptual bookend to Jayson Blair. Barely a year earlier, Judith Miller and a handful of Times confederates had eagerly and eloquently regurgitated Bush administration propaganda about Saddam Hussein’s imaginary weapons of mass destruction; when a few colleagues dared to ask about old-school concepts like fact-checking or reportorial skepticism, they were bulldozed or shamed into silence. If you ask me, cheerleading the nation into a disastrous war and serving as a shameless government mouthpiece is a more damaging crime than doing a bunch of “no-touch” reporting from your couch. It’s not letting Jayson Blair off the hook to observe that he was the product of a newspapering culture that was rapidly breaking down by the early 2000s, and of a newspaper whose exalted reputation for accuracy and independence has never quite matched the historical record. (Those of you with long memories may recall the case of Times reporter Raymond Bonner and the El Mozote massacre of 1981, and the paper’s generally subservient coverage of the Reagan administration’s wars in Nicaragua and El Salvador.)

Of course the Jayson Blair and Judy Miller scandals didn’t literally kill the New York Times, but they left a lingering aftertaste of mendacity. For better or worse – and it might indeed be for better – the paper’s authoritative sense of self in the wake of those massive screw-ups is a thing of the past. The Times of 2014 is a friendlier, trendier and more colorful publication than it used to be. It has adjusted itself to the Internet by becoming more like everything else on the Internet; while it now has a user-friendly interface and imaginative online features, it can also appear culturally clumsy and slow-footed, like a baby elephant trying to squeeze into human clothing. The Times has downsized its staff dramatically, although it remains a behemoth relative to most other news organizations, even as it has shrunk immensely in relative stature. I still subscribe to the print edition, although I couldn’t tell you why. Mostly the papers sit on the porch until recycling day, when I scrape them up and put them in the bin. Every now and then I unwrap one and look at that famous logo with a faint twinge, like a man receiving a telegram from the past.

"Fragile Trust" opens this week at the Quad Cinema in New York, with other cities to follow. It will premiere May 5 on PBS' "Independent Lens" series.