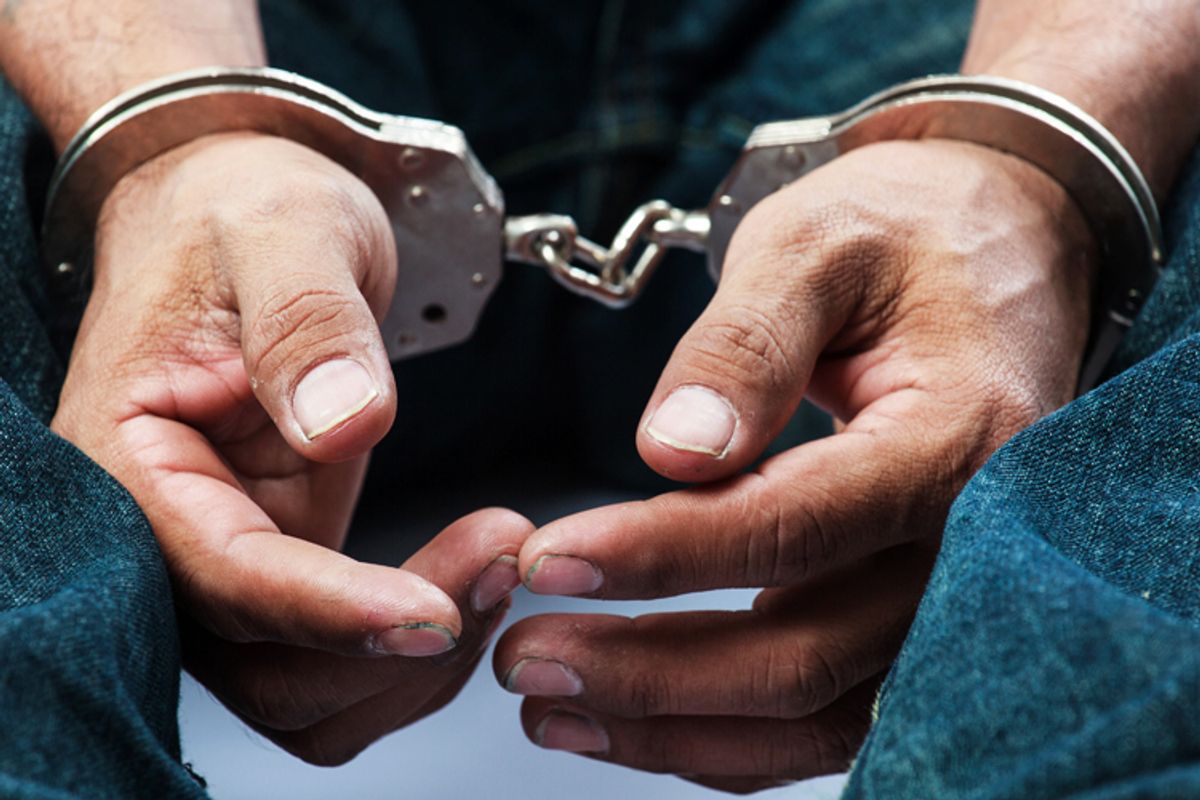 In the late afternoon of Jan. 3, Robin Dean, a 50-year-old county employee, pulled into a Durham, N.C., Burger King parking lot to give a friend a package of frozen chitlins that she had cooked over the holidays. After the transfer was complete, the pair said goodbye and parted ways. Both were subsequently pulled over by Durham Police.

Dean says an officer told her that there was evidence that she had just engaged in an illegal drug transaction, searched her car without her consent, and called for backup. When Dean worried aloud that she had been racially profiled, she says the white officer called her an “idiot,” although the nearly hour-long stop revealed nothing illegal apart from a window-tinting violation that was later dismissed.

In recent years, stories like this have come to epitomize heightened concerns that, as Durham becomes a regional center for sophisticated culture and cuisine, the drug enforcement strategies of its police increasingly assign second-class status to the city’s minority communities. Over the past several months, protesters alleging police misconduct have pummeled the city’s police headquarters with rocks and met tear gas along the usually amiable streets of this city of 240,000.

In seeking to understand the roots of the city’s divisive policing, lawyers at the Southern Coalition for Social Justice were astonished by what a recent round of public records requests produced. Not only was a federal grant subsidizing what they regarded as the most perniciously targeted drug enforcement operations of the department, but the grant — with a key “performance measure” emphasizing police report their sheer volume of arrests — also appeared to be incentivizing the department to raise its overall number of drug arrests, which overwhelmingly affect the city’s black community. SCSJ attorneys add that recently revealed evidence also indicates that the federally funded program included an illegal system of secret payments law enforcement made to witnesses who delivered successful drug prosecutions — another sign, they say, that the city’s policing has flown off the rails.

In a national context, such a discovery is not new. Groups like the ACLU have argued for over a decade that the performance measures of America’s largest federal policing grant, known as Byrne JAG, fuels racially biased, quota-driven policing in thousands of jurisdictions across the country. In this view, the hundreds of millions of dollars that the Justice Department doles out annually under JAG acts as a quiet bureaucratic buttress for policing policies like New York’s "stop-and-frisk" that have become intolerable to the communities they target and that have risen to the center of a heated national debate.

“We know that, intentionally or not, the JAG funding sets a tone, highlights priorities and guides the culture of policing in ways that impact what happens on the ground all around the country,” says Vanita Gupta, deputy legal director of the ACLU. Most pressingly, says Gupta, is JAG’s emphasis on police departments reporting their volume of drug arrests as “performance measure” of the grant. As the ACLU documented in a report last year, although there is little racial difference in the national rate of marijuana use, black people are nearly four times more likely than whites to be arrested for using pot — a major contributor to the disproportionately high numbers of African-Americans imprisoned within the United States’ exceptionally large prison population.

Gupta has ample experience with the destructive effects JAG-funded drug programs can exact on communities of color. In the early 2000s, Gupta worked on a case in Tulia, Texas, where a Byrne JAG-funded program enabled an undercover officer to fabricate testimony in a series of racially targeted drug stings that led to the arrest and imprisonment of roughly 20 percent of the town’s adult black population.

In the years following Tulia, Byrne JAG fell out of favor in Washington’s budgeting. But in the frenzied days following the financial crash, Byrne JAG made a comeback with an extra $2 billion infusion of stimulus money. In addition to this one-time infusion, Byrne JAG now continues to allocate hundreds of millions of dollars to thousands of police departments a year.

In Durham, civil rights attorneys say the city’s big award of stimulus-era Byrne JAG money has corresponded to a major rise in the city’s taste for targeting minorities for low-level drug offenses. The police department recently confirmed that, although whites account for a slightly larger share of the city’s population, blacks compose the “vast majority” of its dramatically ramped-up marijuana arrests. In the years since the large JAG award in 2009, the city saw steady increases in the share of black or Latino motorists subject to vehicle searches in which the police have no probable cause for action.

“The information we get — has it brought us to neighborhoods that are predominately of color? Yeah, I think so,” says Durham police chief Jose Lopez. “But it’s not happening with the intent of just going into these neighborhoods.” Lopez points to the fact that he is himself Hispanic and says that violence in the city’s black neighborhoods needs to be met with vigorous policing. Lopez insists that, when police departments bend to accusations of racial profiling, they can become too reluctant to bring an appropriate level of law enforcement to some neighborhoods of color, which he says can become more violent as a result. Lopez says that he is committed to preventing that from happening in Durham, where he says the overwhelming majority of the city’s homicides last year involved African-Americans.

Lopez rejects any notion the Byrne JAG money has led to an excessive emphasis on low-level drug arrests.

The secret “conviction bonuses” doled out by the city’s JAG-funded confidential informants program, attorneys say, are problematic for two reasons.  First, having knowledge of such payment arrangements is essential for attorneys responsible for assessing and testing the validity of witness testimony, and federal law prohibits law enforcement from failing to disclose them, according to Ian Mance, an SCSJ attorney and Soros Justice Fellow who has worked extensively on racial profiling in Durham. Additionally, Mance says, informant bonuses should never be made contingent on witnesses giving police their desired outcome of conviction. The Durham police department has said that its use of the phrase “conviction bonuses” was a mistake, and that it has never actually tied informant payments to the outcome of cases.

According to local news reports, the conviction bonus scandal could lead to the reopening of dozens of cases in Durham. This could be difficult, though, given that some of those whose convictions are now being called into question have already been deported.

Byrne JAG-funded programs have seen mass relitigation in the past. Dozens of people in Tulia, encompassing almost all of those caught up in the JAG-funded drug stings, were eventually released from behind bars.

Given its large scale, Byrne JAG represents a potentially rare opportunity to briskly fix a major institutional driver of the interlocked problems of racially uneven policing and mass incarceration, according to Inimai Chettiar, director of the Brennan Center’s Justice Program. “You don’t need legislation to do this,” says Chettiar. “The JAG performance metrics could be changed tomorrow. The Department of Justice could do this whenever it wanted at its own discretion.”

The ACLU’s Gupta, who has recently participated in high-level discussions with the divisions within Department of Justice most closely tied to the administration of Byrne JAG, says that the department appears more open than ever to reforming the program. In addition to urging the department to stop indicating that police departments’ performance will be judged based on sheer numbers of arrests made, the ACLU is recommending that the Justice Department require localities to report racial statistics of arrests and to make clear to recipients of the federal money that the elimination of unnecessary incarceration is a federal priority.

“Given the Obama administration’s and attorney general’s commitment to executive action to reduce the federal prison population and end destructive and unnecessary drug enforcement policies, it would only make sense for them to take a close look at the effect Byrne JAG is having on the local level,” says the ACLU’s Gupta. “It would be a huge win for justice.”