A breast cancer anthem that rocks 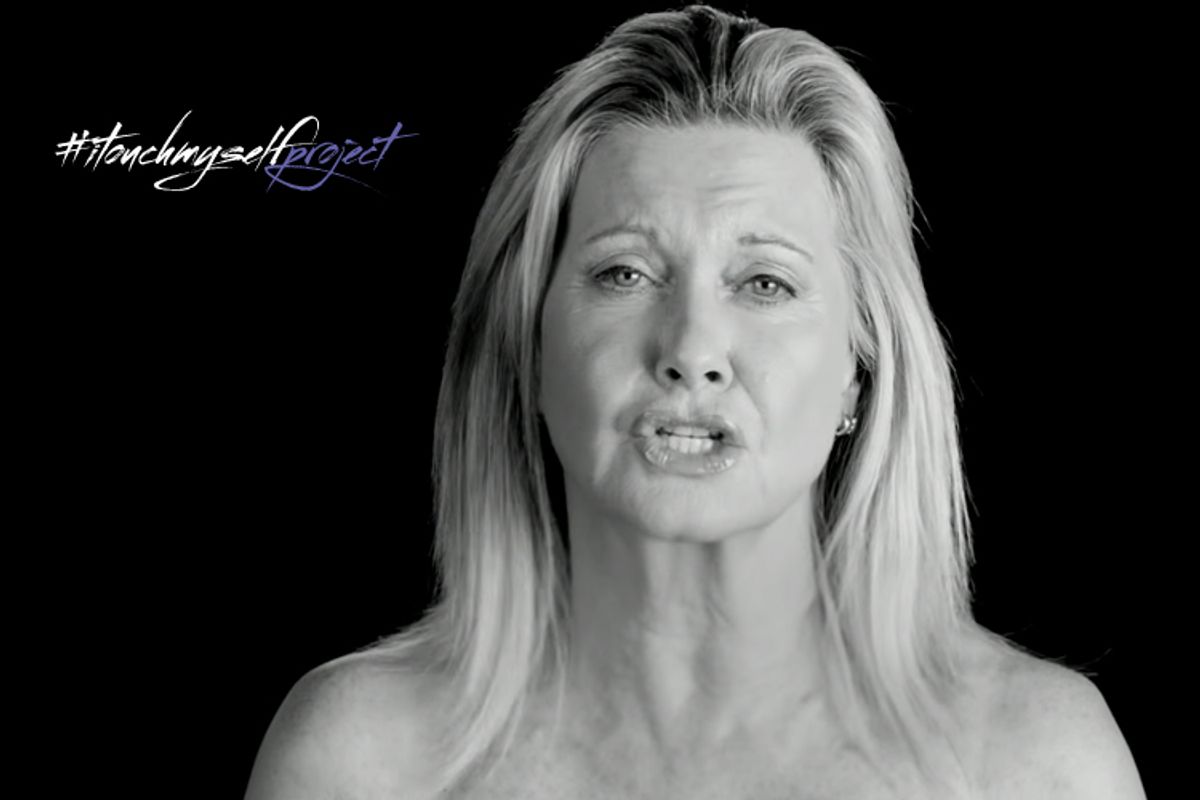 See, was that so hard? In a world in which too many breast cancer "awareness" campaigns are too cutesy, too trivializing, too oversexualized, it really is possible to come up with one that's powerful and frank. You can talk about breast cancer without making it pink and cuddly. But it's OK if it's still a little sexy. Because this campaign, after all, features one of the sexiest songs ever recorded.

It's been a year since Divinyls lead singer Chrissy Amphlett died in New York City of breast cancer. Now, her husky-voiced anthem to dirty thoughts and self-pleasure has been reworked as a tribute to the late singer – and a call to heed what her family, friends and Cancer Council NSW say was her "divine wish" – that women touch themselves, this time to check for breast tumors.

Reworking her hit into a stripped-down – both musically and visually – new version, the I Touch Myself Project features an array of female artists from Amphlett's native Australia, including self-described breast cancer "thriver" Olivia Newton-John and others including Megan Washington, Katie Noonan and Kate Ceberano. The song, which the project reminds "celebrates female sexuality like no other," features the women singing one after another, their voices an overlapping cascade of vocal interpretations. The instruments don't even come in until the song is more than halfway over. As it ends, the camera pulls back from the last woman, revealing survivor Sali Stevanja nude from the waist up, in all her beauty and scars.

Self-examination is a controversial subject in the world of breast cancer. The World Health Organization says that "There is no evidence on the effect of screening through breast self-examination," while the American Cancer Society noncommittally advises "It is acceptable for women to choose not to do BSE or to do BSE occasionally." In recent years, advice has moved away from traditional formal monthly self-exams to simply encouraging women to be aware of changes in their own bodies -- an awareness that comes from being comfortable enough within them to touch them. Amphlett knew the importance of that self-intimacy and confidence. After a mammogram and ultrasound didn't detect her breast cancer, she pushed her doctors for a biopsy anyway, because she'd found something unusual in a self-exam. Her widower Charley Drayton told the Telegraph this week, "She would have wanted us to be more in touch with ourselves and to listen to what's going on inside physically, and to be more in charge of our destiny and not wait for doctors or advisers to be in charge of us." As the Project suggests – right next to an evocative photograph of a woman's breasts -- "Know what your breasts look like. Know how they feel. And if something's changed, see your doctor." Naturally, there's also cheeky #itouchmyselfie hashtag as well, for those who wish to share.

You can advocate for women's health issues in ways that are humorous and poignant and don't shy away from our sexuality without being insensitive or "Save the Ta Tas" jokey or make it seem that the only breasts worth saving are those that are young and bouncy. You can celebrate the women who survive while honoring those who've died. You can be bold and unflinching and you don't have to use a bit of pink. And in the end, you can talk about cancer in a way that's not just meaningful, it's truly touching. And that rocks.