The 10 most horrifying fast food gimmicks of all time

KFC's Double Down is back, and it's in disgusting company 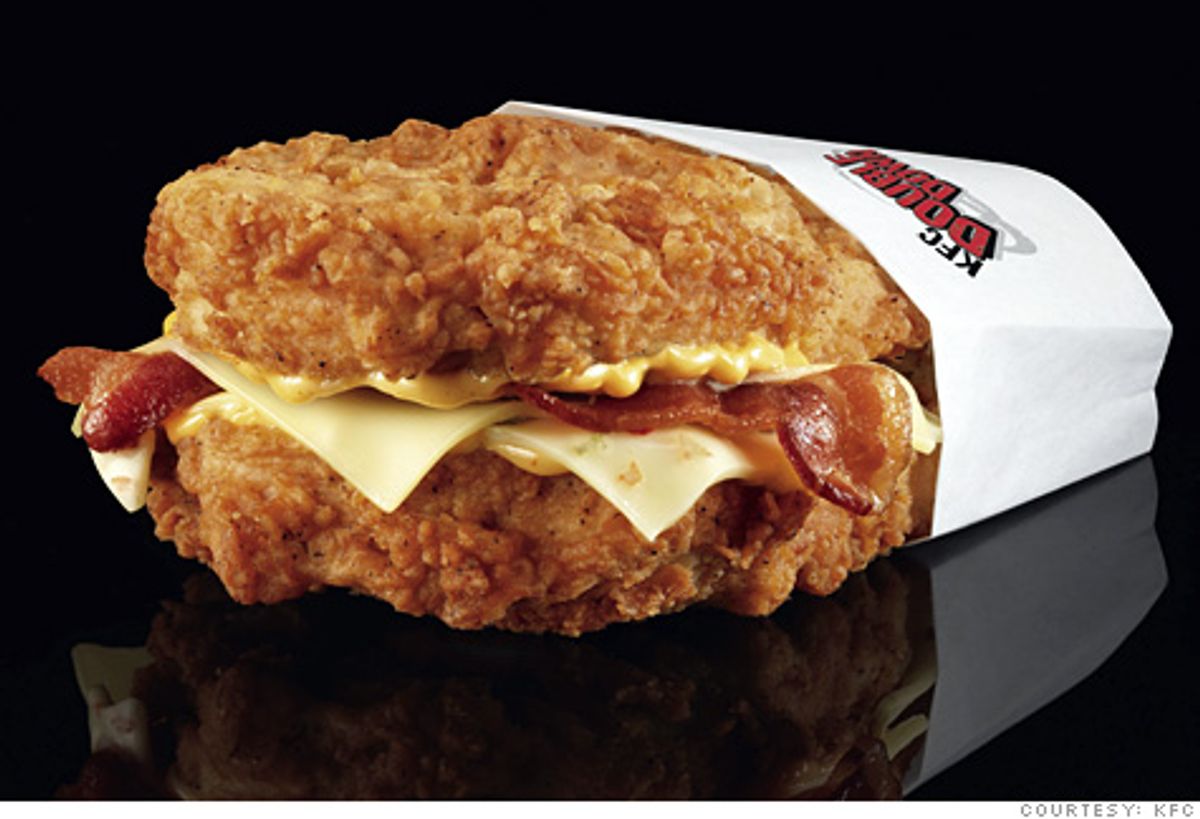 It was incredible, really, that no one ever thought to do it before: a chicken sandwich in which the bread is replaced with chicken. A "stunt food"? Sure. A "new low"? Almost definitely. It was all those things and more, which is why KFC managed to sell 10 million in about one month's time when the Double Down first appeared in 2010.

Now it's back, according to an "exclusive" from USA Today. Starting April 21, the Double Down is once again appearing for a limited run on KFC's menus. And it's in good -- or, if you'd prefer, atrocious -- company.

Despite the claims they occasionally make about striving for health, we all know fast food companies aren't really looking for approval. Let's face it, getting called out for their disgusting innovations is exactly the reaction they're hoping for when they introduce a gimmick. Then, they're hoping people try it, usually just "as a dare," and they know plenty of people are going to like it.

But looked at as a whole, the very worst fast food has to offer is almost too much to handle: