Marc Benioff, CEO of Salesforce.com, explains why tech companies need to do more than just profit 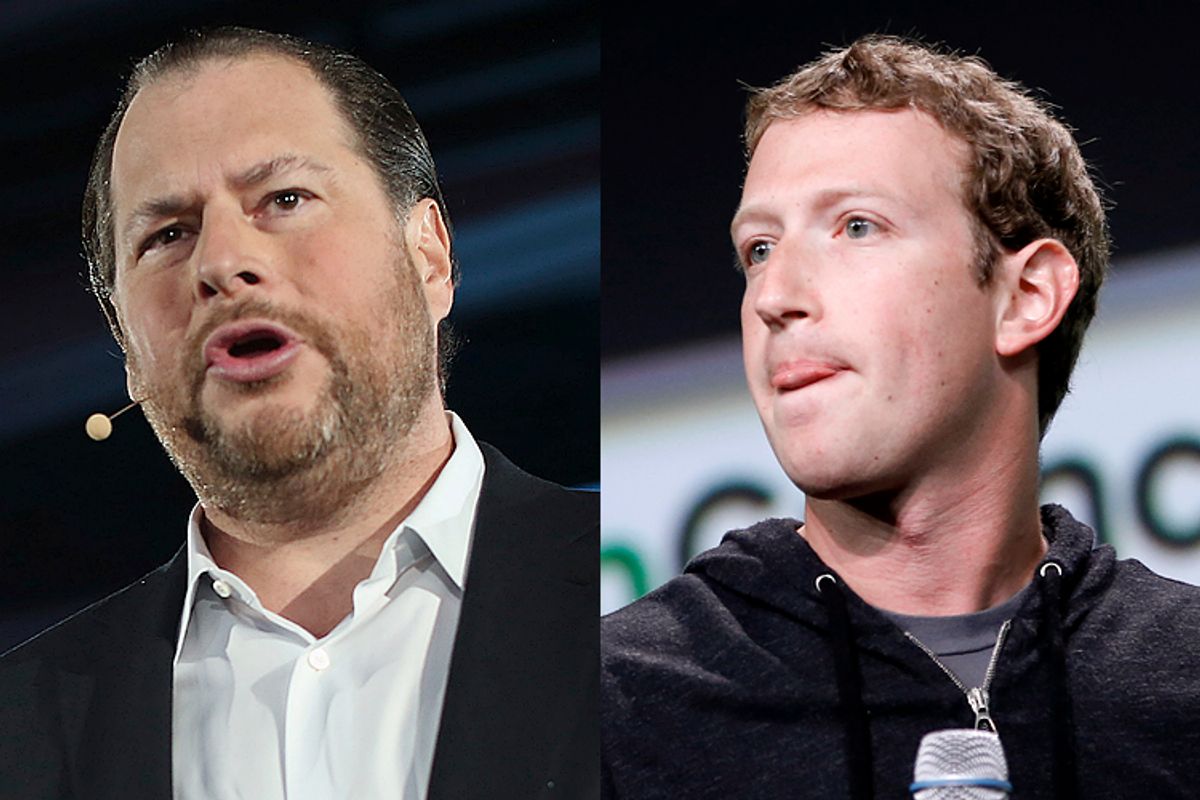 Benioff is the CEO of Salesforce.com, and he is a rich, rich man. He's also one of the tech titans remaking the face of San Francisco. The name of his company will soon be adorning the city's tallest skyscraper, now under construction. In the San Francisco magazine interview, conducted by editor in chief Jon Steinberg, Benioff explains why he is making a big push to get local tech companies to do more to contribute to the common welfare of the Bay Area. He also blames the reluctance of some of his fellow CEOs to be more forthcoming with their dollars on their ideological adherence to economist Milton Friedman's prescription that "the business of business is business."

Benioff already has a dozen or so companies committed to contributing from $500,000 to $1 million to his SF Gives fund. Facebook, however, is not yet on the list. Discussion of this point leads to some tart words for Facebook's CEO, who, implies Benioff, is more focused on his political goals than philanthropy. When Steinberg asks him why he isn't channeling his money to the Silicon Valley Community Foundation, which Zuckerberg gave a billion dollars to last year, Benioff's scorn is hard to miss.

So you see Zuckerberg’s gift as more of a write-off than a donation?

Benioff also calls for regulation of "the buses" and reform of the Ellis Act currently responsible for a rash of evictions from landlords eager to jack up rents in San Francisco. The entire interview is worth reading.