Gen X to Gen Y: We had the best music

For Generation Y, music is just what you listen to. For Xers, it defines who we are 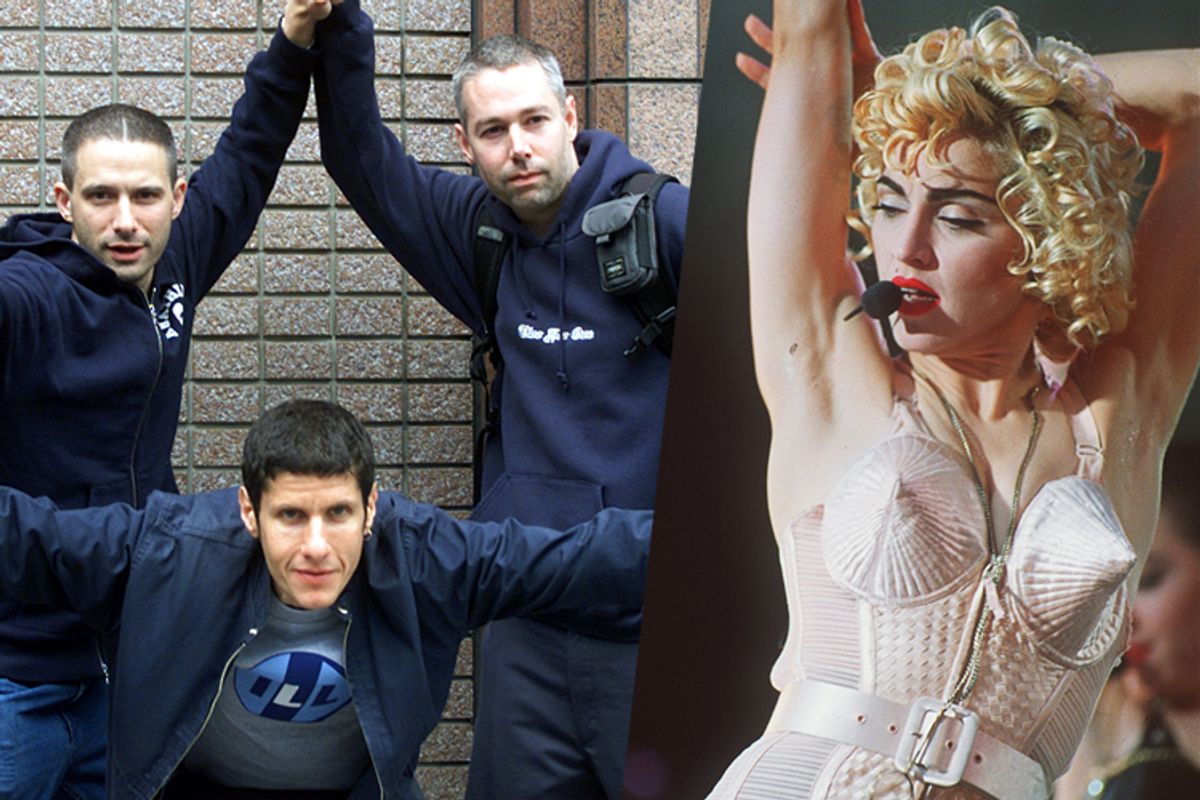 For the Generation Y perspective, click here. Excerpted from "X vs. Y: A Culture War, A Love Story"

Growing up, I thought “Good Vibrations” was the jingle for Sunkist oranges. I had no idea that it’d had a whole respectable previous life as a real song, one that young people had previously listened to without envisioning impossibly shiny citrus fruit glistening in the white-hot Florida sun. I had no idea what that song represented to the people who first embraced it, no inkling of the horror they must have felt watching that commercial.

Back before Pandemic and Spotitunes made all music equally available in exactly the same way, how we heard a band or a song was much less up to us. We heard it on the radio, or on TV, or, in the very beginning, we simply listened to the records that just happened to be in the house. Hence the first popular music I remember hearing was the following, in no particular order: the Beatles’ "Abbey Road," the "Saturday Night Fever" soundtrack, ABBA’s "Gold: Greatest Hits," "The Best of Blondie" and Melissa Manchester’s "Melissa," which featured, among other gems, “Stevie’s Wonder,” a stirring funk-by-way-of-adult-contemporary tribute. (This last influence came not, strictly speaking, from inside the house but across the hall: Believe it or not, Melissa Manchester was our next-door neighbor.)

It’s likely that I was the only person in the world listening to all of these artists with equal satisfaction; looking back, those were heady times, perhaps the only period in my life when the songs I loved were mine alone and not part of some larger cultural landscape in which I was trying to find my place. By this I mean that my generation inherited its ideas about music from the sixties and seventies, when popular music and subcultures were knitted together inextricably and what you listened to defined not only the songs on your personal soundtrack but also the clothes you wore, the people you hung out with and your political views. Disco and rock, folk and country, metal and prog rock, new wave and punk: Each had its following, and each defined a particular worldview, and those worldviews were more often incompatible than not.

The idea that a whole mini-cultural movement could be built around the statement “Disco sucks” or “Die, hippies” is hard, I think, for people of Generation Y to grasp; to them, music is just what you listen to, not what you are. They might enjoy a mix that includes everything from Carly Rae Jepsen to Bon Iver and not be considered inconsistent; for us, it’s a little different. We identify with our rock gods, with our fellow fans, and with the “ideas” or sensibilities they represent.

At some point in my life, I learned to have two musical identities: the outward-facing, Gen X–aligned one that broadcast my love for “cool” bands like Pavement, the Pixies, Dinosaur Jr., the Beatles, the Beastie Boys, X, R.E.M., A Tribe Called Quest and De La Soul; and my private self, which indulged in guilty pleasures like Madonna, Mariah Carey, George Michael and Barry Manilow. No matter how much I see the world around me changing — watch punk rock signifiers get hollowed out by teen pop stars or people who look like ravers listening to Johnny Cash — I still hold on to those old categories of cool and not cool, subculture A vs. subculture B (or vs. mainstream culture), and stand in judgment of the part of me that loves a song for its own sake. The idea that I don’t have to be embarrassed by the rather large offering of Olivia Newton-John songs in my iTunes library is one I have trouble accepting.

I will therefore continue to observe this antiquated public/private split: I will keep my Spotify feed private and dance like no one’s watching only when no one really is watching. Which isn’t to say I don’t love the “cool” bands as well; but with those bands, there will always be other dynamics at play, dynamics of coolness, of newness, of indie cred and selling out (all issues Olivia Newton-John never had to contend with). While the uncool artists were always mine in some private way, the cool ones were “ours” collectively. And as such, how much you actually liked the music was only part of why you loved the band; you loved what it said about you, what the band represented, and what it inspired, something that brought us together or drove us apart, inspired feelings of fierce loyalty or even violent outrage when somehow desecrated or misrepresented — much like my parents’ generation must have felt when watching that Sunkist commercial.