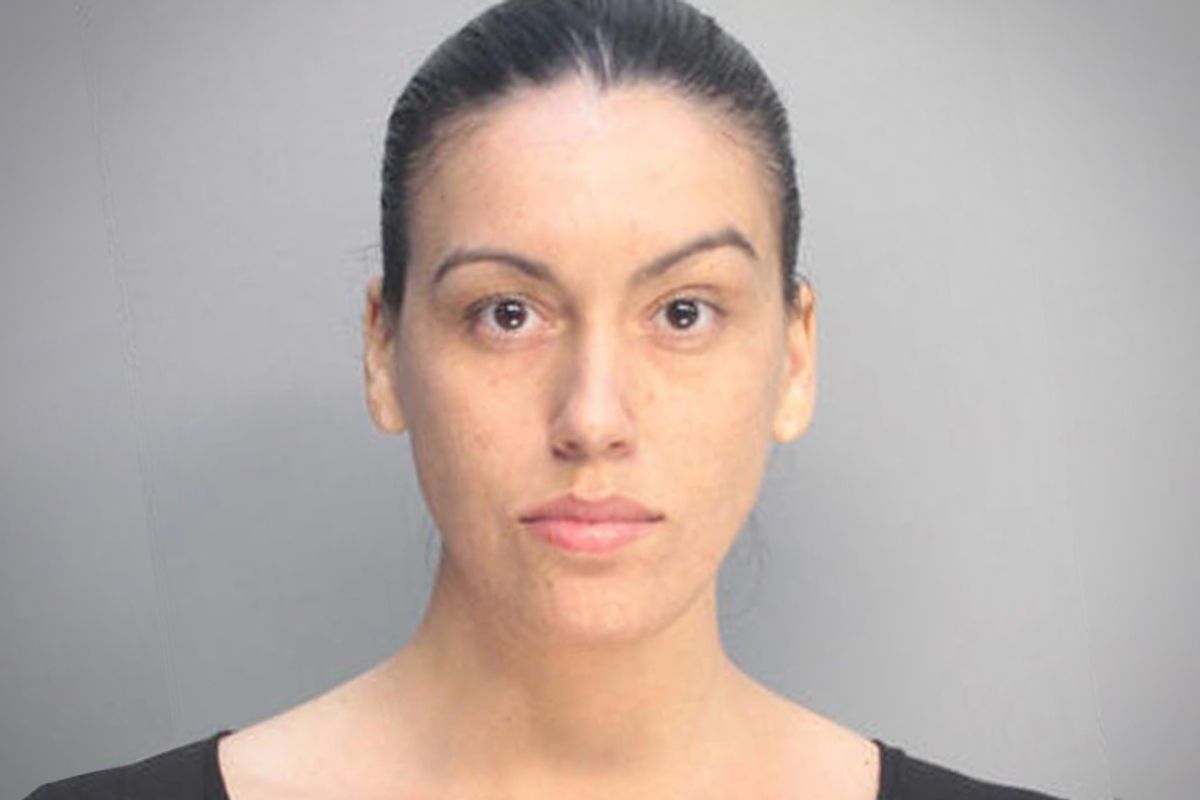 On Wednesday, Miami-Dade arrested 29 year-old fetish model Stephanie Hird and charged her with five felony counts of cruelty to animals -- just two weeks after 28 year-old Sara Zamora was brought up on eight similar charges for her role in an animal torture sex fetish video. Local authorities say that fishing boat captain Adam Redford is the creator behind the videos. Redford, who is currently on probation for an animal cruelty case in Lee County, has been named as a co-defendant but has not been taken into custody.

The arrests stem from tips from People for the Ethical Treatment for Animals – which also claims to have been the motivator behind Redford's earlier case as well -- regarding a movie called "SOS Barn." Cops say it depicts the "torturing and killing a wide variety of animals, including chickens, rabbits and more for the sexual gratification of its viewers." Earlier this month, PETA director of cruelty cases Stephanie Bell called the latest law enforcement developments "excellent news" and said, "We have been waiting for this. These videos are unfortunately in demand and it’s hard to fathom that anyone would produce or enjoy them."

The genre is aptly called "crush" and the descriptions alone are almost unfathomably repulsive. In the evidence, Hird is said to be depicted shooting a rat "in obvious pain" and then setting "fire to a pile of the mortally wounded animals." Zamora, meanwhile, can be seen in the video pleasuring a man with her left hand while "repeatedly cutting a chicken’s neck using hedge clippers with her right," karate chopping rabbits as they howl and posing "in a sexy outfit" after hacking off the head of a screaming bird. The Miami Herald reports that back in February, Hird invited on Facebook, "Are you in touch with your darkest fantasies? Have you created a life for yourself where you can experience them? I have. I am f_cking crazy." I think plenty of us would be inclined to agree.

PETA's Stephanie Bell says that the "crush" videos are illegal under state and federal laws, and to even the casual reader of the actions involved in them, they'd certainly seem obvious animal cruelty. But the question of how punishable the acts depicted in "SOS Barn" truly are is not in fact clearcut. Back in 2002, the Guardian noted that "Although the videos have been around for some time in America, there have been only a handful of prosecutions for producing them, chiefly because of the difficulty of identifying the women who do the crushing." But as the new Florida case shows, it's not just about isolating the perpetrators. Hird, for instance, says that the video is too old and that the acts in it are "outside the statute of limitations." And while calling the materials "disgusting," Miami-Dade prosecutor Jason Pizzo has also questioned whether the state can attempt a "viable prosecution."

And there are more obstacles. As the Miami Herald reports, "In 2010, the U.S. Supreme Court struck down a law that outlawed depictions of animals being 'intentionally maimed, mutilated, tortured, wounded, or killed,' saying it was too broad and violated the right to free speech." More recently, last year a federal judge in Texas dropped charges against a Houston couple who sold videos of themselves "beating a dog with a meat cleaver and stepping on a cat's eye with a shoe heel" -- which PETA also helped uncover -- on similar free speech grounds. Writing in the Houston Press at the time, Craig Malisow noted that "It appears that if you want to produce and sell videos showing the torture and death of cats and dogs in Texas, you are immune to federal prosecution." At a detention hearing, Houston animal cruelty investigator described one of the couple's "Puppy" videos in which Ashley Nicole Richards "severed the dog's head from its body and then held the head in the air. Richards continued to saw the dog's body with the knife. Richards pulled the dog's guts and organs out of the dog's body. Richards stomped on the severed dog's head. She urinated on the dead dog in the video." Five days later all the animal cruelty charges were dropped.

It would appear that with its latest push, PETA is attempting to put pressure on law enforcement and the legal system over how to handle the proliferation of this material. It's bringing to light a cruelty few of us would even want to imagine, expose it and crush it for good.