Welcome to the permanent dusk: Sunlight in cities is an endangered species

As cities grow taller, light has become a precious commodity. Is it time for it to be regulated like one? 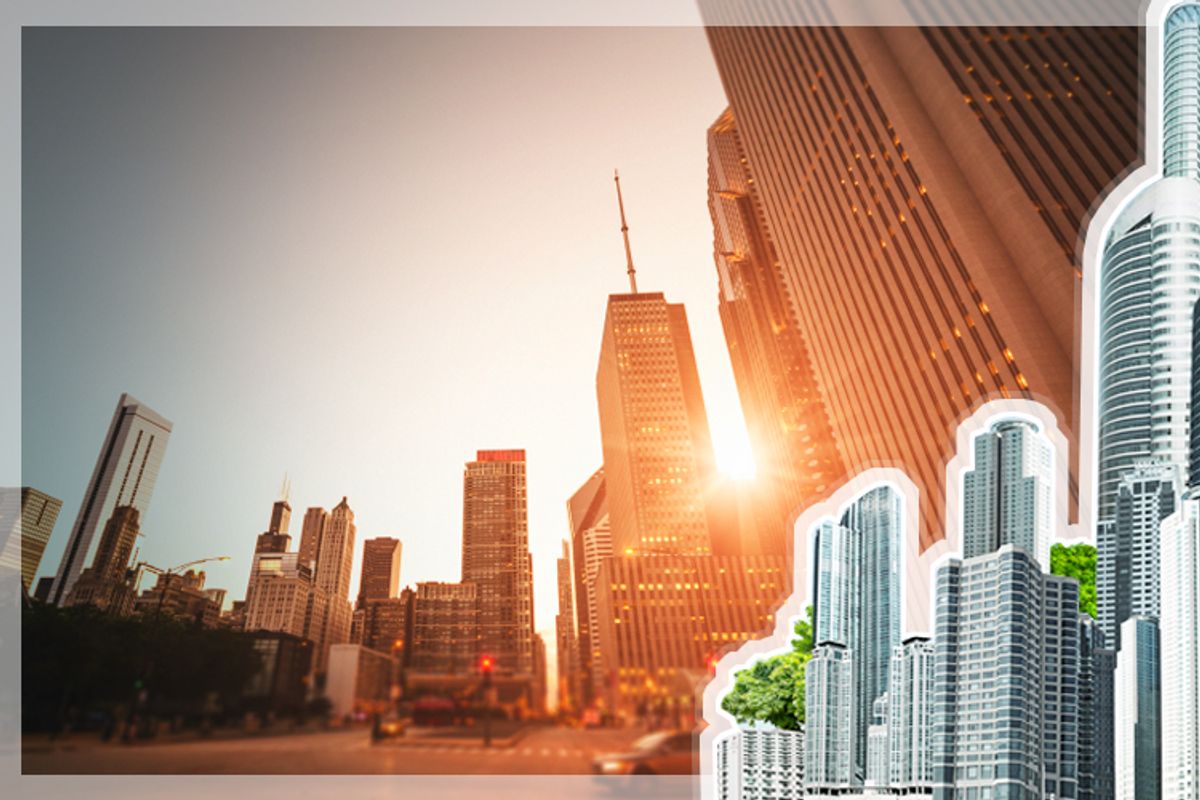 What would you pay for more natural light in your apartment? $10,000 per sunlit window, in TriBeCa? A 15 percent surcharge for an apartment that faced south, in London? An annual levy of 60 pounds for 20 windows, as the English monarchy demanded during a 150-year period beginning in 1696, under the so-called Window Tax?

Would you support a municipal effort to install a giant mirror to reflect winter sunshine into the town square? The Norwegian mountain town of Rjukan spent $800,000 to do just that. In Islamic Cairo, researchers have developed a sheet of corrugated plastic that can double the amount of light that trickles into the narrow alleyways.

The importance of light to great architecture is no secret. But in cities, where natural light is instrumental to urban design and property values, sunlight is a fickle friend. It can account for the prices of apartments, the popularity of parks, and even influence commercial rents on big avenues. Its holistic properties are obvious, but its economic benefits no less important, including the effect of solar radiation on heating costs and the burgeoning potential for urban solar panel use. But sunlight can be taken away in an instant, from a backyard, a kitchen window or a treasured park, with neither notice nor consequence.

As American cities grow taller and denser — and most everyone agrees that they must — natural light becomes a more precious commodity. Does that mean it should be regulated like one? Or would preserving current sun patterns — so-called “solar rights” — grind real estate development to a halt? Put simply: Should Americans, in their homes and in their cities, have a right to light?

Planners, lawyers and homeowners have been arguing about this for two millennia. The Greeks incorporated the sun in their city planning; the Roman emperor Justinian ensured that no neighbor could block light “previously enjoyed for heat, light or sundial operation.” In desert climes, the same consideration was incorporated into city planning with even greater verve, for opposite results. In the Mozabite enclave of Ghardaia, Algeria, streets wind and curve so that the Saharan sun cannot penetrate.

In England, as the first throes of the Industrial Revolution wrought their transformations, Parliament attempted to legislate this concept with more objectivity. The so-called “Ancient Lights” law, passed in 1832, prevents new constructions from blocking light that has continuously reached the interior of a building for 20 years. The amount of light protected is determined by “the grumble line,” the point at which one might begin to complain about the lack of light.

It’s a law that British homeowners can still invoke today, though with only partial success. On the BBC reality show “The Planners,” an 87-year-old homeowner failed to prevent the construction of a neighbor’s light-hogging extension… and the law is even less likely to order the demolition of a larger, more expensive construction.

In Japan, where tall buildings are more common, a similar law, called “nissho-ken,” is more frequently cited. As skyscrapers proliferated in Japanese cities alongside small homes during the 1960s, sunshine suits exploded, from six in 1968 to 83 in 1972. More than 300 cities adopted “sunshine hour codes,” specifying penalties that developers must pay for casting shadows. Tokyo adopted a stricter zoning code for residential areas. In 1976, the Tokyo District Court delivered $7,000 in sunshine damages to residents at the foot of a new office tower. “Sunshine is essential to a comfortable life,” the court opined, “and therefore a citizen’s right to enjoy sunshine at his home should be duly protected by law.” Such rewards are not common, though in theory a developer can be forced to pay as much as $10,000 to each shaded homeowner.

But in America, the concept of property has never been so expansive. In the second half of the 19th century, the subject was a hot legal issue, but never overcame opposition from pro-growth circles. As the New York Times wrote in 1878, “Courts have rendered decisions that the law of ancient lights is inappropriate and inapplicable in America… Our sparsely settled country, they say, has not required such a law; encouragement of building is more needed than restrictions upon it.” That same logic still fuels opposition to zoning measures today.

Quality-of-life concerns struck back. In a series of tenement laws, New York City required habitable domiciles to include features like external windows in every room. It was the seven-acre shadow of the Equitable Building, completed in 1915, that inspired the nation’s first comprehensive zoning resolution. New York’s setback laws required buildings to taper as they rose, and shaped the city’s skyline and its streets for the next half-century. Many cities followed suit.

But there are few direct protections on the books, and the issue has again come to the forefront as a rash of super-tall buildings rise in Midtown Manhattan, casting half-mile-long shadows on Central Park. A quarter-century ago, activists led by Jackie Kennedy Onassis and the Municipal Arts Society successfully obtained architectural concessions from developer Mort Zuckerman when his plans threatened to devour sunlit stretches of Central Park. Today the issue has spawned scattered complaints but no results.

If New York had a law like San Francisco’s, that would be different. Voters in the famously sun-starved city passed a ballot ordinance in 1984 that prohibited new buildings from casting significant shadows on public parks. It has since required hundreds of real estate projects to be altered, and is regularly targeted by developers for repeal.

It’s a microcosm of a much larger debate about the wisdom of zoning, and the balance between regulation and development. High-rent cities like New York and San Francisco desperately need new units of housing. Which quality-of-life requirements represent basic human rights, and which are not-in-my-backyard claims to stymie new construction in a crowded city? Some proponents of maximizing the potential for new housing in American cities have proposed repealing some of the Progressive-era stipulations for proper apartments.

The rise of solar power further complicated the debate, even as it neatly quantifies the pecuniary value of sunlight. Even decades ago, American legal ambivalence to the sunbeams was called “the single most important legal issue concerning solar energy.” These days, many U.S. states and a handful of U.S. cities have introduced “solar permits,” through which an owner can ensure that his or her solar access cannot be disrupted. In Portland, Ore., existing vegetation (i.e., a tree that grows taller) is exempted. In Ashland, solar collectors are protected from encroaching vegetation but not from new construction. Boulder, Colo., has some of the most extensive solar rights in the U.S.

Sometimes this leads to odd conflicts. In Sunnyvale, Calif., one neighbor sued another over a crop of redwood trees that were casting shadows on his solar panels. Under the state’s 1978 solar rights law, he won — the neighbors had to trim their trees to let more sun through to his panels.

Developers contend that such regulations can amount to extortion: solar panels could be used to extract limitless concessions from nearby properties. Then again, without the assurance of continuing sunlight, what homeowner could invest in solar power?