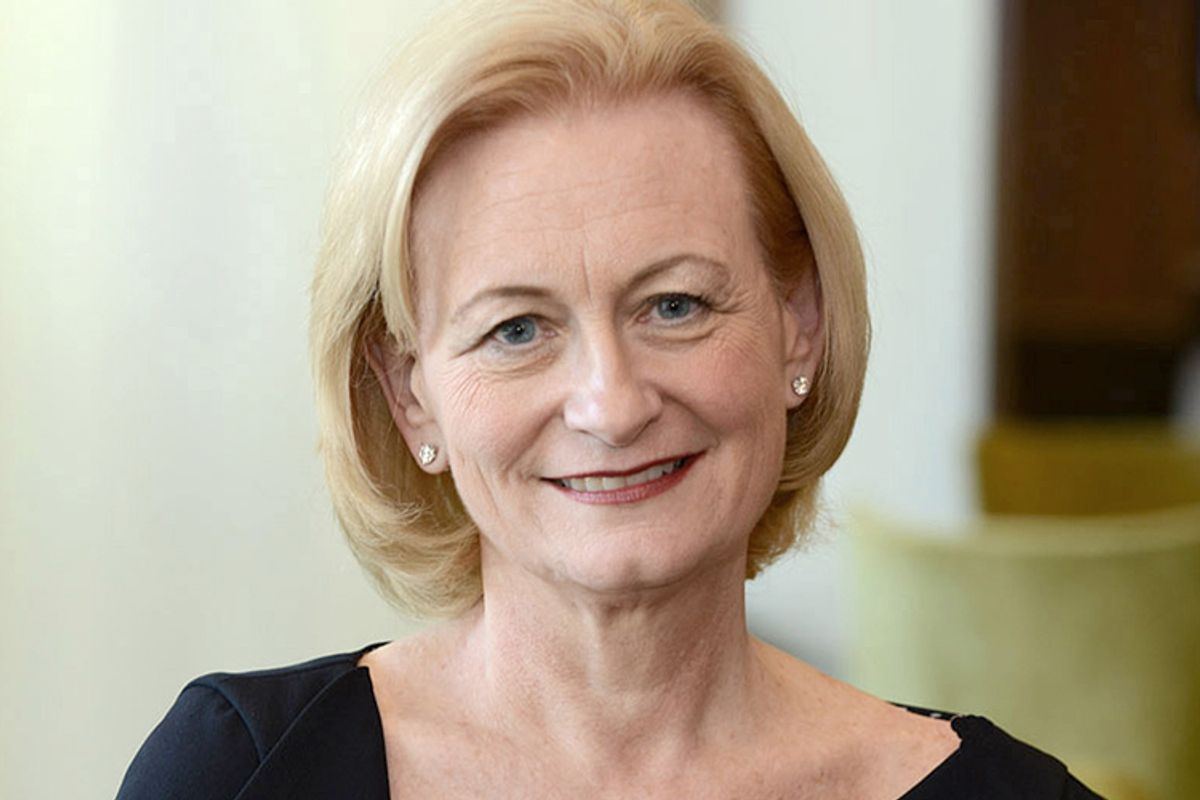 The three documents, provided to Salon on condition of anonymity, include December and February “Labor Activism Update” memos and a description of the January board meetings of the National Restaurant Association (the so-called “other NRA”) and the NRA Educational Foundation. The meeting notes are introduced with a message from NRA President and CEO Dawn Sweeney pledging “active engagement in responding to reputational attacks on our industry and the organized wage protests that have gained such traction in the last few months.” Toward that end, the January meeting report reveals that the NRA’s Jobs & Careers Committee and its Restaurant PAC both “recommended that the Restaurant Advocacy Fund provide $600,000 in additional support for the ongoing project to combat the tactics of the Restaurant Opportunities Centers, or ROC, and the new industry reputational campaign.”

Reached by email, NRA Communications Director Katie Niebaum acknowledged the set of documents “appears to be some of our member communications.” The NRA claims a staff of more than 750 people and a membership of nearly 500,000 businesses. Its annual policy conference last week was addressed by Republican House Majority Leader Eric Cantor and Democratic Senator Joe Donnelly, and punctuated by the defeat of a motion to advance a vote on the minimum wage. The NRA has for decades helped defeat attempts to raise the current $2.13 minimum for tipped workers, including in the mid-’90s under the leadership of then-CEO Herman Cain.

As union-backed one-day strikes by fast food workers have spread from a New York City walkout in November 2012 to a 100-city mobilization in December 2013, NRA representatives have made frequent media appearances to dismiss the significance as well as the merits of the union-backed demonstrations. (In one of the documents obtained by Salon, the NRA claims that “Almost every story” on the December strike “included at least a partial NRA quote pushing back on the protesters’ accusations and claims.”)

But the NRA’s private messages take a different tone. “In preparation for the [fast food] protests,” a Dec. 19, 2013, “Labor Activism Update” reveals, “NRA entered several hundred zip codes” into the Low Pay Is Not OK website (designed by organizers to help protesters find demonstrations to join), so that the NRA could “locate and track protest locations across the country." Then, "All of this information was compiled into a spreadsheet that was distributed to our chain and SRA allies prior to the protest taking place so that they could prepare for protest activity at specific locations.”

That memo, which opens by saying that it “contains sensitive information and is intended only for internal audiences and industry leaders,” repeats the industry’s public contention that “almost none of the protesters were actual workers,” and suggests that December’s strikes received less favorable coverage than August’s. But it observes that the actions “are becoming more coordinated and more centrally organized,” and “were able to manufacture ‘rent-a-mob’ protests in more cities…” It also warns its audience of “the merging of once disjointed organizing efforts within the restaurant sector,” and accuses the Service Employees International Union, the main national player funding and directing the fast food efforts, of “aggressively co-opting non-profits to do their bidding.” (Rather than “fast food,” the memo uses the term “quick service.”)

In an emailed statement, McDonald’s worker and St. Louis fast food campaign activist Jeanina Jenkins argued the memos show the campaign “has struck a nerve,” and urged fast food corporations to “listen to us” rather than “hatching elaborate plans to discredit [their] workers…” SEIU did not respond to a separate request for comment on the memos.

But the NRA’s Dec. 19 “Labor Activism Update,” and a subsequent message dated Feb. 12, shower their most detailed attention on the efforts of a relatively low-profile organization (one they suggest is also in league with SEIU): the Restaurant Opportunities Centers (ROC) United, and its network of local affiliates. Among the largest in an array of “alt-labor” groups that have sprung up to organize and mobilize workers without collective bargaining over the past two decades, ROC aims to transform the overwhelmingly non-union restaurant industry through a mix of laws, lawsuits, protests, training and media. (“Our approach,” ROC’s Sekou Siby told me in 2011, “is to surround the industry.”) While arguing ROC has recently “taken some hits to its reputation,” including withdrawing from being an Obamacare “navigator,” the December NRA memo warns ROC has been “steadily expanding its operation under the radar”; the February follow-up reports a post-State of the Union “flurry of labor activity from ROC and other allied groups that we expect to continue from now until after the 2014 midterm elections.” It reports that “NRA has been closely monitoring social media for any plans or signs of activity from ROC and other allied groups.”

Social media isn’t all the NRA appears to be monitoring. Several pages of the activism updates obtained by Salon are devoted to city-by-city rundowns of ROC activities, including not only events with elected officials or protests against particular companies, but also the descriptions posted for job openings at ROC affiliates, citations of ROC’s research in other organizations’ materials, and lists of local restaurants honored by ROC as “high road” employers. Among other factoids, the NRA memos note that a Philadelphia blog recommended ROC as a good group to donate to; that a ROC Michigan board member is also a project manager for United Way; and that ROC New Orleans “continues to offer free job training” to members. The NRA updates devote particular attention to ROC co-founder and co-director Saru Jayaraman, listing her book signings and media appearances and reporting that she “had her profile page on Wikipedia deleted by the website’s editors for being ‘basically promotional, same as her organization.’”

“It kind of made me laugh that they’re spending this much money and time and resources following us and trying to destroy us, when they could just spend that money paying their workers better…” Jayaraman told Salon by phone. She argued the NRA “acts as a buffer” that can lobby on behalf of big chains without “sullying the brands of the Olive Gardens and Red Lobsters that maybe don’t want to be associated with fighting to keep the wage at $2.13 an hour, or fighting these kinds of very ugly personal attacks.”

Along with its labor antagonists, the NRA memo tracks the efforts of a few select allies. The February memo reports that “our third party allies are working to place op-eds and letters to the editors criticizing ROC and exposing its shady past.” Its December predecessor has a section on “Third Party Efforts,” broken down into just two categories: “American Action Forum/Douglas Holtz-Eakin” and “Diana Furchtgott-Roth.” Both Holtz-Eakin and Furchtgott-Roth are economists who served in the George W. Bush administration. Holtz-Eakin is now president of the American Action Forum; Furchtgott-Roth now directs the Economics21 subsidiary of the Manhattan Institute. Along with listing and excerpting media appearances by the two economists opposing wage hikes, the NRA memo also offers a list of “tweets from Doug,” which it invites members to share in order to “join the conversation on Twitter…” An earlier sentence in the same memo lists the group ROC Exposed as one of the “third party allies” that “attacked the credibility” of the fast food protests; the NRA also offers a list of “Recent Posts and Activity” which consists entirely of ROC Exposed blog posts.

Each asked Thursday whether they’d received funding from the NRA, the Manhattan Institute said that it and Furchtgott-Roth had not (a spokesperson added that "the implication that her work for the Institute would be influenced is patently rejected"); an American Action Forum spokesperson emailed “We do not discuss whether anyone is or is not a donor”; and ROC Exposed’s Communications Director emailed, “Given ROC’s record, which includes being investigated by Congress and having a restraining order issued against it, we don’t discuss our supports and give ROC additional targets for its Occupy-style behavior.” (The Nation’s Lee Fang reported last week that former Darden Restaurants PAC staffer Joseph Kefauver, who has been presenting to executives and the business lobby on the need to push back against groups like ROC, and whose firm registered the website for the anti-ROC, anti-fast food strike group Worker Center Watch, was listed several months ago as a “consultant” for the NRA.)

Asked about the size and nature of the NRA’s “ongoing project to combat the tactics of the Restaurant Opportunities Centers”; the identities of its other “third party allies”; and whether the NRA was funding Holtz-Eakin, AAF, Furchtgott-Roth, the Manhattan Institute, and/or ROC Exposed; NRA’s Niebaum emailed a three-sentence response: “We communicate with our members on a whole host of issues, including attacks against restaurants and how we are standing up for our members. Part of our mission is to defend our industry as labor-backed groups, like ROC, continue to spend millions of dollars attempting to tarnish America’s restaurants and our industry’s reputation. We are proud to defend and protect our members, the majority of which are small businesses, from these relentless attacks and baseless propaganda.”