Lorde's paparazzi battle is about more than celebrity 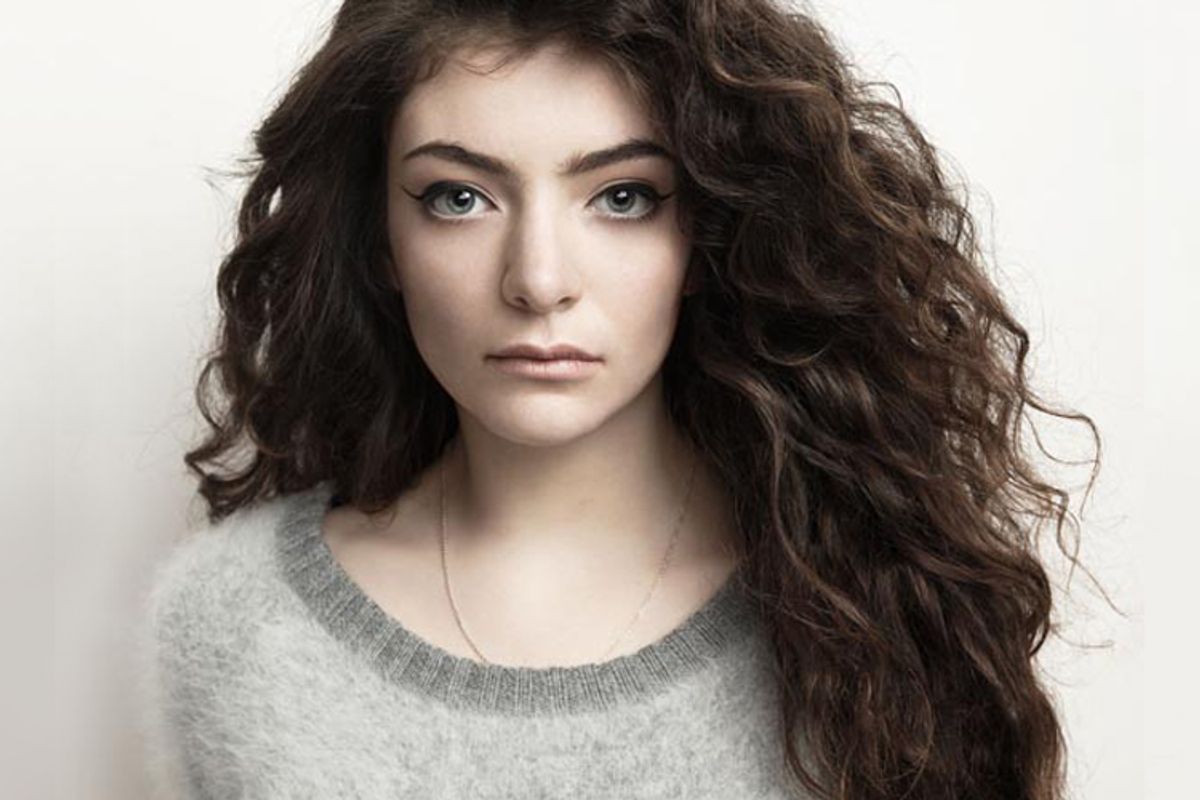 The 17-year-old Grammy winner this weekend took to social media to call out photographer Simon Runting, posting his picture on Twitter and saying, "This man has been stalking me, photographing me and refusing me privacy. i am scared of him. he frequents central akl [Auckland]." She went on to post invasive photos he's taken of Rihanna, along with a declaration that "this should not be an accepted standard for young women or anyone in this industry." For good measure, Lorde added a link to his Facebook page. It is, by the way, a remarkably private affair for a man who doesn't seem to have much interest in the privacy of others -- he's unrecognizable in his profile pic behind sunglasses, a hat and scarf, and he has a modest 207 friends. I know people whose cats have more Facebook friends. I imagine he's getting a lot of requests right now, though.

Runting has earned the scorn of celebrities for a long time now – 10 years ago he was the center of a lawsuit after he shot and sold photos of New Zealand television presenter Michael Hosking's baby twins to a women's magazine. Last fall, after he took those photos of Rihanna standing near the window in her hotel room, the singer compared him to the Nazis. Yet he's run his photos in venues as varied as Digital Spy, MSN and The Guardian.

But lately the paps have been feeling a pushback. Last summer, Halle Berry and Jennifer Garner testified before a California Assembly Judiciary Committee to plead for better protections from aggressive photographers for their children, while a Cleveland fence company donated a protective barrier to abduction survivor Gina DeJesus to keep her safe from prying eyes. And after an eloquent call to boycott from new parents Kristen Bell and Dax Shepard, this winter, "ET," People and Just Jared vowed to stop pushing paparazzi pictures of celeb kids.

Yet for all the negative attention the paparazzi – and the seemingly bottomless media appetite for catching public figures walking through airports, kissing their paramours, or chewing their lunches – have of late received, few celebrities have come out and articulated what Lorde has now made very clear. Not to go all freshman-year-women's-studies-class-aieee-the-male-gaze here, but this story is part of a far bigger problem than just Lorde and some creepy lensman. It's not just about celebrity vs. photographer. It's about men following women around with no apparent understanding of how that might be threatening and harassing. It's about a culture in which women are routinely watched, photographed and commented upon by strangers, whether they're Billboard chart toppers or just random ladies eating candy bars on public transportation. It's about a grown man who apparently makes a living following around young women. You can't – and you shouldn't – view a large portion of what happens in paparazzi photos and not consider that power dynamic. When you see a photo in the Daily Mail of a famous woman standing at a window or on a beach, unawares, remember the man hiding in the shadows who followed her to take it. Think of how scary that would feel to have your privacy violated in that manner. Perhaps now Simon Runting knows, at least a little, what it's like to be on the other side of that transaction. Powerless. Vulnerable. Scared. As Lorde tweeted, "i refuse to stay complicit and i refuse to stay passive about men systematically subjecting me to extreme fear…. i understand that this comes with the territory. i do not understand why I should be complacent."