The spill's full impact has yet to be uncovered 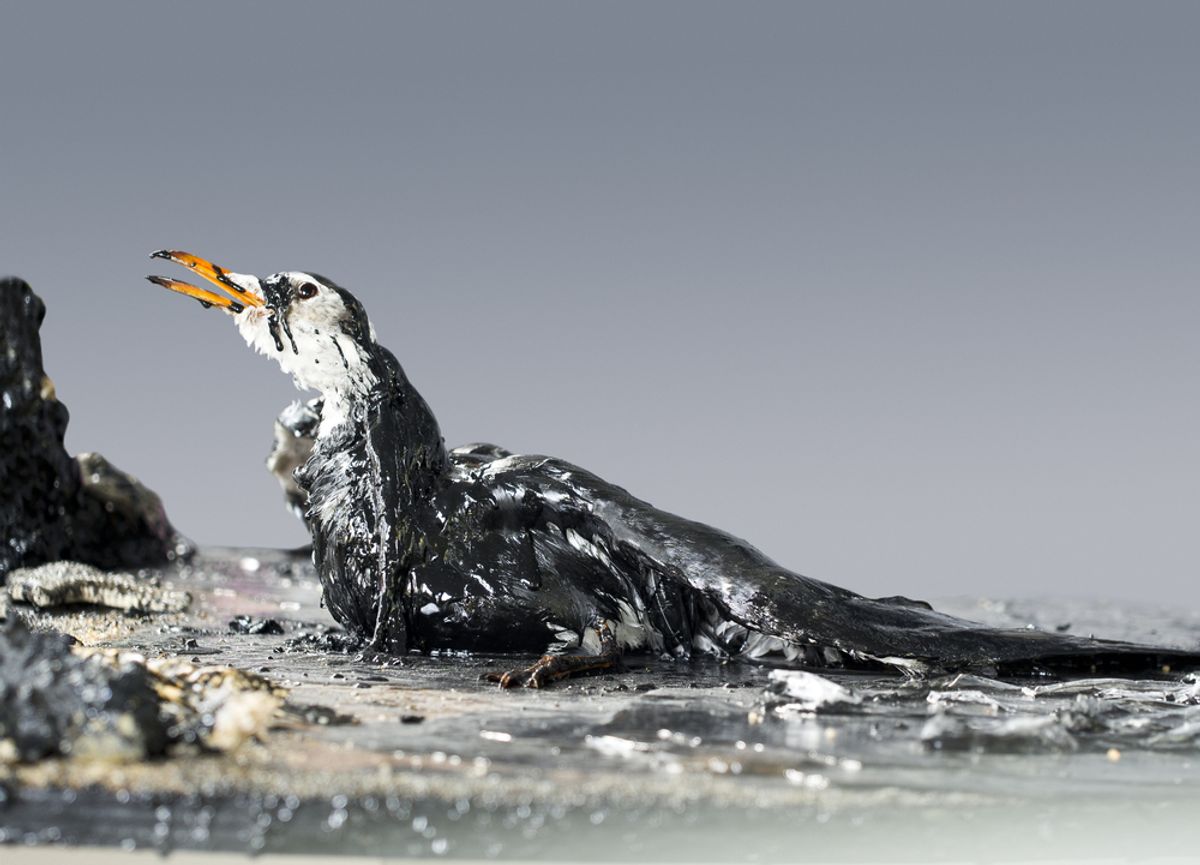 Four years later, the effects of the Gulf Oil Spill continue to be felt. And in many ways, its full environmental impact remains to be uncovered. We haven't even figured out how much oil was actually spilled in the aftermath of the Deepwater Horizon explosion; we certainly don't yet know, for example, how many birds were killed. At the time, as responders searched an area of nearly 40,000 square miles, they counted fewer than 3,000. But new research indicates that the true toll may be far higher: on an order as high as 800,000.

Some researchers say circumstances in the gulf can make carcass recoveries particularly low — among them prevailing winds and currents, as well as the disappearance of bodies before they reached shore because of factors like controlled surface oil fires, tiger sharks and decay rates in sweltering heat. And the search area encompassed more than 4,000 miles of coastline.

...The new studies were based on two established modeling techniques to overcome the challenges. A primary study estimated bird deaths in coastal waters within 25 miles of shore, which was assumed to be the farthest a carcass could drift before disappearing. Using public data on the number of dead birds found during and after the spill, they calculated the likelihood of finding a given bird by factoring in daily winds and currents, carcass drift speeds and carcass disappearance rates on shorelines from decay and scavenging, among other parameters.

The team considered only carcasses of coastal species that spend time over or in the water, such as gannets and pelicans, and that were visibly oiled.

The carcass count then dropped to 2,004 from the initial 3,000. By comparison, a recent California spill 1,000 times smaller than Deepwater Horizon yielded 1,500 carcasses.

The team’s second coastal model used data on the locations of oil slicks on each day during the spill and several days afterward. They also studied data on the numbers and habits of birds typically found offshore. The model calculated the likelihood that a bird would land in oil, an event likely to kill it by interrupting feeding patterns or causing other complications. Multiplying that probability by the estimated birds present yielded the second death estimate.

The Times is careful to acknowledge that the numbers are controversial -- the studies were conducted on behalf of two law firms representing clients who filed environmental impact claims against the oil company. BP spokesperson Jason Ryan questioned both the objectivity and methodology of the researchers. Others, however, contend that in the quest to quantify the spill's impact, findings like this are only the beginning. "This is a really big number," said Melanie Driscoll, an ornithologist with the Audubon Society in Baton Rouge, La., "and it’s still too small.”